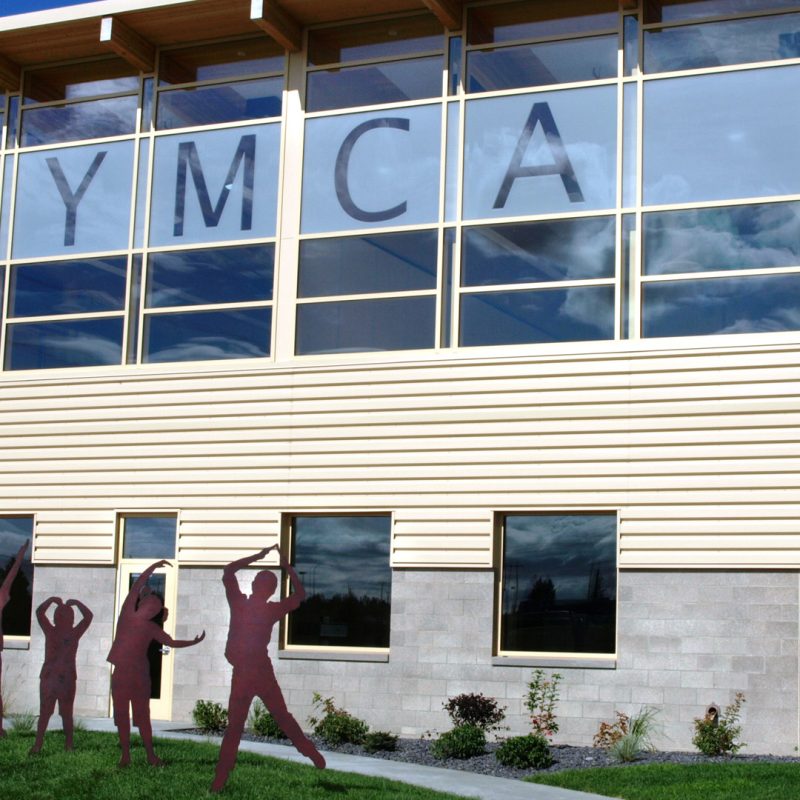 I currently intern in the Fitness department of the YMCA in Dublin, Ireland while studying for my personal training certification. I had an opportunity recently to take part in the development of a program for a client with very unique needs due to a serious, degenerative, illness: Multiple Sclerosis. One of the best things about working in fitness is the opportunity to work with a client to overcome challenges and reach new levels of personal achievement. And it’s certainly true that every client who walks in the door has a unique set of needs and concerns that need to be taken into consideration in designing their workout plan.

However, if we’re honest with ourselves, sometimes we get a little nervous of working with conditions or limitations that are beyond our normal experience. While it can seem extremely difficult, with proper research and some out-of-the-box thinking, creating an adaptive program for a client can be a rewarding process and an education for both the trainer and the client.

Because gym membership is an employee perk of the Dublin YMCA, staff members often ask those of us in the Fitness group for assistance developing their own exercise programs. A few months ago we were approached by Gillian, a woman from our marketing department, for help and advice about getting back into a workout regimen after having been absent from the gym for many years. There was one twist: Gillian has Multiple Sclerosis, and any program we worked out for her would have to be very specifically tailored to her condition. The right side of her body is the most affected, and she manifests a tremor that is a common symptom of MS.

MS is a challenging disease to work into a regular gym workout program; as a degenerative nerve disorder, it affects motor coordination, and as mentioned above, some clients will have tremor running through their body which, while it doesn’t prevent them from being fully mobile, does impact their stride and rhythm. This tremor is not constant; it can be negligible one day and quite pronounced a week later. Often, one side of the body is much weaker and less controllable than the other. These factors are a bit beyond the issues we see for most clients looking for personal training. But we felt that the team would be able to design a good program for Gillian, as long as we developed a better understanding of her condition ourselves.

From the outset, we decided to take a scientific approach to developing an adapted exercise program for Gillian. Because of my personal interest in adaptive training, our Assistant Fitness Manager tasked me with researching the literature and any studies done on MS-related exercise issues, and to develop a set of specific priorities that we would need to address while creating Gillian’s program.

The information available on MS and exercise ranges from simple “You can do it” upbeat articles that aren’t a lot of use to a personal trainer to some very in-depth medical research that is beyond the scope of what we were trying to accomplish. A 1996 study1 specifically focusing on the effects of exercise for people with MS was our starting point for designing Gillian’s program, and we also looked to the U.S. National Multiple Sclerosis Society2,3, for additional information about general exercise issues for MS patients. And now, with current research and increased awareness of the benefits of exercise for MS clients, NFPT has developed the MS Fitness Training Specialist course alongside MS overcomers and fitness experts so that there is a certificate program for personal trainers to work with MS clients.

From our research, we found three very specific challenges we would need to address:

1. Overheating. Given the nature of Multiple Sclerosis, it’s important to avoid raising core temperature too high

2. Fatigue. For MS patients, fatigue often sets in more drastically and suddenly, than for a “healthy” client.

3. Balance. This was probably the most important thing we felt needed to be at the forefront of our minds as we put Gillian’s program together. Given that Gillian does have a tremor, we wanted to pay special attention to this aspect of her training.

In addition to the written research on the subject, I accompanied Gillian on a visit to her regular physiotherapy session at the MS Society offices in Dublin. There, I had a chance to observe not just Gillian, but several other people with various degrees of MS as they worked with the Physical Therapist for nearly two hours. From that observation, we developed two conclusions that we would need to incorporate into our workout plan:

1. The line between volitional fatigue and neuromuscular fatigue is extremely fine and the trainer MUST be paying close attention to every step and every repetition of an exercise. “Almost there, you can do it!” can abruptly become “OK, I’ve got you!” as a muscle reaches total failure.

2. Balance is a crucial factor in physical activity for MS patients (this confirmed our findings from the research). As a corollary, there is a high level of personal physical interaction between the trainer and the client, from holding onto hands/arms as the client moves through exercises to being prepared to take most of a client’s weight in order to guide them to a resting spot.

Back at the YMCA fitness offices, we came up with these general principles for a program that would match Gillian’s needs:

1. In all exercises, Gillian should have three points of support (e.g. two feet stable and a wall for balance)

2. The exercises should, as much as possible, progress from upright to prone/supine with a minimum of getting up and down.

3. Focus would be on smoothness and control, versus increasing load.

4. We would avoid cardio-intensive exercise for the time being, since Gillian would be starting back up in the gym after a long absence and fatigue/overheating are such critical concerns.

We faced an additional challenge as a not-for-profit fitness team with a tight budget in a recession. While we have top notch equipment, we don’t have EVERY item that we would like to have in order to work on adaptive programs. In particular, we have no balance/ballet bars, which were very much in evidence at the physiotherapist’s office. But, just like Gillian, we adapted to our situation. By using standard equipment creatively we were able to develop a 2 day per week program that provides Gillian with a workout focusing just on major muscle groups. It also safely challenges her body so she can improve her fitness, and addresses the major concerns for somebody diagnosed with Multiple Sclerosis. She has her regular physiotherapy once a week, so all together she has three sessions per week of physical training.

One unanticipated challenge was Gillian’s own desire to go harder and faster than her body could safely be pushed. For years before being diagnosed with MS, Gillian was a competitive runner and a high performance athlete. As her trainers, we had to constantly monitor the risk of rapid-onset fatigue. To make sure she kept the  pace reasonable on the elliptical machine during warm up, we gave her a “not to exceed” level of 90 strides-per-minute. She had participated in aerobics for several years and was tempted to do calf raises and curls to the beat of the music that pumps through the gym. So we put in place a clear 2-count for raising and lowering through the exercises. Along the way, we modified the workout base as appropriate. We added the push-ups and increased the weight for bicep curls (from 1kg to 2kg) mid-way through the first month, after careful observations of the first sessions. The push-ups (or “press-ups” here in Dublin) rounded out the major muscle groups and the increased weight on the bicep curls gives her enough challenge but doesn’t pose a risk if her tremor acts up.

We have recently finished Gillian’s first full month back in the gym, and notice an increased level of control to her motion during exercises, especially on the Calf Raise and Bicep Curl. We’ve also observed an increased level of confidence in her regular movements: she now tends to take the stairs to our 2nd floor gym more often than the elevator.

At the mid-point of the first month, Gillian reported increased fatigue but attributed it to just starting out and a change-up in her medications. After the end of the first four weeks, she reports that she feels much more balanced in body, mind, and spirit. She also reports that her right side, normally her weaker side, can be used much more normally and she has less fatigue than before starting the program.

For the moment, we are keeping Gillian’s work out to light resistance, but will be increasing the load, moving from one set of twelve reps to two sets of eight reps for each exercise.

As trainers, it’s key that we treat every client as unique, and we’re pleased that Gillian trusted us to develop an adaptive program for her. It was an education for us as trainers, and it’s our hope that the program we’ve developed for Gillian can become the core of an adaptive program for other MS patients, and allows us to reach out to an underserved population in the Dublin area.