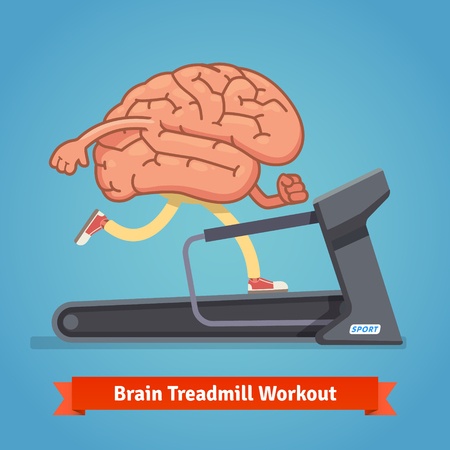 What if we were able to garner abs of steel and brains of steel at the same time? 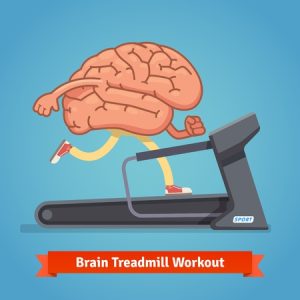 A brief glance in the mirror during a strength training session clearly reveals a fairly accurate picture of what is happening to the body with each repetition. We train our biceps hard, and (ideally!) they grow in response to the stimulus placed upon them. Be it overload, high volume, or hypertrophy training, we have visual proof that what we are doing is working.

It Doesn’t Stop With Adding Mass

Is garnering lean muscle mass necessarily the end game? As with so many properties within the human body, the benefits that we cannot see are often just as impactful as those bulging muscles. An expanding body of research indicates that exercise can actually improve the performance of the brain by boosting memory and cognitive processing speed. It would seem, then, that while exercise is benefitting the musculature, it might also be creating a stronger, faster brain.

It has long been believed that the human brain contains a fixed number of neurons – the brain cells that help us think. Determined at birth, scientists did not think the brain was capable of regenerating such cells, a process known as neurogenesis. However, studies performed on mice by Dr. Fred Gage and colleagues at the Salk University in San Diego proved startlingly otherwise.

Dr. Gage’s research demonstrated how the brains of mice that were allowed to run vigorously on a wheel actually contained newly generated neurons. Indeed, the mice that exercised on running wheels produced up to three times as many new neurons as the mice that didn’t exercise. Furthermore, these same mice easily navigated through complex mazes, leading the team of scientists to conclude that these new neurons were responsible for improved thinking and cognitive processing.

As it turns out, the human brain is likewise capable of such neurogenesis, and just like what was observed in the research lab, exercise seems to be a huge contributor to this activity. Neuroscientists at Columbia University in New York published a study in which a group of individuals, ranging from 21 to 45 years of age, began working out for 60 minutes, 4 times a week. 12 weeks later, the test subjects not only became more fit, but MRI testing revealed that their blood flowed to a part of the brain responsible for neurogenesis at a much higher volume than was observed in the control group. Scientists suspect that the increased blood flow was pivotal in facilitating the production of fresh neurons. These subjects also showed significant improvements in memory, as measured by a simple word-recall test.

In a new study, the results of which appeared in the Journal of Physiology, researchers at the University of Jyvaskyla in Finland and other institutions gathered a large group of adult male rats. After injecting the rats with a substance that illuminates newly formed brain cells, the rats were divided into groups and introduced to different workouts, with one group remaining sedentary to serve as controls.

Some of the animals were provided with running wheels, similar to Dr. Gage’s protocol; the majority of these rats jogged moderately every day, although individual mileage varied. Another of the groups engaged in resistance training. This was accomplished by having the test subjects climbing a wall with tiny weights attached to their tails.

These routines continued for seven weeks, after which time the scientists extracted brain tissue from the hippocampus of each animal and analyzed it under a microscope. The data clearly revealed very different levels of neurogenesis, corresponding to the nature of the rats’ workout regimens.

Those rats that had jogged on wheels showed the highest levels of neurogenesis. Their hippocampal tissue was full of new neurons, far more than was observed in the brains of the control group. Furthermore, those rats that succeeded in accumulating the most mileage during the course of the seven weeks had cultivated the greatest number of new cells within their brains.

Although the subjects who had participated in the strength training exercises were much stronger at the end of the seven weeks than they had been at the start, no discernible levels of neurogenesis could be observed within their hippocampal tissue.

Findings such as these lead the scientific community to sit up and take notice. According to Dr. Miriam Nokia, a research fellow at the University of Jyvaskyla who led the seven-week study, “Sustained aerobic exercise might be most beneficial for brain health also in humans.” Dr. Nokia and her colleagues speculate that distance running stimulates the release of a particular substance in the brain known as brain-derived neurotrophic factor (B.D.N.F.) that regulates neurogenesis. Therefore, the more miles an animal runs, the more B.D.N.F. it produces.

As beneficial as resistance training is for the muscular health of virtually all mammals, it apparently has little effect on the body’s levels of B.D.N.F. Dr. Nokia believes this phenomenon might explain why resistance training yielded the results it did with regard to the lack of neurogenesis in this study.

The good news is that while running seems to induce the greatest amount of neurogenesis in the hippocampus, weight training probably leads to different yet still positive changes elsewhere in the brain. Training for strength and lean muscle mass might encourage the creation of additional blood vessels, new connections between brain cells, or links between different parts of the brain.

Many neurologists believe that the loss of neurons in the brain may be a primary cause of the cognitive decay commonly associated with aging. With exercise proving to be a driving force toward enhancing the capabilities of neurogenesis, we may actually be able to have a modicum of control over our mental faculties as we proceed through our golden years.  It is important to keep in mind that individual differences in lifestyle, genetics, and physiology are likely to have some influence over the exercise effects, and additional research is certainly needed to fully demonstrate the potential of exercise as a tool in modulating debilitating diseases. However, the future does seem bright at this point in time. Perhaps we will see definitively how, in addition to our brains controlling our behavior; our rituals in the gym may actually be exercising control over our brain development!

If you’re an NFPT trainer, join the Facebook Community Group to become involved with your peers today and if you’re not, come chat with NFPT here!