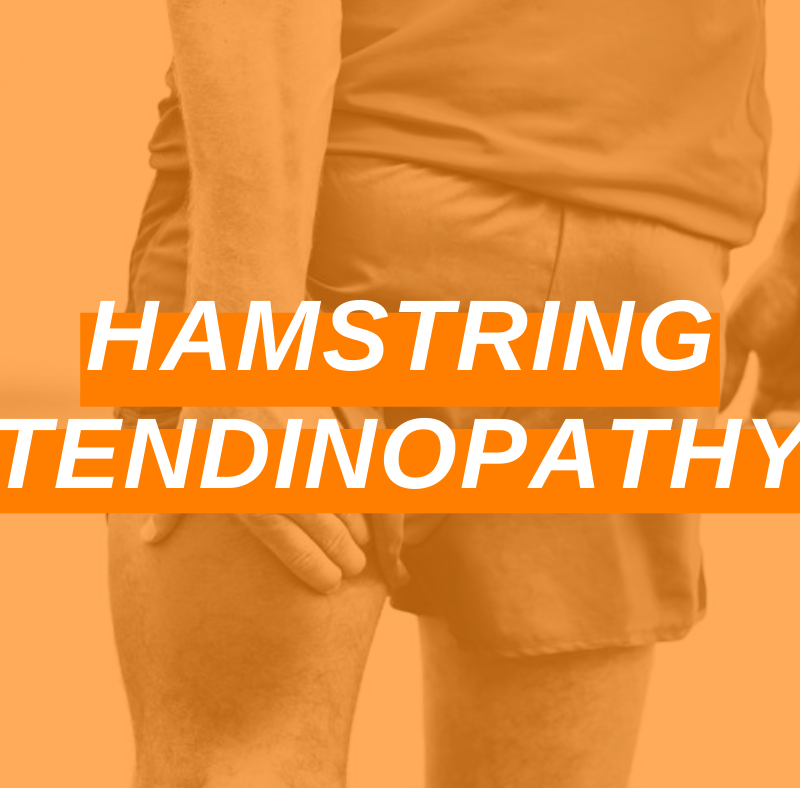 When we think of a hamstring injury, we might picture a sprinter halting mid-sprint, grabbing the back of their thigh and wincing in pain. This is an accurate image, representing an acute hamstring injury – perhaps a strain or a tear. But hamstring injuries can present in other ways, too. More chronic injuries, like Proximal Hamstring Tendinopathy, develop over time and the pain is not necessarily where we would imagine a hamstring injury to be felt.

Proximal Hamstring Tendinopathy is commonly seen in runners, but can affect anyone, and it is described by most as its most frustrating symptom: a pain in the butt.

While other muscles may be considered part of the hamstring muscle group, we will look at the three true hamstrings: semitendinosus, semimembranosus and biceps femoris.

As primary knee flexors and secondary hip extenders, the hamstrings are involved in daily activities like walking, running, and jumping. When more demand is placed on the hamstrings, whether through running faster or longer distances, jumping as a competitive sport or weight lifting, they become prone to injury.

In the scenario above, when we imagined a runner stopping mid-sprint, the strain or tear was most likely occurring in biceps femoris, which is the most commonly injured of the three muscles.

When we thought of a client, however, complaining of a “pain in the butt”, it may not be the individual muscles that are injured, but instead the tendon at its attachment on the ischial tuberosity of the pelvis.

Proximal Hamstring Tendinopathy (PHT), or high hamstring tendinopathy, is characterized by deep pain in the buttock or upper thigh with gradual onset and aggravated by repetitive activities like running, walking, or biking. The pain can also worsen with prolonged sitting.

The injury has even been referred to as yoga butt, as yoga practitioners have begun to experience this deep buttock pain due to the repetitive forward folding action and excessive stretching in a traditional vinyasa yoga class.

As trainers, we cannot diagnose Proximal Hamstring Tendinopathy but we can suggest our clients visit a specialist once these signs and symptoms have been described. Once there is a diagnosis and they are cleared to continue exercise, we can support them with cross-training as they rehabilitate the injury.

Isometric exercises are a great place to start and are recommended as the first stage of loading the hamstrings when PHT is present. Bridge holds are a suitable option for most and can eventually be progressed to a one-legged bridge. Over time, isotonic hamstring loading can be introduced when there is minimal to no pain.

Examples to begin with could be prone leg curls and hip extension as well as the Nordic hamstring exercise. Gradually increase the degree of hip flexion when loading hamstrings, eventually introducing exercises like lunges and deadlifts.

The final step would be progressing exercise and returning the client back to exercises they once performed, like bounding or kettlebell swings, or helping them return to their sport.

Moving forward, we can use our understanding of PHT to be proactive in preventing this injury from occurring, or recurring, in our clients so that training is no longer associated with a pain in the butt.