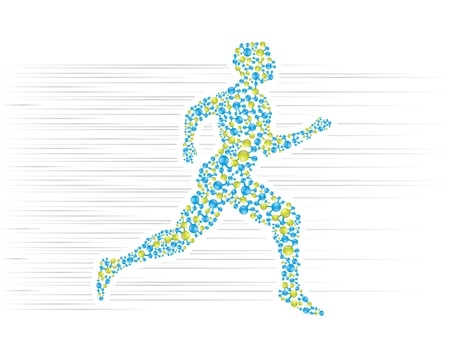 Are you stressing your clients out by altering cortisol levels during exercise? We all know that there is a sweet spot when it comes to exercise. So, is the “Stress Hormone” cortisol an athlete’s friend or foe? The answers may surprise you!

Cortisol is among the human body’s most necessary hormones. On any given day, cortisol’s primary function is to control how our body creates and utilizes energy. The mechanisms by which this regulation occurs have been studied in depth, and the quest for understanding these complex dynamics seems to be ever evolving. 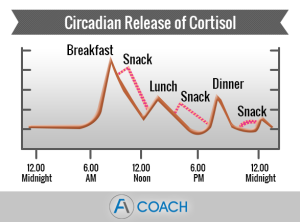 Normal levels of cortisol are essential in protecting us from everyday stress. Typically our levels of cortisol rise in the morning, providing us with sufficient energy to get our busy day started. By the end of the day, circulating cortisol falls to a mere 10% of its morning levels, enabling the body to rest and sleep.

During moments of stress, our cortisol level rises, allowing the necessary adaptation for coping with and surviving emergency situations. When the body experiences a sense of calm, such as during prayer or meditation, cortisol levels once again ease down.

In the absence of sufficient cortisol, even a situation inducing minor stress can place undue demands upon the body. For example, simply skipping one meal can lead to a full- blown hypoglycemic episode without cortisol to safely elevate the blood sugar. While each of us is naturally going to react differently to lower levels of circulating cortisol, the common denominator/end result is the reduced ability to resist stress.

The Stress Response To Exercise

When the adrenal glands are unable to launch a satisfactory stress response, the body begins to deteriorate. The more often this happens, the more the stress becomes exacerbated. This leads to greater demands upon the adrenal glands; eventually, they cease their ability to produce cortisol. Such a situation is often referred to as “a vicious cycle”, and results in complete adrenal gland exhaustion.

Cortisol has been demonstrated to align closely in relationship to exercise and training status, and overtraining in particular. Levels in excess of 800 nmol/liter are generally indicative of overtraining. High-intensity resistance/strength training, such as performing sprints or engaging in rigorous bodybuilding workouts, have been correlated with increased plasma cortisol concentrations. 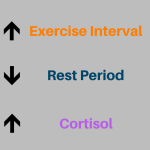 The most dramatic cortisol increases seem to occur when rest periods are short and total exercise volume is high. Upon its release from the adrenal gland, cortisol functions as an anti-inflammatory and a catabolic hormone.

In an average individual, cortisol breaks down about 1% of muscle proteins daily, which are then replaced as induced by growth hormone and insulin-like growth factor. With training, cortisol breaks down an average of 3-5% of muscle proteins daily. Overtraining releases excessive amounts of cortisol, eventually catabolizing a dangerous excess of proteins.

The acute increases in cortisol following exercise also stimulate the inflammatory response mechanisms involved with tissue remodeling. This is a necessary adaptation that helps to repair cell damage inflicted by intense workouts.

Research has shown that long-term cortisol elevations seem to be responsible for adverse catabolic muscular effects. Thus, reducing levels of cortisol is necessary in order for an athlete to achieve tissue growth and positive adaptations to exercise training.

Cortisol accelerates the breakdown of proteins into amino acids. These amino acids move out of the tissues and into the bloodstream. Eventually, they migrate toward cells within the liver, where they are converted to glucose in a process known as gluconeogenesis.

While a prolonged elevated blood concentration of cortisol results in a net loss of tissue proteins and higher levels of blood glucose, such elevated plasma glucose levels allow cortisol to provide the body with the energy required to combat stress from an intense workout. This delicate system of checks and balances defines cortisol’s effects on the human body’s energy system.

The Effect Of Vitamins On Cortisol

A research study done on 17 junior elite weightlifters looked at the effects of vitamin C on cortisol levels. Results demonstrated that the individuals taking 1 additional gram of vitamin C per day improved their testosterone to cortisol ratio by over 20%. Such a decrease in cortisol can lead to increased muscle and connective tissue hypertrophy as well as enhanced recovery from training. Beta-carotene, which is often used to facilitate or improve healthy skin function, may also minimize cortisol levels.

As we have learned, cortisol plays a number of important roles in our daily health.  It turns on the “light switches” in the body so we can get moving in the morning. It elevates during exercise to enable us to perform at a higher level without negative interference. It also acts as a buffer to stress. Just as oil in a car engine lubricates the mechanisms, cortisol enables the human body to operate at a higher pace without dangerously “overheating.”