There may be something to the advice to keep one’s “eyes on the prize.” The results of a new study suggests that by remaining focused on a specific target ahead, participants perceived the distance to be shorter and walked faster. The study compared this technique to walking while observing the environment naturally, and its findings have implications that could improve the quality of exercise.

The researchers noted that people’s motivation to exercise over a course such as when running or walking often diminishes when faced with a distance to finish that appears daunting.

The study focused on “attentional narrowing,” which affects a person’s perceptions of space. The researchers hypothesized that narrowing attention on a finish line, for instance, would lead it to appear closer, increase walking speed, and reduce feelings of physical exertion.

To test their hypothesis, the researchers designed a pair of experiments. In one, the study’s subjects – 66 adults who visited a park in the summer, were asked to stand 12 feet away from an open cooler that contained cold beverages and ice. The participants were told they would be estimating the distance to the cooler. 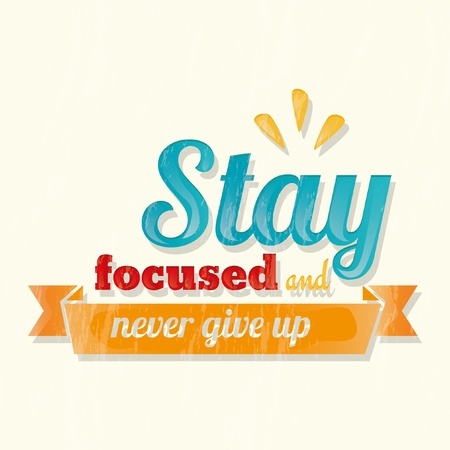 From there, the participants were assigned to separate conditions. One group was randomly assigned to a narrowed attention condition in which they were asked to imagine that a spotlight was focused on the cooler. They learned that to be effective at estimating distance, they should direct and focus their attention on the cooler and avoid looking around the environment. The second group was assigned to a natural attention condition: Participants were allowed to let their attention move naturally and in whatever way they found to be most helpful for estimating distance.

The researchers found that those who focused their attention on the cooler perceived the cooler as closer than did those in the natural attention group.

In the other experiment, the researchers used this same intervention (narrowed attention condition) to change perceptions of distance and also improve the quality of exercise. In this experiment, 73 participants walked 20 feet in a gymnasium while they wore ankle weights that added 15 percent to their body weight, thereby making the task more challenging than being in an unladen state.

Use this knowledge to your advantage when training your clients. Give them obtainable goals that they can “see” and focus on to make the road seem shorter for them. Encourage them and narrow their attention, not just with goals but with each individual exercise you take them through. Keep them focused on the goals and workouts at hand and they should go far!