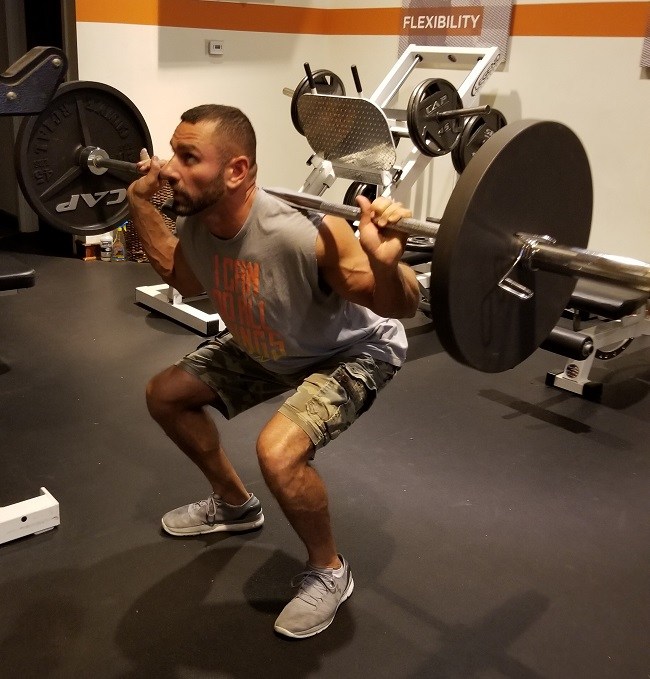 The back squat (commonly referred to as the squat) is a multi-joint compound resistance exercise that typically uses a squat rack and barbell (weighted or unweighted).

The primary hip extensors are the gluteus maximus, the semimembranosus, semitendinosus, and biceps femoris (hamstrings) while the knee extensors include the vastus lateralis, vastus intermedius, vastus medialis, and rectus femoris (quadriceps).

The squat is used to develop the gluteal, quadriceps and hamstring muscle groups. The squat is also considered a “core” exercise in that it develops the major muscles associated with a strong central core. The back squat is not typically performed with a new client who has no experience with free weight exercises. It’s best to start a new/inexperienced client out with body weight squats or wall sits to teach proper form and extension/flexion.

HOW TO DO A BACK SQUAT

For a standard back squat, execute it properly by: 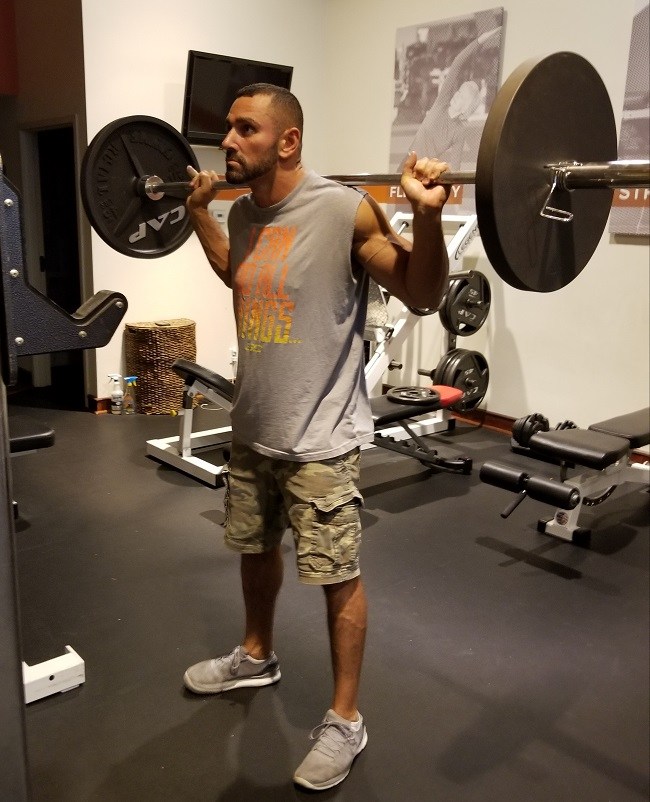 NOTES: If we were being picky about this pic (and we are), then we would suggest that his wrists be neutral (and neck too), head tilted down a little more and eyes forward. 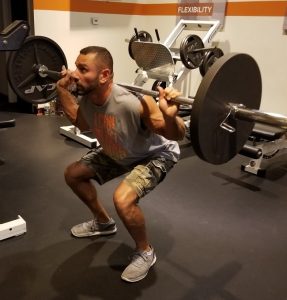 NOTE: Squat depth varies greatly based on lower body flexibility; a parallel position may not be achievable for some. Spotters are always recommended.

Variations of the Exercise

The squat can be performed in a variety of ways including the following.

[info type=”facebook”]If you’re an NFPT trainer, join the Facebook Community Group to become involved with your peers today and if you’re not, come chat with NFPT here![/info]