Despite the common misconception that those who live with multiple sclerosis (MS) should remain inactive, resting and sedentary, the opposite is true. Clients who have MS should be encouraged, active and moving. You can help get MS clients to a better mental and physical place with this course. Take your knowledge to the next level and learn safe and effective training techniques to affect positive change for MS clients.

This is an Advanced Specialty Certificate

Earning an MS Fitness Training Specialist Certificate does not require continuing education for maintenance. However, as NFPT delivers new educational information and future research results, you will be expected to review and confirm your understanding of updates that are specific to the safe and effective training of clients who have multiple sclerosis.

The MS Fitness Training Specialist Course is an advanced specialty course that teaches certified personal trainers how to safely advise clients who live with multiple sclerosis in an encouraging and active way. You’ll learn to understand MS clients’ daily struggles, needs and limitations and you’ll become qualified to provide them personal training services using the full exercise programs from the course manual and video. Those diagnosed with multiple sclerosis often feel hopeless as symptoms can be debilitating and physically and mentally exhausting. But there is hope. Through these wellness and training techniques, you can be the catalyst for positive change in the lives of your clients.

David Lyons, author of this course and founder of the MS Fitness Challenge, knows these struggles firsthand and will help you to help others. You will receive continuing education credits for this course but, more than that, you gain the understanding to support your clients’ desire to live a happier, healthier life no matter what they face. 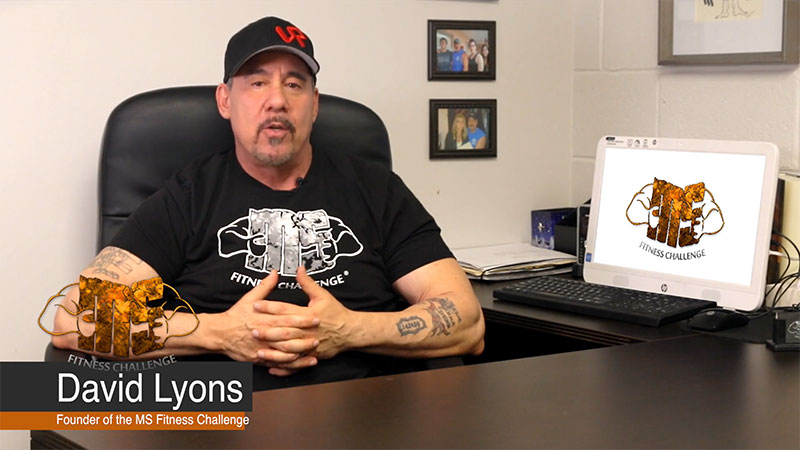 Is This Course Right for You?

If you are a certified personal trainer or an allied health professional, the MS Fitness Training Specialist Course will help you understand what it takes to train clients who live with multiple sclerosis. Exercise after an MS diagnosis is crucial for overall well being. Learn to improve the quality of your clients’ lives through specific types of exercises for both physical and mental wellness. This advanced specialty continuing education course for already-certified personal trainers lays the groundwork to train clients with multiple sclerosis. After completing this course, you earn an MS Fitness Training Specialist credential.

* Order a printed manual at checkout, if you prefer

Purchase this course to enroll.

NFPT will send course instructions and education preparation material to you.

When you’re ready, log in to your NFPT Account and take the test. You’ll receive your certificate of completion and CECs when you pass.

“I can’t believe I have qualified and passed the MS Fitness Training Specialist Course! Being a personal trainer and also suffering with MS, this qualification means a lot to me and I hope to help many people with MS like me achieve better fitness. The workbook and knowledge that you are given to learn and read through is second to none. I have actually started to use some of the training methods with a client who has MS. Even though I suffer with the illness, some of the knowledge I now have through taking this course I didn’t think of or realize. Any trainers who have clients who suffer with MS or trainers thinking of going into this area, then this is a course and qualification they need to have. Can’t wait to start making a difference in the MS community here in the UK like the MS Fitness Challenge trainers are doing in America.”

Every Rep is a Step is a network that provides support and continued education in the ongoing battle against multiple sclerosis. Join this group of experts when you become an MS Fitness Training Specialist and they can connect you with the clients who need you most.

Take Steps in the Rep Direction >>

NFPT is a proud supporter of the MedFit Network. You receive a discounted membership in the MedFit Network as a participant in the MS Fitness Training Specialist Course. Upon successful course completion, NFPT will send you the details of this opportunity to be recognized and connected with medical fitness clients in your area.

David Lyons is the founder and creator of global charity the MS Fitness Challenge, alongside his wife, nurse Kendra Lyons. The MS Fitness Challenge was developed to educate and train fitness professionals and people with multiple sclerosis about the benefits of exercise and nutrition in winning the battle against the disease. The cause is supported by celebrities, athletes and major corporations. David is the first person with multiple sclerosis to train to compete in a National Physique Committee bodybuilding contest, winning Most Inspirational Bodybuilder in 2009 at age 50.

David received the National Multiple Sclerosis Society’s Milestone Award as “an individual who is relentless in the fight against MS, achieving significant milestones…” He is a columnist for EverydayHealth.com and has been featured on major television and radio networks and featured in magazines worldwide. David works with the Multiple Sclerosis Foundation on fitness education and training and and is the executive director of the Fellowship of Christian Athletes Bodybuilding and Fitness ministry.

“When I set out to create a course for trainers to educate them on working with people who have multiple sclerosis, I wanted to find the best fitness certifying organization in the industry. After almost 40 years as a trainer/educator and over 12 years living with MS, I needed to make sure the institution I was working with had years of experience and was trusted. As founder of the worldwide MS Fitness Challenge charity, my reputation and credibility are extremely important. That is why I partnered with NFPT. It met all of my standards and is the only organization I would trust my course with.” – David Lyons