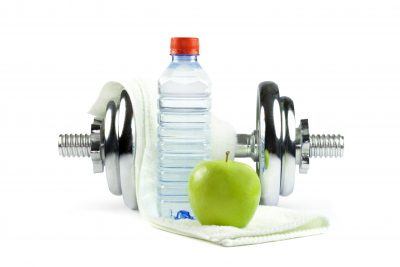 An important part of preparing for an athletic competition is fueling up. What and when an athlete eats and drinks impacts both performance during an event and proper recovery afterward.

The primary source of fuel for active muscles is carbohydrates, which can be stored in the muscles as glycogen up to several days prior to an exercise competition. What isn’t mentioned as often is that the post-exercise meal is just as important to recovery and getting ready for the next exercise session.

While the pre-exercise meal can ensure that adequate glycogen stores are available for optimal performance (sometime referred to as “carb loading”), the post-exercise meal is critical to recovery–both in an anabolic and anti-catabolic manner, and improves an athlete’s ability to train consistently.

Timing may not be everything, but it still accounts for a great deal when it comes to eating prior to a sports contest. We’ve all experienced that exercising on a full stomach is not an ideal situation; this not only contains elements of common sense backed up with empirical research. This is because blood flow is diverted in the body according to the area that requires it most. In the scheme of things, the digestive system takes a backseat to the muscles when both systems require blood flow. When the parasympathetic branch of the central nervous system is active, the body is in a relaxed, non-active mode. It is during the parasympathetic phase that digestive organs receive the most blood flow and therefore, allowed to be at its most active. This all changes as the body begins to exercise. It is at this point that sympathetic branch of the nervous system kicks in and both heart rate and stroke volume are increased in order for the heart to pump more blood.

Meanwhile, the vessels that serve the active muscles become dilated because there is a surfeit of oxygen detected by chemoreceptors and local metabolites, such as carbon dioxide and lactate. This leads to a vasodilation, or expansion of the arteries and arterioles serving the active muscle, thereby allowing for increased blood flow and more oxygen to the areas that require it. This diversion of blood flow during various physiological situations is known as a “vascular shunt”. Similar shunts occur toward or away from the skin during hot or cold conditions, respectively.

Furthermore, any food in the stomach just waiting to be digested during an event may result in an upset stomach, nausea and cramping. In order to ensure there is enough energy present for the contest, yet reduce stomach discomfort at the same time, a meal should be allowed to fully digest before the start of the event. The amount of time this takes varies, but it is generally 1-3 hours, depending upon the nature and the quantity of what was consumed. In general, foods to be avoided include products that contain milk, are high in fat or high in fiber, such as beans or nuts. Because everyone is a bit different, it is important for an individual to experiment prior to workouts to determine what works best for him or her. Do not experiment with something new on the day of the event, however.

For an early-morning race or workout, it’s best to rise early enough to eat a pre-exercise meal. If time does not allow, aim to eat or drink something easily digestible about 20-30 minutes prior the event. The closer to the time of the event, the less that should be consumed. As a practical matter, a liquid meal closer can be consumed closer to the start of an event than can a solid meal because the stomach digests liquids faster.

Because glucose is the preferred energy source for most exercise, a pre-exercise meal should include foods that are high in both simple and complex carbohydrates and that are easy to digest. This includes foods such as pasta, fruits, breads, energy bars and drinks. Meal composition before exercise is something the athlete can determine based upon experience, most often through trial and error. But some general guidelines include eating a solid food 4 hours before exercise, having a snack or a high carbohydrate energy drink 2-3 hours before exercise and focusing on fluid replacement 1 hour before exercise.

The Importance of Carbohydrates Before and During Exercise

Among the most researched in exercise physiology is the effect of carbohydrate feeding on performance.

Exogenous carbohydrate means carbohydrate from outside sources or that you are being fed at that moment. Endogenous carbohydrate is what is “stored” already in the liver and muscle. What many researchers have tried to find was whether endurance athletes could either 1) finish their race faster, 2) maintain a given intensity longer or 3) are able to reach higher performance level after a pre-exhaustive trial. In general, the results have been mixed. Most research has found that either a carbohydrate loading that is done several hours before the trial, or carbohydrate intake during the trial will enhance performance.

The first nutritional priority after exercise is to replace lost fluids. In general, the best way to determine how much to drink (either in the form of water or a sports drink) is to consume 20-24 ounces of water for every pound lost during the event. This may seem high, but it is necessary to return the body to a balanced state of hydration.

It is also important to consume carbohydrates, such as fruit or juice, within 15 minutes after an athletic event in order to help restore glycogen levels. Some research has found that consuming 100-200 grams of carbohydrates within two hours of endurance exercise, for example, is essential to re-build adequate glycogen stores for continued training. This window is important because waiting longer than two hours to eat results in 50 percent less glycogen stored in the muscle. This is because carbohydrate consumption stimulates insulin production, which aids the production of muscle glycogen. However, it should be noted that the effect of carbohydrates on glycogen storage does reach a plateau.