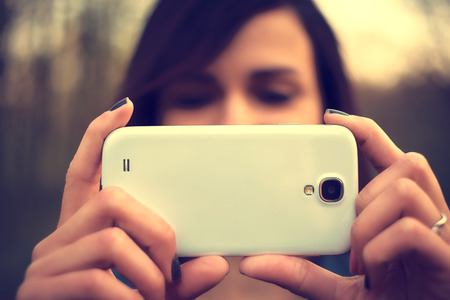 *It was bound to happen. A snapshot in time, taken in the most private of moments (in the club locker room..the shower no less!) and it’s shared with the world in the most shameful way possible, to ridicule and belittle. And, to make matters worse, this victim’s photo is distributed by someone who has over 550k followers…shame on YOU Dani Mathers!

When news broke about Playboy Playmate, Dani Mathers, body shaming a woman, who she took a pic of while the woman was showering, and shared it via snapchat with her comment ‘if I can’t unsee this then you can’t either!’ Little did Dani know, her actions were more revealing of her own character than they were of the victim she was harassing…and she’d pay the price in public backlash. Personally, I’m appalled and I feel strongly that Dani Mathers deserves an impactful consequence, beyond that of her disingenuous response-created apology. I do give props to LA Fitness for banning her from stepping foot in any of their health clubs, but I do think that the victim in this case should make a stand against this, using any and all legal means possible, to send a loud and clear message of intolerance for this kind of behavior.

I believe that this victim has been called out for a purpose – to stand up for those who get run over by the entitled ‘beautiful’ elite (I hesitate using that word, because, IMO, this Dani Mathers is the exact opposite of beauty). Did the thought cross Mather’s mind that her victim should be praised for being in the gym? Probably not.

Coincidentally, I wrote this piece about this very subject last month…and now, by some divine circumstance no doubt, it’s ready to be published and talked about…let’s keep this conversation going.*

You’re in the club getting your workout on and over to your right you notice a woman on a treadmill in high heels. To your left, there’s the guy trying to pick up way too much weight on the deadlift and you’re seeing more of his back side than you care to. You want to get out your phone, snap a pic and share some laughs with your Facebook buddies.

But what if it was you that I want to take a picture of? Think before you take that pic. 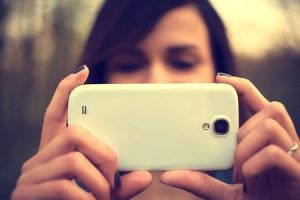 If you didn’t step into a photo, ask or be asked to be in a photo, or pay to have someone take your photo… then there is a reasonable assumption that you have declined being in that photo. Unfortunately, however, that doesn’t mean that someone can’t take your photo in a public place, even the public common areas of the club, and get away with it, legally. It’s a jerk move, but not a criminal one.

Under common law, ‘privacy’ is the right of people to lead their lives in a manner that is reasonably secluded from public scrutiny. But the word ‘reasonably’ is somewhat arbitrary. There is of course ‘reasonable expectations of privacy’ that are very cut and dry, even for a public place…i.e. a public restroom. However, public places, where you are not undressing and where people freely move about in a commonly shared space, are not so protected.

Might we consider a spin on the golden rule for today’s armchair photographer: “take a pic of another as you would like another to take a pic of you.” At one point or another, we have all been in a private setting, compromising situation or in a less than flattering moment that we’d be appalled to see a snapshot in time of. In my opinion, it is reasonable to have an expectation of privacy that does not infringe on that moment you were picking your nose or yawning in church (or taking a shower for heaven’s sake!!!*)

We have reasonable expectations made of us every day. Like waiting in line and not getting mad about it, or courteously holding the door open for the elderly woman walking in behind you (my hope is that this is an across-the-board expectation for all)…but, let’s face it, we’re now living in a world of seemingly less and less emphasis on the expectation of self and more and more on spotlighting the flaws of others.

Unfortunately, my opinion on the reasonable expectation of privacy does not represent the actual law; state and federal privacy laws are mostly nonexistent on the specifics of recording people at the gym (unless of course it is the locker room or restroom). Recourse regarding privacy in public settings is limited. Meaning, it’s a difficult pursuit to sue someone who took your picture from a public place. You are more relying on the good nature of others or on your own paying attention to the iPhotographers around you. But maybe this will help…

If this isn’t part of club policy, then policy statements need an update. It is very likely that when you signed a membership agreement to join your club, you also signed a privacy declaration. Privacy and confidentiality policies are crucially important and must be adhered to by all members and club staff. A breach of policy is handled on the individual club level, maybe resulting in termination of employment or gym membership.

The unfortunate part about policies of this nature is that they are often difficult to catch, or seen as a minor technicality (until hindsight is 20/20). As a club owner, manager, or personal trainer,  a priority should be placed on enforcing this policy and notifying/reminding members. Consider using posters or other communications to get the message across that this is unacceptable in your club. As a club member, be aware that, though difficult to pursue legal recourse, it is not difficult to request the removal of someone from the club who is violating your right to privacy in accordance to club policy. It is also prudent, as a club member, to make sure that these policies are in place within your club.

Make it a teachable moment

Seeing someone performing an exercise incorrectly is a great opportunity to step in and help, as opposed to taking a photo for a good laugh between friends. Club trainers are generally encouraged to walk around the gym floor looking for opportunities to help people. The root of the job as a trainer is the desire to affect positive change and help people to achieve their health and fitness goals. Whether or not you’re a personal trainer in a club, you’re still working out in your club. Certainly there is an underlying appreciation for the will and drive that gets people to the gym, regardless of their body type or what they might be wearing. Use the will and drive that got them there to make a positive difference. A professional personal trainer and a courteous club member would refrain from the laugh and instead be encouraging to the people who decided to come to the gym today and not surf channels instead.

As the club owner, look for opportunities to keep people coming back (i.e. help them by showing them how to properly perform the exercise) while also protecting your club against the risk of injury or personal attack. That woman on the treadmill in heels actually poses more of a safety issue than a privacy issue; so stop her before she falls down and hurts herself. And, if you notice someone taking her picture, stop that too before you have a dispute on your hands. These are risks not worth taking and can be proactively cut off before there is a potential incident. Use these moments to teach someone.

You have the right to ask the iPhotographer to put it away if they are attempting to take pictures of you or others in a way that makes you feel uncomfortable, regardless of where you are. If it is particularly damaging, i.e. you’re in a locker room and notice someone taking your picture in this very private setting, you should escalate the situation as the situation calls for it (i.e. ask them to stop and demand that the picture/s/ be deleted while in your presence, call the club manager/owner or, if necessary, the police). You would be doing yourself a service, but you would also be helping other potential victims of a privacy violator.

It is easy to capture a moment in a literal flash, but unfortunately it’s also easy to use it at the expense of another. For some, it may seem harmless enough, but may we all be so lucky not to be the butt of someone’s joke (literally so if you’re in the gym and your yoga pants split in the down dog. May no one be behind you with their phone out). Before whipping out the cell to snap a pic of someone’s unfortunate or embarrassing moment in time, or their failing wardrobe or incorrect form (or, worst of all, because you want to body shame people*), just think about it, you must have been there once (or twice). Don’t be a photo jerk.

*additions after the fact (i.e. after Dani Mathers’ reminded us of how important this topic is. We added to the article and moved up the publish date because of its clear relevance. Please comment with your thoughts and/or experiences with this subject. Thanks!