Patterns of modern living have channeled the average senior into an increasingly sedentary existence. Human beings, however, were built for movement and it appears that physiologically they have not adapted well to this reduced level of activity.

“Regular exercise” is necessary to develop and maintain not only an optimal level of health, but also more youthful appearance, improved posture, mental clarity and high energy.

Exercise has also been found to aid in weight control and to increase muscle strength and endurance. It does this by enhancing the function of the lungs, heart and blood vessels. It also does it by increasing the flexibility of the joints and by improving coordination and efficiency of movement.

For many seniors with sedentary lifestyles, physical activity provides an outlet for tension or mental fatigue.  In fact, exercise physiologists and medical researchers are now discovering that our sense of happiness and well-being is greatly influenced by the presence of certain chemicals and hormones in the bloodstream. Exercise stimulates the production of two chemicals – norepinephrine and enkephalin – that are known to lift the spirit.

Research shows that most seniors could ban the blues with a simple vigorous 15 minute exercise session three times a week. Fifteen minutes of exercise will double the body’s level of this depression-destroying hormone — and the effect is long lasting. Norepinephrine would seem from research to be the chemical key to happiness.

Another fascinating area of study is on endorphins and their effects on mental well-being. Since these morphine-like chemicals were identified two decades ago, they have been credited with serving as the body’s natural opiate, helping us deal with pain and producing feelings of euphoria.

Research has shown that there is more than a 145% rise in endorphins during 45 minutes of vigorous exercise. Endorphins are the key to a positive mood and an increase in pain tolerance. The better shape one is in, the higher levels of endorphins the body appears to release.

Another chemical that lifts your spirits naturally is enkephalin, a substance produced in the brain during vigorous aerobic exercise. Enkephalin is released into the system when you move from left-brain activity to right-brain activity, that is move from ordinary consciousness into an altered state. Every process within the brain triggers –and is triggered by–chemicals. An altered state of consciousness feels good and is beneficial. This accounts for much of the popularity of meditation, resistance training, brisk walking, running and basically any type of cardiovascular exercises. These are all activities that cause you to shift from left-brain activity  to right-brain activity, and which in turn release enkephalin.

Research is also abounding in how exercise can work in conjunction with classical psychotherapy. Exercise has a positive effect on depression. It’s not a panacea, but it’s a useful adjunct for treating depression. As depression becomes as widespread as the common cold, exercise takes on an even greater therapeutic importance.

In the same way that a sedentary way of life negatively affects physical well-being, for seniors, it also has a negative impact on mental health. Anxiety, tension, depression and insomnia can be traced to a lowered level of activity–and respond therapeutically to an increase in activity. The problems of anxiety, tension and depression can be addressed through exercise.

Many psychological and physical problems can be traced to a negative self-image, to an individual’s dislike of his or her person. Part of this self-defeating attitude can be sparked by inadequate exercise.

Exercise has a beneficial effect on self-image, thus creating a better attitude. This happens because exercise changes an individual’s attitude and well-being from that of passive bystander to active participant. As such, each one of us can have control of our health and the quality of our life.

One of the longer term benefits from exercise is an improved figure, posture and energy level, all having a positive effect on self-concept. Another benefit of regular exercise is that the more energy you put into it, the more energy you get out of it. Unfortunately, the reverse is also true; those who are laid up for a time quickly fatigues and experience the atrophy of muscles.

Part of the reason inactivity leads to fatigue has to do with the way we store up adrenaline. Activity uses up adrenaline. If it isn’t used, adrenaline saps energy and decreases the efficiency of the heart. Thus the downward spirit of energy you feel at the end of the day will only be worsened if you come home and collapse in an easy chair. Exercise will get the metabolic machinery out of the closet and you’ll be refreshed and ready to go. That’s an incentive for those exercise sessions and workouts! 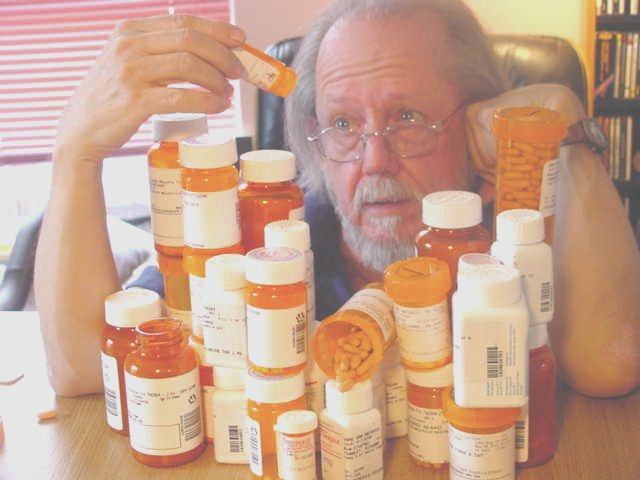 Another symptom that can be eliminated with regular exercise is tension. Most professional personal trainers feel that a single dose of exercise works better than a tranquilizer as a muscle relaxant among seniors with symptoms of anxiety and tension–without medication and undesirable side effects.

Exercise helps you deal with tension and provides a healthy release. This is the key to a good night’s sleep, a necessary component of mental well-being.

Chronic tension is known to be associated with numerous bodily malfunctions such as ulcers, migraine headaches, asthma, skin eruptions, high blood pressure and even heart disease. Psychological symptoms include irritability, touchiness, moodiness and depression. Exercise has been shown to relieve most of these symptoms. It does this by pulling the plug on pent-up tension.

Most researchers point to the need for a combination of weight training and aerobic activity to produce truly beneficial psychological and biochemical changes. This is also true for cardiovascular improvements. This is why the emphasis is placed on resistance weight training, jogging, brisk walking, swimming and other forms of aerobics.

How often are we presented with a means to take control of our psychological and physical well-being through something as enjoyable and rewarding as exercise? The message is clear. A well-designed physical fitness program can add years of fulfilling, vibrant health. And that knowledge alone has a potent positive effect on mental well-being.