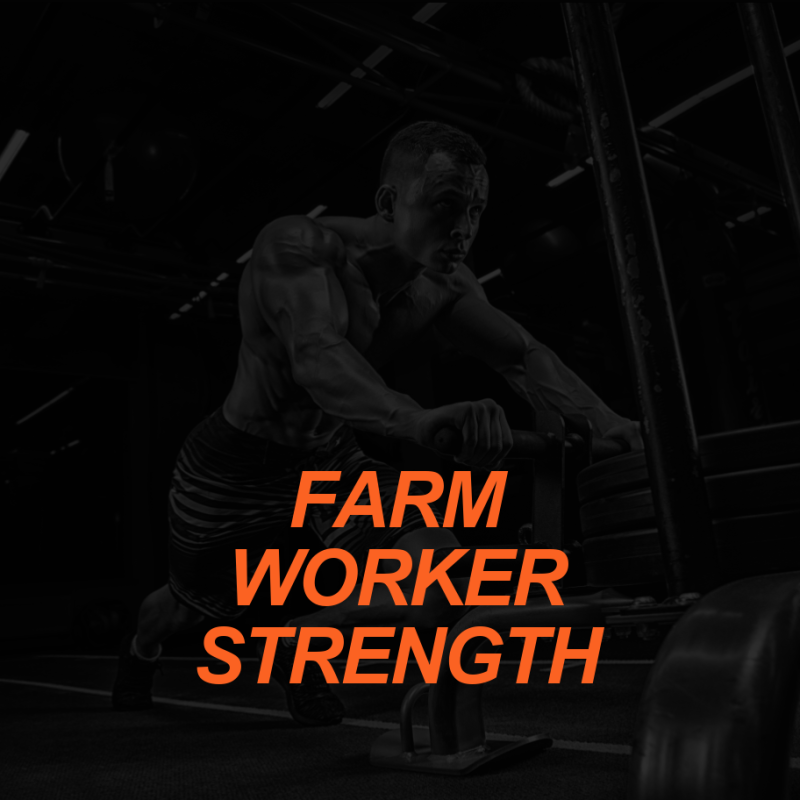 Developing farm worker strength is no longer an endeavor for those working a farm. Personal trainers can learn how this foundational strength is developed and help their fitness clients to achieve it.

Growing up in competitive athletics, I heard about farm boy strength and the natural size and superior performance that these athletes possessed. In middle school football, we played a small farm town, Sparta, in North Jersey who would whip our butts every time. Overall, their team was stronger, more athletic, and more durable than us and would dominate every play. Coaches and parents always questioned what they were feeding these athletes.

Later when I began my online training business, I was introduced to the star player on my girlfriend’s rugby team, Autumn Czaplicki. Autumn grew up in a rural town in Pennsylvania working on the local farm during the summers. In high school, she picked up rugby and would go on to dominate in college playing at West Chester University and winning a national championship. When she began weight training her body immediately adapted, adding that much more physical dominance to her game as she pursues the US national team.

As a young boy in middle school, obsessed with strength, size, and power, I wanted to know the secret to these athletes growing up on farms. Today I will share with you what makes these athletes so dominant and how everyone can benefit from farm boy strength.

General Physical Preparedness and the Capacity to do Work

General physical preparedness is the base of the performance pyramid and increasing GPP increases the capacity of a person to do more. The most basic level of GPP consists of the foundational fitness components, including aerobic capacity, muscular strength, muscular endurance, flexibility, and body composition. The unique challenges of farm work quickly develop these components in athletes setting them up for success.

Moving up the pyramid, basic GPP is also used to develop general skill-related fitness components such as power, speed, agility, balance, reaction-time, and coordination. Again, the exercises and implements derived from “Farm Boy” work can be used to build the skill-related components greater than some traditional means. 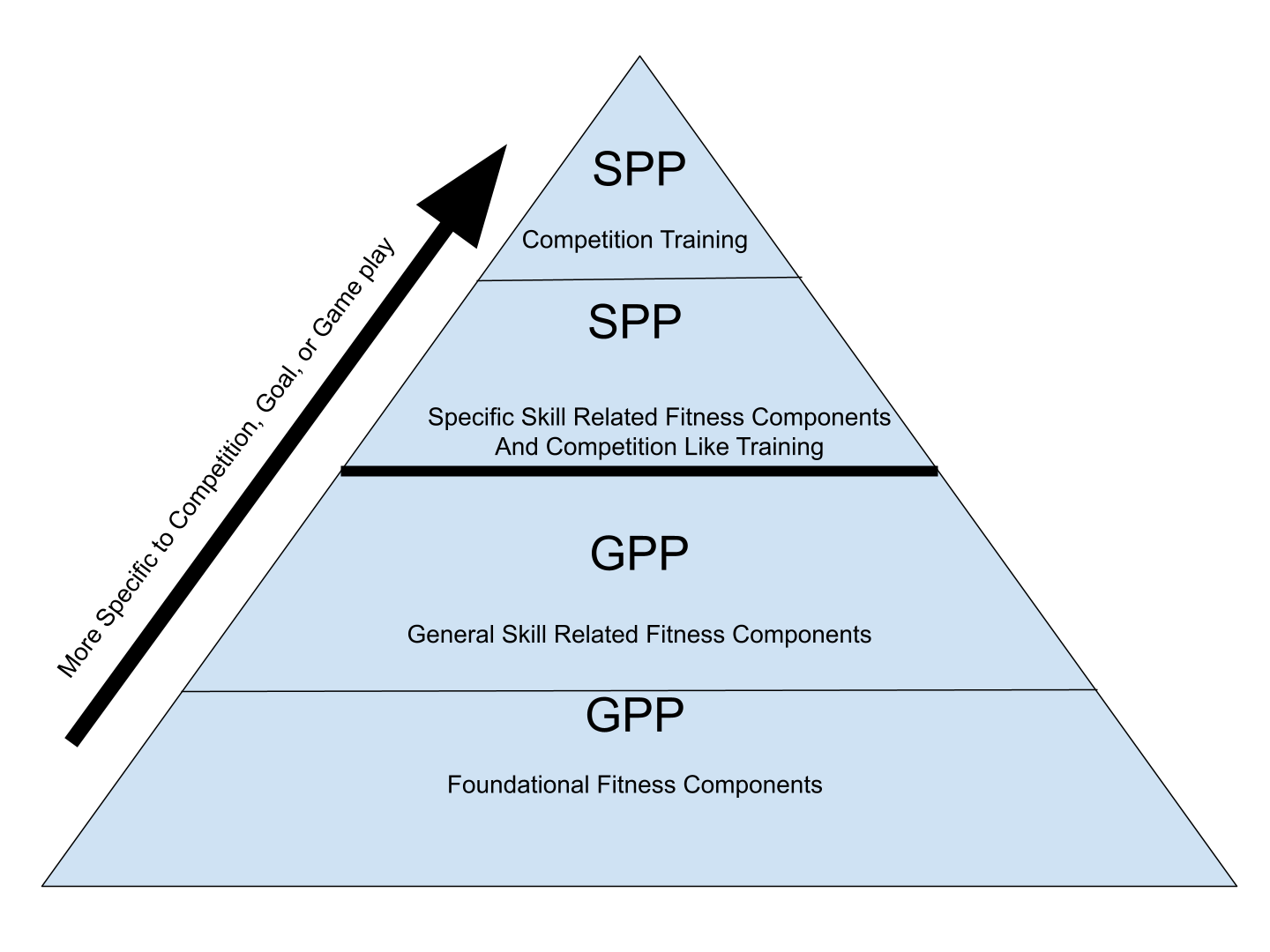 How is GPP Built?

What is farmer strength without farmer’s carries? Traditionally, carries are considered a grip or forearm exercise. Implemented correctly, different carries not only build great grip strength, but heavy and offset carries force engagement of the core and all the postural muscles like no other. This, in turn, helps a person move better under load and build support for all other movements, thus creating the superior “core” exercise. Different carries can be used with different target goals.

Here are a few examples:

The stability and predictability of traditional weight training implements do not necessarily mimic the uneven loads athletes or general population may come across. A farmer moving rocks all day will be conditioned to odd objects and its necessary requirements of brute strength and core stability. Lifting and throwing odd objects provides a fun and effective workout away from the traditional barbell and machines.

Rocks: Heavy rocks can be used for weighted push-ups, overhead presses, throws, squats, deads, and more. Since rocks can be odd and awkward to pick up, they will require the person to stabilize and produce force in unfamiliar positions just like sport. Also, any meathead that has picked up a heavy rock knows the mental boost that comes from it.

Tires: Tire flips and tire slams with a sledgehammer are great for a conditioning finisher at the end of a workout. Tires can be used for odd object carries and smaller car tires for throws can be used to develop rotational power as well.

Sandbags: Sandbag carries, tosses, throws, and presses are great tools for power development and conditioning. Larger sandbags are essential to combat athletes, such as wrestling or MMA, as the awkward weight and movement can be like an opponent.

A sled uses friction as its form of resistance and has unique training purposes. Sled training focuses primarily on the concentric contraction of a muscle, and with this benefit a sled can be used to avoid the stressful eccentric phase or exploited for the development of concentric power. Sled training can be used for sprint work, power production, prehab/rehab tool, and a great conditioning workout.

Sled sprints: Resisted sled sprints carry over into sprint speed because of the similar mechanics. Heavy sprints can also be used to potentiate nerve impulses before standard sprint exercises.

A strong base of GPP will increase the athlete’s capacity to do more work. If an athlete is limited in any of these fitness components it will decrease their capability to perform sport-specific demands effectively. As with a pyramid and athletic performance, a bigger and stronger foundation builds a bigger and stronger whole. The reason these farm athletes are so menacing is because they started their GPP work young with exercises and equipment like those above. Try implementing a few of these options with your clients that are focused on building true strength.

Brendan Todd is a NSCA Certified Strength and Conditioning Coach with a B.S. in Exercise Science from Rutgers University. Brendan competes as an international, drug-tested, powerlifter and coaches athletes and clients on achieving their strength and fitness goals. You can follow him on Instagram @tankstrength and email him at [email protected] for any inquires.