Perhaps the answer to difficult weight loss rests in not dieting at all. Novel concept? No, not really. But you wouldn’t know it today with so many diet options overwhelming the conversation of weight loss. 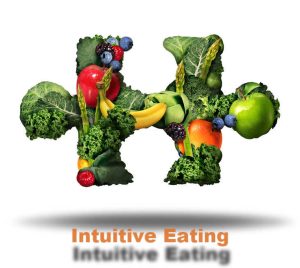 The human relationship with food is incredibly complex and variable from person to person, with genetic, environmental and emotional factors all interplaying to determine how one metabolizes food, maintains weight and how that person feels about it all. It’s no wonder there are hundreds of diets, workouts, supplements and so forth being touted as THAT which will work to lose weight and keep it off. The weight loss industry continues to boom, growing an additional 4% from last year to a whopping 72.7 billion dollars this year.

Figuring out what weight loss technique will be successful for a person with a lifetime of weight struggles behind them is nothing short of an enigma—a Rubix Cube he or she has already spent countless hours, dollars, and oodles of emotional energy trying to solve. Diets sometimes work in the short term but usually fail in the long run. Why?

Maybe we’ve overcomplicated the process and created too many paths to choose from, and really, we need to teach people to just tune in to their own bodies. This is something I have personally been able to do for much of my life and perhaps has been the key to having a stable weight (outside of genetics, of course) and a healthy body image.

There is something to be said for simplifying our health endeavors by learning to trust our own bodies and know them better than we do.

What is Intuitive Eating?

Intuitive Eating (IE) was an approach developed by Evelyn Tribole and Elyse Resch, two dieticians, in 1995 as the non-diet diet, intended to help people break the cycle of dieting and instead, tune in to their own bodies. It is a behavior-focused practice, not a rule-driven regimen. Those who adhere to its principles honor their own hunger and satiety cues and relinquish any guilt associated with eating foods previously considered forbidden. They even give themselves unconditional permission to eat whatever they want, whenever they want. And this tends to work!

Sound crazy? How can someone possibly lose weight if they give themselves permission to eat whatever they want? The idea here is excessive restriction and deprivation will eventually lead to a breakdown and binge on a “forbidden” food, and this is how diets ultimately fail.

Allowing yourself to have an ice cream sundae after dinner will likely bring a measure of satisfaction and emotional fulfillment, as eating yummy foods can and should be joyful! But the key here is that you stop when you are full. If the ice cream sundae sits in front of you, a heaping pile of five scoops, drenched in wet nuts and hot fudge, the likelihood is, after a full meal, you can only eat five or six bites of it before your tummy says stop. (Generalizing here).

Someone who restricts themselves too much might see their friend order a sundae, then order one themselves, view it as a diet failure, and then eat the whole darn thing, only to feel terribly guilty about it afterward and resolute that the diet has now been sabotaged.

While mindfulness is certainly a component of IE, it’s more than that; those adhering to its principles allow their bodies to signal them as to when, what and how much to eat, without feelings of guilt.

The Ten Principles of Intuitive Eating

For clients who struggle with weight loss, yo-yo dieting and Disordered Eating, you may want to help by grasping the tenets of IE, sharing its concepts with your clients and then nurturing each of the following principles as your clients are able to adopt them:

“Diet” implies a temporary and restrictive attempt at weight loss. They may accomplish the goal at first, but tend to fail when their rules are impossible to adhere to permanently, leaving behind feelings of failure. Expecting any one “diet” to be the answer to a life-long struggle is the first thing to let go of when embracing Intuitive Eating.

Hunger signals a biological need for adequate energy. Ignoring it regularly can trigger overeating. Getting to the point of intense hunger will make it hard, if not impossible to eat with the moderation weight loss requires. Honoring that hunger signal and not seeing it as an enemy will help lay the foundation of trust between human and food.

The concept of “forbidden foods” seems to be a common thread among many popular diets today. Carbs are the devil and make you fat, (don’t forget that was fat once), or even sugar can lead someone with weight loss struggles feeling intensely deprived and they are likely to eventually give in to the cravings associated with that forbidden food. The binge-guilt cycle is toxic and counterproductive. They idea here is, someone who gives themselves unconditional permission to eat is less likely to overindulge or feel guilty about eating foods they previously believed would sabotage their weight loss journey.

However, it’s worth noting there is some recent research suggesting that this is the one construct that may not fare so well on outcome measures of food tracking. The Journal of Nutrition published a study last year looking at food intakes and how they correlate with the principles of IE. They found that the “Unconditional Permission to Eat” was correlated with higher energy intakes and unhealthier habits, such as lower fruit and veggie intakes.

Perhaps there is a way to cultivate a positive relationship with food in a way where permission to eat foods that fall into a “treat” or “unhealthy” category are minimized, but self-flagellation for consuming them does not take place when they are.

Our consciences sometimes can be very black and white. We like to categorize things in life. It makes it easier for our brains to make decisions and sort data. But recognizing when that voice in your head labels calorie restriction as “good” and eating a forbidden food as “bad”, then shutting that voice down is just sensible.

Remember, guilt does not serve our psyches or our bodies, and we can only put it on ourselves. Calling out that harsh critic in our heads is an important step in abandoning the diet mentality and embracing IE.

This is where mindfulness comes in (similar to honoring your hunger). Paying attention to the signals that your are no longer hungry might require slowing down, or tuning out of conversation to tune in to the body, or a full on pause in the meal to notice how the food tastes, chewing it fully, and determining if your have eaten enough to feel full.

This is an important and oft-overlooked aspect of eating for weight loss: there is inherent pleasure and a desire to feel emotionally satisfied derived from eating. Eating delicious and fulfilling foods should not be something to avoid; on the contrary, feeling consistenly satisfied from eating something you really want to eat can a create a more conducive environment to eating more moderately.

7. Honor Your Feelings Without Using Food

Too often food becomes the answer to stress, anxiety, boredom. We can’t expect food to never be used as a coping mechanism, but someone with a complicated relationship with food that has come to use food as a crutch should look elsewhere to process their emotions. New skill sets for coping can be learned and utilized during times when food was there to temporarily provide that relief.

I always tell my clients to treat their body as if it was their child’s (sound advice for inherently sane people!). Not only is it counterproductive to any health endeavor to be mean to your own body, it is completely unreasonable to have expectations that can never be realized. Just as a fully grown adult should not expect to grow another 6 inches after age 20, a person with large bones and wide hips cannot shrink into a petite body with narrow hips. Accepting and loving your own body will provide a level of freedom from the diet mentality that would be impossible to relinquish otherwise.

Too often I see people posting on social media the number of calories they burned on today’s workout. The purpose of exercise has, for some people, simply become a means to end….the end being getting thinner. But the take home message when embracing IE is to start moving and notice how much better it feels than not moving. Thinking of exercise as nothing but a tool to weight loss rather than a natural state a human being should engage in every day reduces the motivating to exercise at all.

Finally, it helps to remember that you don’t have to go all or nothing on your nutrition. Yes, make an effort to eat healthy foods as a lifestyle choice, but eating perfectly is not a requirement to good health. One indulgence or even a bad weekend of eating is not going to unravel your entire year’s efforts at weight loss and healthfulness. Allow the occasional slip ups or even the intentional ones and know that you can still stay on a healthy track overall. Progress, not perfection!