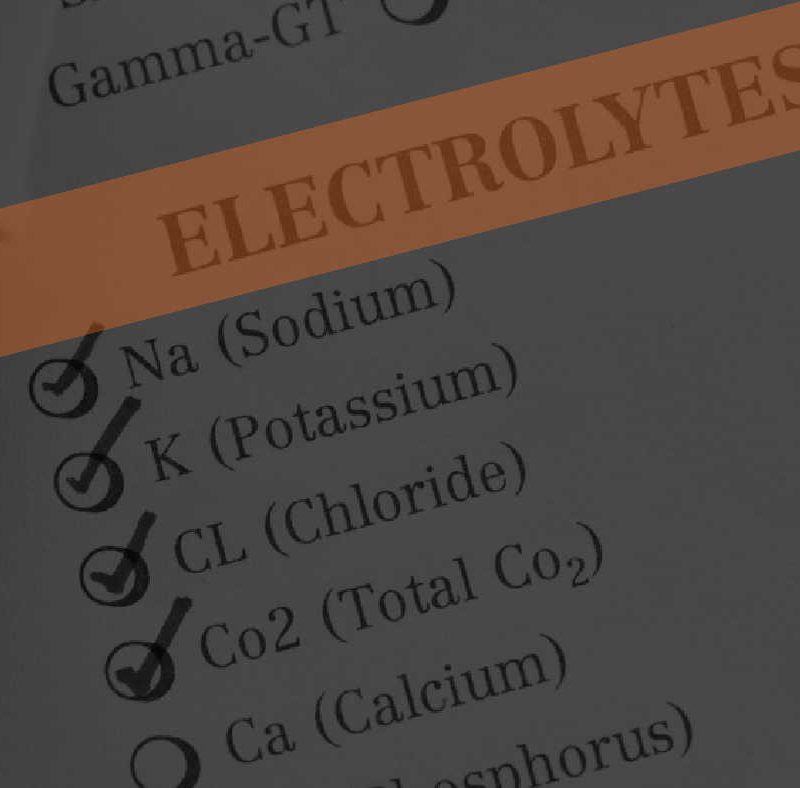 The term “electrolytes” gets thrown around a lot with not much more understanding beyond “you need them in your water to properly replenish the body after dehydration”. Most people know this to be true, but what exactly are electrolytes, and why are they so vital for effective hydration? Especially sodium and potassium…

Electrolytes are substances and minerals that have an electrical charge; they help the body perform essential functions such as muscle contraction (including the heart) and energy production. The electrolytes you need to know include:

Sodium and potassium are of particular importance with regard to exercise and muscle contractions. In better understanding these electrolytes and their significance relating to the subject matter, it is accurate to say that potassium is the electrolyte that pulls fluids into the muscles while sodium pulls water out.

Without busting out your NFPT manual, can you effectively describe how the sodium-potassium pump works?

Try to visualize it: A “pump” that functions as an exchange in every cell wall: For every three sodium ions pumped out of the cell, two potassium ions are pumped in. This chemical exchange works continuously in an effort to maintain a balance of these electrolytes. In fact, two-thirds of all the energy being used at rest is needed by this pump to maintain a crucial water-balancing act.
Moreover, be aware that water is also brought into the muscles along with carbohydrates (insulin-carried glucose), at a ratio of 3 to 1. This is a contributing factor to muscle size increase during carbohydrate loading. There is no established dietary requirement for sodium but it is generally observed that the usual intake far exceeds the need. The average American ingests 6-18 grams of sodium chloride each day. The National Research Council recommends a daily sodium chloride intake of 1 gram per kilogram of water consumed.

An excess of sodium ingestion may cause an increased amount of potassium to be lost in the urine. A prolonged abnormally high amount of sodium in the body will result in fluid retention accompanied by dizziness and swelling of areas such as the legs and face. An intake of 14 to 28 grams of salt daily is considered excessive.
The simplest way to reduce sodium intake is to eliminate the use of table salt. It is generally correct that blood concentrations of sodium found in salt is directly related to the regulation of safe body fluid levels as a part of the process previously discussed.
Another benefit to the presence of sodium is the re-absorption of water (otherwise excreted) in the kidneys. While there are various neurotransmitter and hormonal actions that play vital roles in this delicate balancing act, water intake and sodium level manipulation are the only means by which to consciously attempt to control fluid levels (without physician assistance and/or the use of prescription dose medication).
At first glance, the ingestion of large amounts of sodium would appear to be a must for any dehydrated condition, regardless of its cause. This is simply not the case, especially in regard to exercise induced fluid loss. During exercise, especially in a warm environment, water loss is attributed to perspiration, increased water dissipation due to heat generated during accelerated chemical reactions, increased respiration, and lastly, water losses from inside working muscles due to the friction caused by increased contractile component movement. Significant amounts of sodium (3.0 to 5.0 grams) ingested less than 1 hour prior to the performance of intense and/or prolonged activity in hot and humid climates, should be avoided.
The basis for this recommendation lies in the complete understanding of the above sodium concentration concept as touched upon below. If the vascular system is maintaining a certain concentration of sodium throughout, and a great amount of sodium is ingested in a single dose just prior to, or during exercise, the vascular system will immediately direct fluid to the localized area where the sodium is now too concentrated (mostly in the gut). This will “dilute” this sodium to the normal concentration levels.
The body accomplishes this by drawing upon “reserve fluids”, in most instances from the intramuscular areas. This temporarily pulls desperately needed water out of the working muscles, and in extreme cases, the heart, leading to severe dehydration, muscle cramping, and in the case of the heart, this short-term fluid loss could result in cardiac failure.
For these reasons it is obvious the use of “salt tablets”, have been largely discontinued. Maintaining an optimal balance of all the electrolytes by staying properly hydrating, limiting the use of excess dietary sodium, and taking in extra electrolytes after periods of intense exercise or illness will prevent side effects from dehydration.
Share this post!