Ready or not, here it comes…November 2015, 1 year until the next presidential election. Already we are being inundated with candidates, conventions, and more than enough mud-slinging. Whether you consider yourself a Republican or a Democrat, these are challenging times.

Much like the political parties, each of us possesses strengths and weaknesses in our various muscular body parts. While we may contemplate taking the time to explore our weaknesses, (unlike many politicians, sadly!) and doing the requisite work to strengthen these gifts, the path of least resistance usually wins out. We are left with a dynamic that is often out of alignment, as it were, because this is what feels familiar and comfortable.

The same thought processes often apply in the gym. We are all familiar with our “dominant hand”, the one with which we hold a pencil. This side of the body almost always possesses more strength than its non-dominant counterpart, simply due to consistent use. The result over time may be muscular imbalances and, even worse, weakness that can lead to injury. Engaging periodically in unilateral training, trying to give equal time and attention to both the dominant as well as the weaker muscles, can help alleviate this problem. In the political arena, I’d refer to this as bipartisan training. Yes, there are some aspects on which both sides agree!!

The theory of unilateral strength training is not new, yet it is far from mainstream. Single-limb training offers many advantages over traditional exercises. It promotes greater 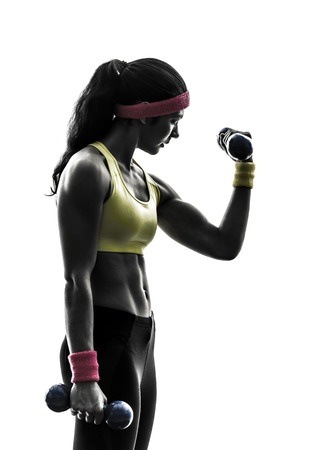 strength and growth because it takes advantage of exercises that work stabilizing and neutralizing muscles, and not just prime movers, since an unbalanced force is being applied across the body. Moreover, when executing a typical single-limb exercise, bodyweight becomes a more important aspect of the resistance, thereby training the muscle in the way that it is actually used in activities of daily life.

Training one side of the body at a time also allows for greater neural drive to that one limb. This enables the body to recruit more muscle fibers by concentrating all force on one limb rather than splitting the force between two. The end result? A stronger, well-developed muscl that will benefit the entire body! (Ah, if only is was that simple to run a country!!!)

Unilateral training can be applied to most body parts, and simply requires a bit of “outside-the-box” thinking. The most common of these exercises is, of course, the single-arm dumbbell bicep curl with which most individuals are familiar. We can easily apply the same theory to a chest workout. Unilateral incline flyes, for example, require a tremendous amount of core stabilization. Similarly, performing a military press one arm at a time will force the core to remain engaged while supporting the deltoids. One-arm cable rows will help to define both sides of the back muscles more evenly.

This method of training may require an additional set or two on the weaker side; this is generally preferable to trying to use a heavier weight on the less-dominant side of the body. So it is in other realms of daily life. Rather than spend our days only doing that at which we excel, we might choose to do “a few extra sets” to embolden those attributes with which we are not yet comfortable, the tasks that could use some shoring up and empowering. Strong, balanced muscles lead to a more centered being. If that can be accomplished in the gym, imagine what awaits you if you apply this principle to all aspects of your world!

Someone should inform Washington, D.C…….