People in 19th century America were thrilled to reach the ripe ‘old age’ of 50. Hoping not to get sick and face mortality was more the thought than was the action of prevention and promotion. Preventing illness and promoting good health started taking more center stage in the 1890’s, a fitness revolution of sorts was occurring. Before then, the idea of fitness was a hard sell. Imagine, it’s 1880 and the hypothetical personal trainer tells the man of the house that, after he’s tilled 40 acres behind a smelly horse for 14 hours, to “go jog for 20 minutes and make sure to get in your target heart rate zone!” Or, better yet, tell the woman of the house, after she’s done working the farm and slopping the pigs and feeding the cows, horses, chickens and all 12 farmhands (a.k.a. her children),  to “get down on this dirt floor and give me 50 crunches, let’s feel the burn!” I’m guessing the hypothetical personal trainer would be seeing the broad side of a cast iron skillet! It wasn’t easy telling people of this time period that they needed to consider their health. The topic of promoting good health was hardly touched.

As I wrote about in my previous post, ‘100 Years of Fitness: the Physical Culture‘, we know that disease and life-threatening illness was rampant. It is an understatement to say that health promoting products and curative medicines were needed for many Americans during this time period. Enter W.T. Rawleigh (1870-1952). 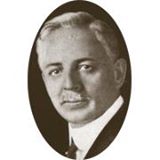 The most famous producer of health products in late 19th century America, W.T. Rawleigh set out to help the American public “Get Well and Stay Well”. In 1889, at the age of 18 (having just $15, a borrowed horse, a mortgaged buggy and his ‘medicines’) Rawleigh set out from his boyhood home in Wisconsin and started selling his products. He started with his homemade salve, an ointment for healing skin conditions, and liniment, a lotion made with various oils for the relief of pain. These products served a need for the hardworking pioneers of the time who were all too familiar with pain of the body and flesh as consequence of rigorous, laborious work (I’m betting that salve and liniment were a much easier sell than personal training services would have been back then). It was in a little farmhouse kitchen in Wisconsin where Will Rawleigh, with help from his parents, made enough medicines to set off on his journey and into the business of promoting health through the sale of medicinal product.

So, was Rawliegh a health and fitness guy, or was he a business guy? A bit of both really. He was definitely an entrepreneur, but he was successful because he believed in what he made and sold. Rawleigh recalls, “I was as green as a cucumber and the only business experience I had was in making inks and selling a few books.” He just got out there and did it. Travelling by horse and buggy from Wisconsin to make his first sale in Illinois, he was determined and he spread the idea that good health was something that the individual had some power over. By 1914, W.T. Rawleigh was recognized as one of the greatest manufacturers and distributors of over 100 health and household products.

The name Rawleigh became synonymous with service and quality product. Rawleigh wasn’t your average snake oil salesman of the early 20th century, he was a researcher and he cared about what was in his product, so much so that he built factories to accommodate scientific advancements and printing presses for bulletins which promoted good health. The ‘Rawleigh Good Health Service’ was one of the first companies in the world which printed over 7 million ‘Good Health Guides’ that advocated a good diet, healthy living through exercise, eating the right foods and even getting fresh air.

W.T. Rawleigh realized early in his sales experience that most people could be sold a product once, but to hold that customer for years, even a lifetime, the products needed to be scientifically made, reliable and of a higher than usual quality. A good philosophy for any company, and even individual, to live by today. From pain oils, to mouthwashes and herbal extracts, the W.T. Rawliegh Company is still viable today.

Next time, we’ll get to know more pioneers of the new fitness era emerging in the 19th century. Get ready for strongmen and circus performers, they hold a highly esteemed place in the ancestry of our fitness culture.

John Figarelli is the Founder and Director of the National Fitness Hall of Fame. Founded in 2004, the NFHOF recognizes the lifelong efforts of individuals and organizations who promote health and fitness to the American public. Through more than a decade of educating, motivating and inspiring fitness enthusiasts, young and old, to 'preserve the past while promoting the future of fitness', the NFHOF is both a physical and virtual location for people who have a passion for their fitness profession. To find out more about NFHOF initiatives and membership, visit National Fitness Hall of Fame