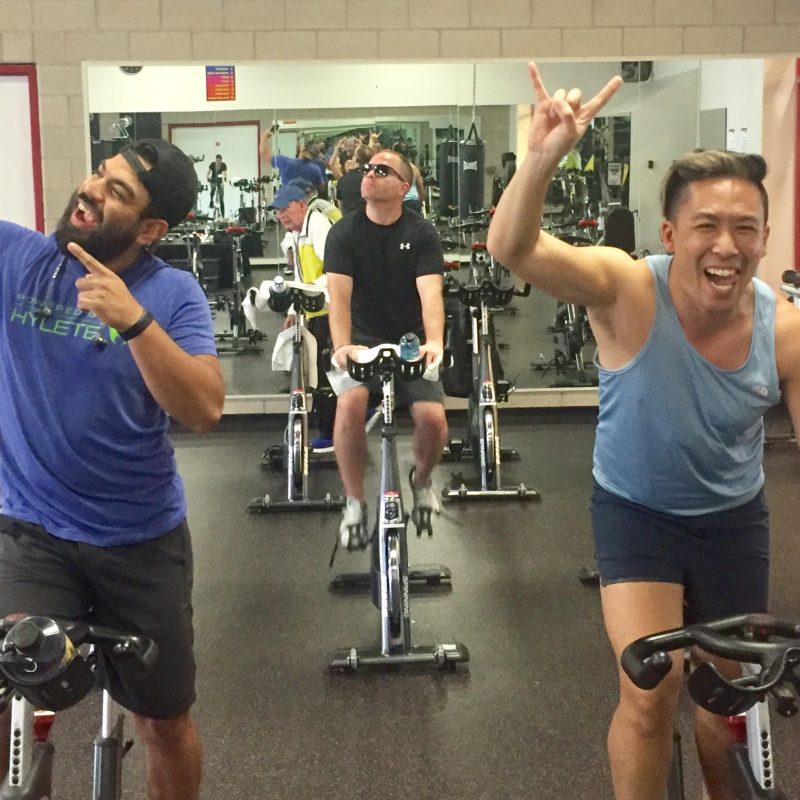 Are your clients partying on the pedals without your watchful eye to keep them safe? Indoor cycling companies are all the rage right now. And what’s not to like? Amazing group energy. Powerful music. Creative lighting. Riders often feel like they’ve gone to happy hour or hit the dance floor with their peeps.

While dancing on the bike may sound like a blast, unfortunately, some of the more modern movements put riders at risk of injury. 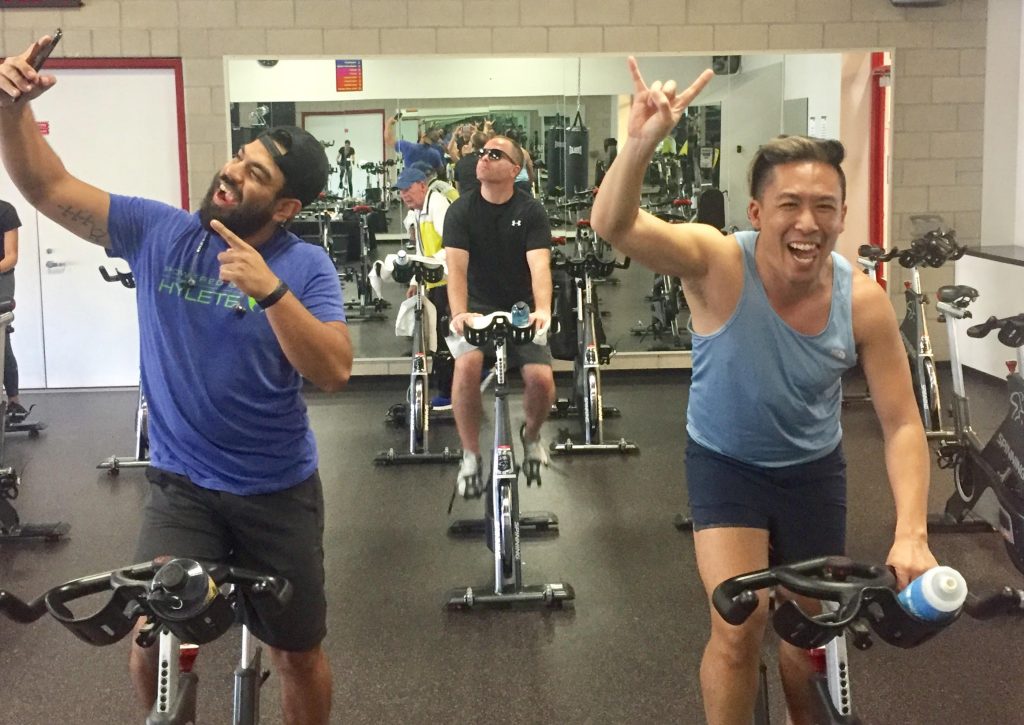 Since its inception, indoor cycling has evolved from a realistic alternative to outdoor cycling movements, speeds, and terrain to a focus on rhythm riding and a “party on the pedals.” This mutation has paved a path of contraindicated maneuvers that have mistakenly been adapted as the new mainstays of indoor cycling.

Let’s take a look at 4 contraindicated cycling exercises and modifications that can be done so that riders don’t unclip and run for the door. Share this information with your clients so that they don’t fall off your schedule from a cycling injury.

Jumps, a movement that seemingly replicates a road cyclist popping out of the saddle to accelerate on an incline and returning to the saddle once speed and control are regained, are often completed on a flat road to the beat of the music. Sometimes jumps are done on an 8, 4, or even 2-second count.

Jumps are a bit controversial among indoor cycling instructors. Some are in favor of them, while others staunchly believe that they’re not safe. I’ll be the first to admit that I have used jumps in the past myself. It is argued by some that jumps present some contraindications.

Contraindication: Some of the arguments against jumps are that popping in and out of the saddle can produce a lot of stress on the joints; in particular the lower back, knees and hips. Additionally, a rider coming down too quickly could force a lot of pressure onto some very sensitive nerve endings in the pubococcygeus region.

Modification: If you’re in a class that includes jumps, don’t sit in recovery stewing over it. Make use of the time to work on sprints or intervals in the saddle. Use the clock to watch the seconds and do regular, equal time on and off sprints, or even high intensity interval training (HIIT) with longer periods of work than recovery.

Perhaps this movement is meant to mimic a squat? While a dynamic squat on a balance trainer can elevate the level of difficulty of the traditional static squat, on a bike this movement could be problematic.

Contraindication: Similar to a jump, if riders come down too hard, they risk slamming onto some delicate nerve endings in the pubococcygeal region; strike 1. Additionally, the lower back muscles are quickly accelerating and decelerating; strike 2. This exercise demands more from the joints than from the muscles; strike 3.

In an attempt to make clients feel like their workout is all encompassing, some studios have opted to include upper body work in the form of “push-ups” or even weighted bar and dumbbell movements on the bike. Yes, I said it. ON THE BIKE.

Contraindication: Engaging the upper body on the bike takes power away from the pedal stroke and lacks efficiency. Let’s also consider the fact that your body isn’t even in the correct position to do a push-up. The chest needs to be parallel to the surface it is pushing against in order to correctly and efficiently utilize and strengthen the muscles. On the bike, a rider’s body is not, and should never be, in a parallel position.

Modification: While the rest of the class is (not) really working their upper body, their legs will be moving slower, so this is a good time to work on some hillier terrain. Use this time to scale a mountain but keep your speed above 60 revolutions per minute (RPM) to protect the knees from grinding.

Again, in order to give the “whole body workout” feel, core exercises are often integrated into the indoor cycling class. Resistance is turned up while the hands are placed on the lower back or holding on to the back of the saddle and riders are instructed to squeeze their core like they’re doing an upright plank.

Contraindication: Rider’s hands should be lightly on the handlebars while their legs are moving. The upper body tends to sway a bit as a result of the lower body pedaling, so the hands are there for protection. Remove the hands while swaying, and you might fall off. Your forward position while reaching the fingers lightly toward the handlebars also takes pressure off the joints.

Modification: This is another great opportunity to work on some heavy terrain. Riders can do hill intervals where they put on and take off resistance for equal time or HIIT. Save your plank for after class. 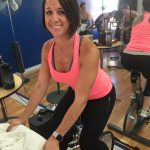 As new maneuvers are introduced in cycling classes, a good question to ask yourself is: “Is this done on a road bike?” if the answer is no, communicate with instructors about modifications that would be more appropriate for the body. Also, riders, let your instructor know before class, so they don’t think you’re going rogue.

What other modifications can riders incorporate? Head over to the NFPT Facebook page and share your creative ideas.