7 Tips to Reduce Swelling After Running a Marathon

There’s no denying that the fitness prep for a marathon is challenging. However, often it’s the aftereffects of a race that catch up with a runner. As a personal trainer, it’s your job to help your client perform at their peak, but you should also be able to help them heal their body after it’s been put to the test. Swelling is a common problem with marathoners. Knowing what it’s causes are, how to combat it, and how to treat it all go a long way to a speedy recovery.

What Causes the Swelling in the First Place?

Swelling can be down to various issues; the cause and the extent vary substantially between runners. The most common culprits are the following:

A 2012 paper on lower-limb fluid accumulation in ultra-runners completing a 100-km race found that around 25% of participants showed fluid retention-related increases in foot volume. After checking these figures against individuals’ fluid intake, researchers concluded that swelling was likely caused by drinking too much during the race. Essentially, runners who were drinking more than they were sweating out (as a response to heat and thirst) ended up with excess fluid pooled in the feet.

Previous Team Sports Scientist for both the Renault and Benetton Formula One racing teams and Sport and Exercise Science graduate, Andy Blow, says the increased flow through blood vessels and muscles during long-distance running can damage the tissues, causing the capillary beds in the muscles to leak, which in turn leads to swelling.

As marathoners sweat, they can lose a large volume of electrolytes, disrupting their all-important balance. The biggest impact is on sodium levels, but potassium may also be involved. This change can cause fluid to move out of the intracellular space and into the extracellular space as the body works to maintain appropriate blood electrolyte levels.

On the other hand, too much sodium – usually because of high salt intake – can also shift the fluid this way as the body tries to dilute the sodium levels. The net result, no matter which direction the electrolyte imbalance is facing, is fluid outside of the cells and a marked increase in swelling, especially of the lower limbs and extremities.

Dennis Cardone, DO, head of New York University’s Langone Orthopedics says that sitting still for long periods following a marathon-length run can cause blood that’s pumping faster to pool in lower limbs and extremities. This then leads to inflammation. The blood pooling can also explain feelings of lightheadedness that some runners experience, and he advises avoiding travel for at least a few hours after a race whenever possible.

While tendonitis is usually caused by tendon inflammation after prolonged and extended use, a marathon can add up to the same number of running hours in a much shorter time frame. Some studies have also shown increased vascularization of tendons following a race, leading to inflammation and then swelling. Notably, the posterior tibialis and the patellar tendon in the knee can suffer this kind of painful strain.

How to Keep the Swelling Down

Swelling following a marathon – or even a half marathon – is unlikely to be entirely avoidable for most runners. However, there are ways to reduce its severity and length:

The first two points on this list relate to each other and stress the importance of finding the correct balance of fluid intake and electrolytes. After running, it’s important to drink and replenish lost fluids, but drinking too much, as explained above, can lead to fluid pooling.

The best course of action is to drink 16 to 20 ounces slowly after crossing the finishing line. From there, runners will have to experiment and find the right level of fluid intake for them through a little intelligent trial and error.

Restoring electrolytes to optimal individual levels is something that also takes experimentation. The level of fluid and electrolytes that are lost will also fluctuate with physical state, weather, and temperature. The first post-marathon drink should contain electrolytes and be consumed as soon as possible. Runners will need to gauge how they’re feeling and act accordingly.

A five- to ten-minute cold bath or shower can be very effective in slowing blood flow and decreasing inflammation, swelling, and injury.

Cathy Fieseler, MD, who sits on the Runner’s World Magazine advisory panel, says this can be especially useful in cases of posterior tibialis tendonitis. She also advises icing painful joints for 15-minute sessions several times a day. You should consult with a sports medicine specialist if the pain persists for more than a few days.

The magnesium in Epsom Salts is known to reduce inflammation, which in turn can bring swelling down when administered intravenously. While it’s not yet clear whether the salts penetrate the skin, a soak in a warm tub will do wonders to ease runners’ sore feet and aching muscles. Therefore, it’s still beneficial.

Marathoners need to transition slowly back to normal life from running constantly for hours. A short walk every hour, along with gentle stretches that can be demonstrated to clients, is the ideal course of action. This allows for periods of rest following the intense physical activity, too.

Compression socks and tights have been shown to prevent blood pooling in the legs and feet by stopping the movement of fluid out of the cells. This reduces inflammation and maintains healthy blood flow patterns.

A simple but effective swelling prevention or reduction measure involves elevating the legs or stretching them up against a wall while laying flat on the floor. The elevation forces fluid to move towards the heart, as it’s at a lower center of gravity. Elevation exercises only need to be done for five to ten minutes after race completion and should not get in the way of maintaining regular movement.

Every Body is Different

Since no one’s physiology or anatomy is exactly the same their experience of marathon-related swelling is also likely to be unique. The variations in how much fluid and electrolytes people need to take in clearly illustrates this. Clients should be encouraged to try the methods listed above for themselves and identify which work best for them. 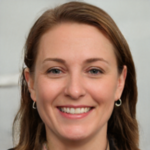 Megan started her writing career specializing in educational copy. She spends her days writing and studying topics ranging from personal training to mobility and everything in between.

About the Author: GuestAuthor