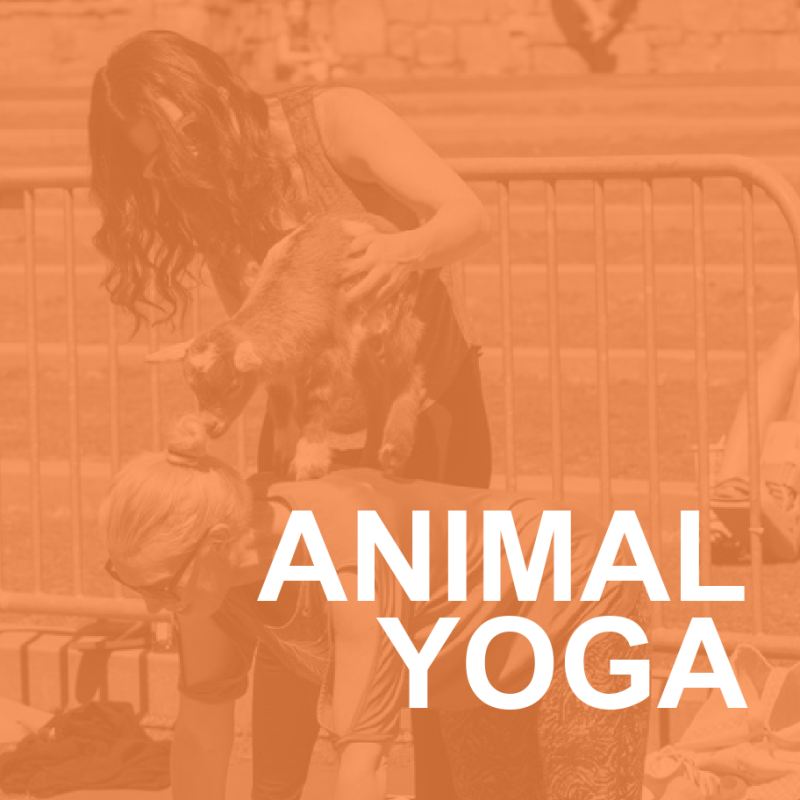 Yoga with cats, dogs, goats, or whichever animal helps people get moving and headed towards their overall health and wellness goals. While novel to most people, it can be a unique experience that many may want to try. My initial hesitancy at the notion (even as a cat lover) waned after I saw the results people were getting.

I recently wrote a blog about Exercise and Dogs, extolling its benefits—not only are the physical benefits noteworthy but I was impressed by the statistics on how people who own dogs and have found a variety of ways to get active with them.

A similar thing captivated me with this whole concept of animals and Yoga.

In all seriousness, there are benefits of yoga with animals are:

Yoga with pets has also been shown to enhance the positive treatment effects for chronic conditions such as anxiety, depression, and chronic illness. Yoga itself has been categorized as a complementary and integrative health approach.

There’s a cat yoga class close to where I live in Phoenix, Arizona, that allows practicing yogis and yoginis to adopt cats if they happen to fall in love with one during a class. I’ve decided that’s a dangerous place for me to go because I might come home with a few of them and my current feline friend wouldn’t approve.

Since cats are natural stretchers and very agile, (as well as soothing), they are adaptable to yoga. If you throw down a mat in your house and initiate a yoga flow, chances are your cat will naturally get involved!

Goat yoga aims to not only enhance physical and mental health but also encourages its use as a way of connecting with the practitioner’s environment. Goat yoga has been shown to improve fitness training results while also being family-friendly. Some practitioners use it as active recovery and incorporate family members into the process. This is a memorable way to get the young ones involved in activity at an early age and also those in the family who might not ordinarily want to do activities such as yoga.

Finally, there’s Doga.  This is a type of yoga that people do with their dogs (usually the dogs will serve as the practitioner’s partner). This type of Yoga began in the U.S. in 2003 and was introduced to Britain in 2004. By 2011, its popularity became widespread in the Western world. Practitioners of Doga say that they love it because it brings them joy and freedom from perfection.  Because of its rapid spread, sometimes critics call it a fad.

All three types of Yoga have also come under scrutiny as trivializing yoga and taking away from its spiritual roots. However, practitioners and proponents of it would state that it helps them stay centered, invite friends, and build community with their fellow yogis and yoginis, how is that not spiritual?

Whatever the case might be, Yoga is a centuries-old practice. Now, the science is catching up with the practice and research shows its benefits to physical and emotional health. Yoga and pets is just one additional way to practice and be active!