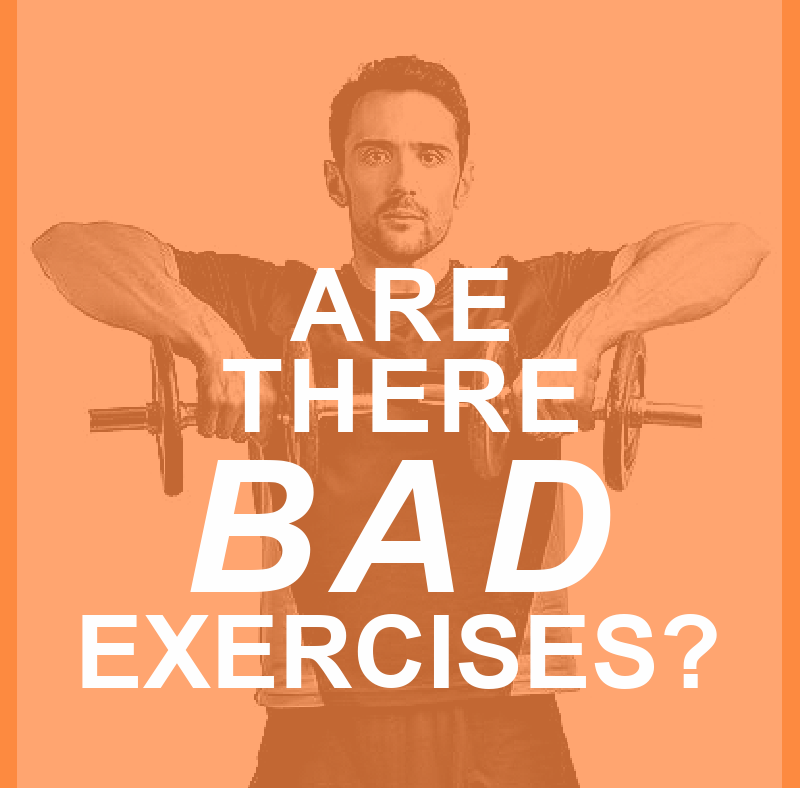 We’ve all heard it from someone before about various movements: “Ugh, that’ll wreck your shoulder!” or “That’s bad for your knees!” and maybe “Flexing your spine under load is too much shear on your lumbar region.” Yep. There are one of two camps most fit pros fall into: The “don’t ever do it that!” camp and the “only do that if…” camp. Are there really “bad” exercises that no one should ever perform or are such blanket exclusions deserving of some more scrutiny?

Are they “bad” exercises or just not “ideal”?

The short answer is, most of the bad exercises we criticize are indeed a bad idea for most of our clients. That’s only because certain postures, movement patterns, and kinetic dysfunctions are more likely to be present than not. If we know our clients’ bodies well, we should also know what risks we should or should not take with them.

Some movements can put a vulnerable joint more at risk than others, but depending on certain variables may be totally fine for one client, but a terrible idea for another. Therefore, there are no “bad” exercises, only ones that the body is not optimally prepared for.

Let’s review some of the most commonly feared exercises one by one and break down why they got such a bad rap and who among our trainees should probably not perform them.

Squatting with knees past toes

I’ll be the first to admit how militant I was about adhering to this rule in my younger years. I’d place my hand just in front of the knee and above the toe of my descending clients and tell them to “not hit my hand” with their knee.

Now to be fair, this one does have some merit when we’re observing optimal performance in a squat. Many individuals new to exercise have a tendency to descend into a squat position by bending at the knees first (really, the ankles, and the knees follow rather than the hips. You may also see this occur more often with dancers or martial artists who are taught to move this way for their activity.

Allowing the knees to bend first places the weight of the body out of balance and is likely to add more shear than necessary on those joints shifting effort away from the glutes. The likelihood of injury to the knees and their surrounding tendons and ligaments is greater using this form.

Instead, clients should bear weight equally through the “tripod” of each foot (big toe, little toe, heel), and first “sit back” into the squat by hinging at the hips and letting the knees follow. For most people, this will keep the knee aligned with the toes.

However, limb length, joint angles, squat variety, squat depth, and weight distribution must be taken into account before admonishing your clients for letting the knees drift forward. For instance, because of the moment arms involved in a front squat, it’s very likely that the knees will go beyond toes when the rear end approaches the ground. As long as the client is adequately balanced over the feet, there’s nothing wrong with this.

“Behind the neck” lat pull-down*

Yikes! This is one that most people really can’t pull off due to the degree of shoulder mobility required. And truly, there’s little benefit to even executing this one optimally when there are so many other ways to emphasize lat recruitment. Nonetheless, you’ll still see some folks attempting this one. The thought here is that the elbows are finishing in a position that places the lats in a stronger contraction at the endpoint. However, if you do not possess optimal shoulder mobility, then you won’t accomplish this anyway.

Essentially, if the bar cannot descend behind the head without the exerciser maintaining optimal cervical posture then it is doing more harm than good. A better bet: Perform a lat pulldown using independent cable pulleys. Then the cervical spine will not be compromised by the more dramatic range of motion in the shoulders.

*same goes for behind the head military press.

Here’s one purported bad exercise that’s prominent today because of its unique ability to challenge the deep glute muscles of the rear leg while in a lengthened position when most other lunge or squat variations can’t do quite accomplish this. The criticism, however, is of the dicey position of the front leg.

Because knee valgus and foot eversion is such a common problem, some feel that loading the hip and knee in this fashion places lateral sheer forces on the knee that only compound such problems. Some athletes that require medial and lateral strength in the knee might benefit from learning to do this movement optimally. But most people should be very careful. Assess your clients well and make sure they can handle the risk before programming this movement. If they’re not ideal candidates, stick with stationary lunges or Bulgarian split squats.

Again, this is a bona fide relic from the inception of bodybuilding known for its ability to hammer the middle deltoid like no other. However, the degree of internal shoulder rotation this movement places the humerus under shifts the risk-benefit ratio in the wrong direction. Since so many shoulders are wonky and have a tendency towards being overtly internally rotated, many folks will experience pain and shoulder impingement when performing this movement.

Most people will fare better utilizing an overhead press to hit all three deltoid heads adequately. A bent-elbow flye is another approach for targeting the middle deltoid.

Ah, burpees. The one bad exercise everyone loves to hate. And with good reason. It’s metabolically brutal and it puts all sorts of stress on all sorts of joints. At the height of the HIIT craze and with the dawn of Crossfit boxes, burpees reigned supreme as the universal butt-kicker. But we can all probably shelf this one for the most part. The average client does not perform this movement well and may aggravate wrists, low back, and shoulders once fatigue sets in (or goodness, right out of the gate sometimes!). Your better off having clients perfect a pushup and then alternating with squat jumps. If you have a highly athletic person with excellent explosive power, and they just love burpees, then by all means, keep it in the rotation.

Bonus movement: Lifting with back

Functionally most of us have been led to believe that people will definitely hurt their backs if they lift with their backs. In other words, if you bend over to pick up a box without bending the knees much and instead go into spinal flexion, then “roll” up to lift the box, then your spine is doomed! True enough, many people do indeed hurt themselves this way. But not necessarily because the spine is not designed to be loaded this way but because most are not trained to lift this way effectively. Some, however, are and indeed spend much of their day working in this position without issue.

There can be a mechanical advantage to move through spinal flexion and then extension with certain activities, but this warrants a much more in-depth article. For now, teach your clients to squat and deadlift with prime recruitment coming from hips and knees rather than spine, but also spend adequate time addressing the articulations of the spine so that they are prepared to accept load in a three-dimensional world.

This list is not exhaustive of what movements get coined bad exercises, but with a change in perspective, attentiveness to your clients’ bodies and abilities, you are well-equipped to determine which exercises are a go and those that are no-go. 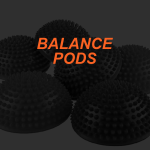