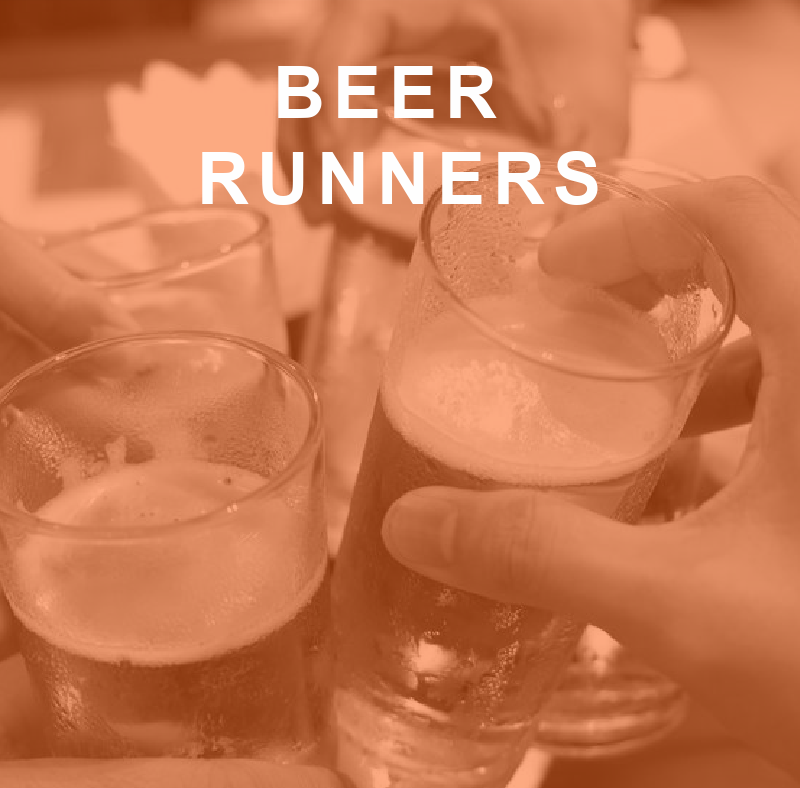 Most of you are probably not from Philadelphia like I am, where a fun club called “Beer Runners” has planted roots and sprouted different groups in cities throughout the US. If not a local group, there are often fun 5ks and other races with beer as the star attraction. There’s even a 2014 documentary about beer runners! If you haven’t seen direct evidence of beer runners near you, you may have caught wind of this rumor that beer is an excellent post-recovery drink. Is it really, or are folks just looking for a different motivation to finish a 5k?

There is plenty of evidence that drinking in moderation is good for overall health. But what about while exercising? In 2007 a group of Spanish researchers hypothesized that the bubbles, carbs, and salt content in a beer are a superior means of rehydrating the body post-intense exercise compared to good ol’ H20. Manuel Garzon of Granada University recruited 25 students and performed several experiments over several months. They put runners in hot conditions, had them run on a treadmill, and then drink a pint of 4.5% lager or water (to their content).  The beer drinkers fared slightly better in measures of hydration levels post exercise.

Sure, except athletes choosing beer as a post-workout recovery drink must do so in moderation to reap the benefits. Shirreffs and Maughan (1997) found that recovery was indeed hampered by drinking an alcohol solution equivalent to beer with an ABV of 4% (so, not beer); they had a harder time rehydrating and recovering compared to those who drank water, or even lower-content alcohol beverages.

Does the alcohol content in beer help or hamper recovery efforts?

After a hot and humid, arduous run on a treadmill (for between 45 and 60 minutes—whenever the runner crapped out), runners were given 660 milliliters of 4.5% alcohol beer (this is almost a pint and a half) followed by mineral water, and the controls were just given mineral water. The results?

There were no differences between groups.

But what happened to “superior” to water? Ah, yes, well don’t forget in this particular study, both groups were drinking mineral water, not some purified bottled water or city tap. Ick! To be fair, they did not define the electrolyte content of this mineral water, but the point of this study was to find out if drinking a moderate amount of beer under real-life exercise conditions (not just running on a treadmill in an air-conditioned room like the previous studies had done) had a deleterious effect on recovery. And they found that it didn’t.

But the keyword here really is “moderate”.

Each of these studies measured total alcohol concentrations (that is, what the percentage of consumed alcohol actually amounted to after drinking water as well), and determined that there is no negative impact of an alcoholic beverage if it has essentially be watered down to 2% or less.

The take-home? Drink a weak beer of 2% (does that even exist??) or chase your beer with water.

Or you could just have a sports drink too, which does exactly as well as beer would in these scenarios, but is optimal rehydration really the point of beer running groups?

What do runners actually do?

I spoke with my long-time client, friend, and ardent barefoot-runner Mitch Tabas who has been joining the Narberth Beer Runners in PA on their short-distance treks for several years now. Aside from this athletic gathering, he is a solo runner and looks forward to the camaraderie Beer Runners provides. But, I wondered how much everyone was actually drinking once they got to the bar at the end of their run.

This is what he had to say: “The run is typically about 45 minutes. We often start with a round of water for the group since drawing 8-10 beers takes awhile. No one stays late and gets sloshed (typically). Most folks have one draft beer and some get food. Maybe a second beer if it’s a nice night and a fun group.”

All in all, it sounds like beer-running groups like Mitch’s are doing it the right way: A run 60 minutes or less, rehydrate with water, have a beer or two, and enjoy the camaraderie that a group run and shared beverages brings! Just be aware that drinking much more than that may cause dehydration and muscle cramping which isn’t going to crush your running habit, but it certainly isn’t helpful or pleasant!

Go ahead and do a search on “Beer runners near me”, get your beer-running kicks on and enjoy!