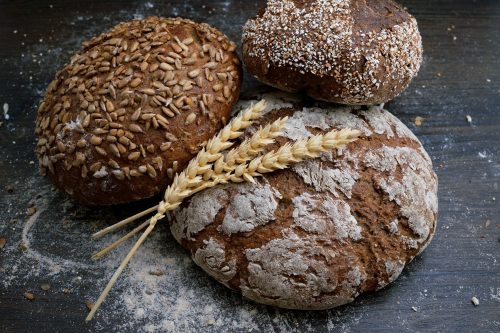 Undoubtedly you, your client, or someone you know avoids gluten. In recent years, gluten has taken on the mantle of thing-that-will-kill-you, and this trend is so prevalent that many restaurants, grocery stores, and food products changed their labeling for consumers to more easily identify gluten-free items. But what is gluten, and who should avoid it? 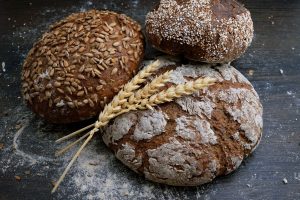 Gluten is the main protein of wheat, barley, and rye. It is a mixture of a number of related yet distinct proteins, mainly gliadin and glutenin, referred to collectively as “gluten.” It is heat resistant, acts as a binding and extending agent in dough (“glues” things together), and is commonly used as a food additive to improve texture, retain moisture, and enhance flavor.

Gluten is indigestible in humans, largely unresponsive to gastric, pancreatic, and intestinal proteolytic digestion (the breakdown of proteins into smaller polypeptides or amino acids), and has been linked to a number of autoimmune diseases, most notably celiac disease. 1

What is celiac disease?

Celiac disease (CD) is a digestive disorder that causes damage to the small intestines. It is triggered by consuming gluten-containing foods. Because of the damage it causes to the small intestine, there is increased risk of nutrient deficiencies and osteoporosis in the long term and it is linked with other autoimmune diseases.2

The small intestines are lined with finger-like projections, called villi, that aid in the absorption of nutrients. These villi increase the surface area of the intestines, and also form a barrier to help regulate what passes through the intestinal wall and into the body.

Gluten can damage, or even destroy, these villi, which will compromise the body’s ability to absorb nutrients and regulate what can pass through that membrane. This condition is known as intestinal permeability, or “leaky gut”.3 Because of this compromised intestinal barrier, molecules that would normally be denied entry are able to pass into the bloodstream and end up anywhere in the body.4

If this happens, the immune system can go into overdrive and attack the molecule and the body’s own tissues to which the molecule is attached, thus creating an autoimmune response. Many people with CD experience gastrointestinal symptoms, though CD may present with non-digestive symptoms.

The symptoms of CD include, but are not limited to:

Physicians can use blood tests to detect antibodies in the blood as a way to diagnose CD. As many as 1 in 141 Americans may have CD, but most are undiagnosed.6

But the test for celiac disease was negative

Part of the rise in popularity of a gluten-free diet is the relatively new condition of non-celiac gluten sensitivity (NCGS). First described in the late 1970s, and later defined in 1986, NCGS describes individuals who cannot tolerate gluten and experience symptoms overlapping those with CD, yet lack the antibodies and intestinal damage seen in individuals with CD.

Their symptoms generally resolve with the elimination of gluten from their diet.5 Because of the range of possible symptoms, and sometimes the vagueness of them (mental fog, mood swings, stomach pain), it is often difficult for physicians to treat a patient effectively.

There are a number of patient stories that involve having chronic pain undiagnosed, misdiagnosed, or inadequately treated because there is currently no established criteria for diagnosing non-celiac gluten sensitivity.7,8

How do I know if I should eat gluten?

If an individual suspects that he or she may have non-celiac gluten sensitivity, the easiest way to test for it is by implementing an elimination diet. An elimination diet requires the removal of a particular food – in this case gluten-containing foods – for thirty to sixty days, and then reintroducing it to help determine if that food may be responsible for the presence or exacerbation of symptoms.8

If symptoms resolve with elimination and then reappear with reintroduction, that can serve as evidence that gluten may be a significant contributing factor to an individual’s chronic ailments. With this information, an individual can determine how often to include gluten-containing foods in their diet, if at all.

[info type=”facebook”]Join the Facebook Community Group to meet other trainers.[/info]