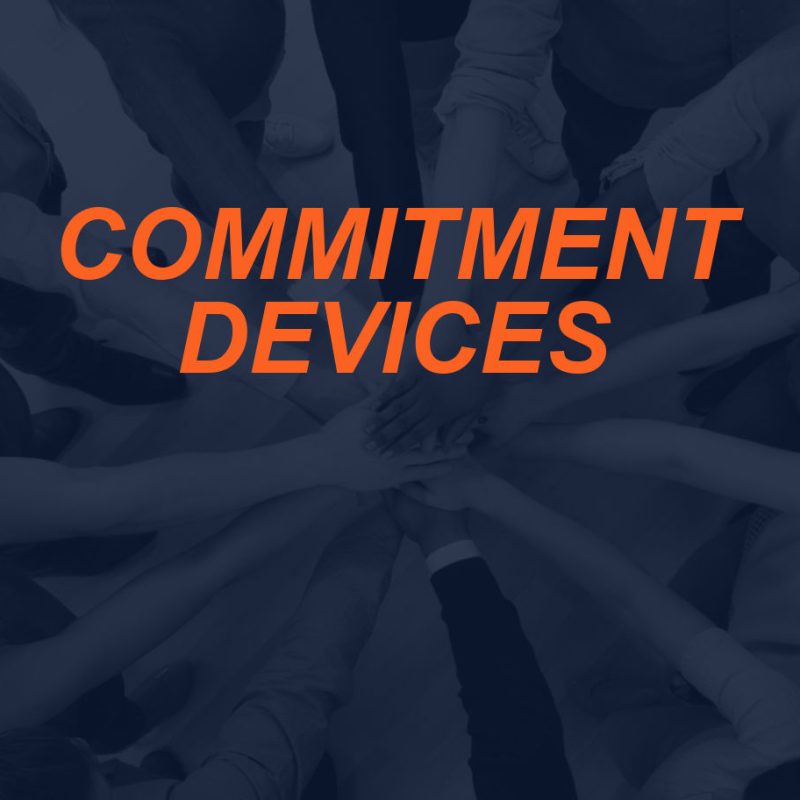 Committing to a healthy lifestyle delivers its obvious benefits that most won’t argue with, yet most of our fitness clients wrestle with this commitment daily. Exercising and eating well generally result in many positive health outcomes and measures; the more we stick to living a healthy life, the better such results generally are. Therefore, it follows that, anything that can help us commit ourselves more to those healthy behaviors would be a valuable tool. Enter the concept of commitment devices.

What is a Commitment Device?

A commitment device can be loosely defined as any action or item that encourages an individual to make a certain choice. A simple example comes from the Nobel Prize-winning Behavioral Economist Richard Thaler. Thaler often tells the story about the night he hosted a dinner party with other economists. He set out a large bowl of cashews before dinner, and before long the bowl was half empty. Everyone unanimously decided to put the cashews away so they wouldn’t ruin their appetites. This is a commitment device; if there are no cashews on the table, it makes it easier to avoid eating them. Thaler could easily go get the cashews and bring them back, so removing them isn’t some impossible hurdle. Just a simple pact, made by the subjects themselves, that helped them commit to their goal.

How can fitness professionals and clients use commitment devices to stay focused on forging a healthy lifestyle?

Much like the example above from Richard Thaler, sometimes the easiest thing you can do is simply avoid temptations. Do you drink too much soda? You don’t necessarily have to shun your favorite drink altogether, but maybe don’t stock it at home. This might lead to drinking more water and other beneficial habits. Understandably there can be negative consequences to avoidance techniques, so this should be approached with intention and caution.

Professor Katie Milkman from Wharton studied temptation bundling.  Subjects who volunteered for the study promised not to read their favorite book or watch a favorite show unless it was on the treadmill at the gym. Milkman measured an initial positive turnout from the commitment group compared to a control group. Maybe your clients will let you choose their Netflix password for them??

M.M. Savani, at Brunel University in London, tested the effects of a simple commitment contract. The subjects in his experimental groups signed an actual written contract that stated they would commit to a specific weight loss goal. The study showed a positive effect on the actual outcomes of the subjects’ change in BMI. Savani suggests that this is a result of both an individual’s self-reputation and maintaining a coherent self-image, as well as a public self-image. In other words, the subjects wanted to maintain consistency in the way they saw themselves, the way others saw them, and their actual behavior.

Similar to Savani’s suggestion above, having a social group, or even one friend to feel accountable to can be very valuable. Knowing that there are other people who rely on you, or expect a certain behavior from you, can be enough to drive behavior. This can backfire too, if your friends all meet for pizza and beer twice a week the social pressure might have a negative effect on health. But including friends and family in a new healthy behavior is a great commitment device nonetheless.

Sometimes a trainer can play a part in all of these commitment devices, or just make helpful suggestions. The key is to do your best to set your clients up for success by making healthy choices easier to make. Employ some of these tactics in your own life or with your clients and take note of what works best. 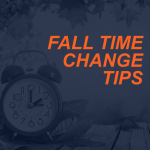 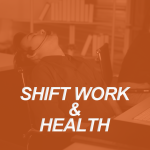