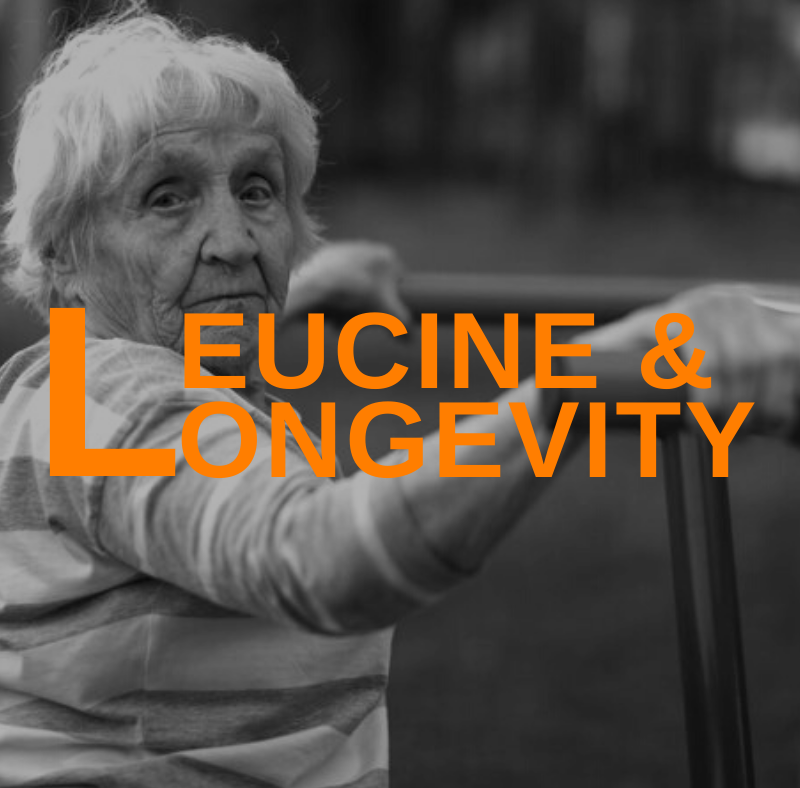 The branched-chain amino acid leucine, long considered the kingpin of essentials for muscular growth, recently came under attack by some scientists as potentially lessening one’s lifespan. Read more to learn about the debate, the details, and discerning the truth.

Research has uncovered a previously little-known aspect of leucine that instigated some potentially unwanted attention. Leucine interacts with the body’s mechanistic/mammalian target of rapamycin, known as mTOR, which serves to rid the body of damaged and older cells, making way for regeneration. As a result, leucine-induced rapamycin plays an important role in supporting longevity. mTOR may also provide an antiapoptotic (preventing cell death) function. However, if excess leucine flowing through the body interrupts the action of rapamycin, some scientists believe one’s life expectancy decreases.

Maintenance of skeletal muscle mass depends entirely upon the balance between the body’s anabolic and catabolic processes. The kinase known as mTOR plays an evolutionarily conservative role in balancing anabolic and catabolic processes. mTOR controls, and attempts to strike an appropriate balance between, the competing processes of protein synthesis and preserving lean muscle tissue. This holds true regardless of age.

The long-term outcome of mTOR activation may lead to different results from what one derives in the short term. While greater mTOR activity aids in muscular growth, it may not bode well for overall health; several studies implicate it in cellular processes potentially causing the uncontrolled growth of cancer cells.

mTOR controls the cell’s protein synthesis. Excessive cell division supports the progression of certain types of cancers, especially those that utilize glycolysis for energy. Since mTOR increases production of those enzymes required to initiate glycolysis, some professionals feel that over-activating the mTOR pathway may pave the way for the development of certain malignancies.  Turning on mTOR requires the presence of ample leucine in the body; some data exists to reveal that high levels of circulating BCAAs lead to insulin resistance and other metabolic diseases.

According to functional medicine specialist Dr. Frank Lipman, the overall effects of protein on the human body shift as we age, and so do the amounts needed. Lipman goes so far as to say that after age ~45, animal protein can directly affect the genes responsible for one’s longevity.

To this point, Dr. Lipman advocates the ever-popular shift to a more plant-based protein diet. His reasoning points to the inclusion of more collagen in one’s daily consumption, derived from animals yet typically looped in with plants. “Collagen is the one animal-derived protein that does not have [much BCAA] amino acids,” says Lipman. “It’s a great source of protein that doesn’t have a negative effect on longevity genes.”  Fewer circulating BCAAs (including leucine), he reasons, will not overly stimulate mTOR. “You don’t want to stimulate [mTOR] if you want to age well,” Lipman adds. This particular viewpoint remains a topic of much debate.

Other encouraging scientific news seems clearly dismantle this leucine/mTOR/longevity theory. After the age of 40, muscles become less sensitive to the effects of leucine and insulin. The body begins to move more towards more wasting in the absence of sufficient protein. While metabolism does slow down with age, requiring fewer overall calories, boosting protein remains critical with age. Studies show that it takes a greater leucine spike from food to activate mTOR in a 70- year-old than a young adult; the bodybuilder for whom 20g of whey protein suffices may need upwards of 40g for successful muscle building through the later years.

The molecular switch for stimulating muscle protein synthesis, mTOR is activated by training with weights and prudent consumption, most notably protein sources with a high leucine count. It would run counter to intuition and most scientific evidence to think that synthesis over the breakdown of lean muscle mass could possibly lead to a shorter, less desirable lifespan. Afterall, frailty is highly predictive of a number of negative health outcomes but also hospital readmission and death. In addition, in rodent studies, diets rich in BCAAs have a positive effect on the mean lifespan of male mice.

Dr. Michael B. Zemel posed an interesting question to his research team: what was the energy source behind leucine’s mTOR activation? “What drove my curiosity was all of the work that said that leucine was an mTOR activator. I wanted to know where the energy came from. Because if it’s stimulating mTOR, and you’re building protein from mTOR, that’s energetically expensive – you’ve got to fuel it somehow. So where does the fuel come from?”

As it turns out, mTOR activation energy relies on the ability of leucine to stimulate an increase in the catabolism of fatty acid. “That was curious, because you’ve got something that stimulates both anabolism and catabolism,” says Zemel. “Biology doesn’t usually work that way, where you concurrently upregulate oppositely directed pathways, and I found that very bothersome. So, I began to dig into it a little more.”

Zemel’s further research revealed that the concentration of leucine responsible for building muscle protein differed greatly from that required to drive catabolism. “We began looking at several systems and, after doing some experiments found that leucine was a direct allosteric activator of SIRT1 [a gene closely correlated with longevity],” he concludes.

Trainers know that post-workout supplement shakes tend to contain more than an adequate supply of BCAAs. Ample leucine ingested post-workout targets mTOR signaling as well as phosphorylation of compounds called downstream effectors. This in turn directly increases protein synthesis, exactly the desired outcome of heavy resistance training. The importance of this increases as we age.

Reduced muscle mass and strength, both well-documented predictors of frailty, lead to an increase in falls among older adults. Scientists found that sarcopenia — age-related diminishing of strength/muscle mass – may in fact result from the anabolic resistance of aged muscle to nutrition, most particularly the sensitivity to essential amino acid stimulation. Once again, post-exercise supplementation of protein or simply BCAAs alone seems to enable older adults to preserve hard-earned muscle mass. As the leucine contained therein increases muscle protein synthesis, it also attenuates muscle breakdown, keeping older individuals stronger. Strength offers a higher quality of life in our later years, regardless of longevity.

The research pointing to excess leucine consumption as shortening lifespan may have more to do with variables other than leucine. If protein ingestion has led to excess circulating leucine, perhaps said individuals overconsume in general, meaning excessive calories overall. We already understand how that contributes to morbidity and mortality. Another speculation takes into account one’s level of physical activity. Individuals who both overconsume and lead sedentary lives further increase their chances of dying sooner…no fault of the extra leucine.

The take-home message: these theories need vastly more research to elucidate the mechanisms of leucine and mTOR as they potentially relate to lifespan.

The Gym is not enough for Bodybuilders: Understanding Muscle Protein Synthesis