“All things in moderation.” This oft-cited phrase is believed to date from ancient times and remains relevant today.

Take for example, the principle of energy balance used in diet in exercise that calories in should be in some proportion–depending on one’s fitness goals–that approaches parity.

When we consider that the physical energy expenditure in the United States has fallen markedly over the past century while the availability of easily obtainable high calorie foods and beverages has skyrocketed, the concept of energy balance is all the more relevant. In one recent study, researchers suggest the use of strategies that pair food and beverage intake with a higher level of energy expenditure than is typical in today’s society. This, the researchers say, would allow the biological system that regulates body weight to perform more effectively. 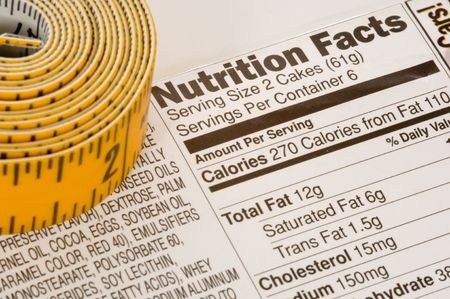 When we consider that many people burn up about 200-300 calories in a 30-minute bout of moderate exercise, the number of calories contained in say, a sports drink, can seem pretty ominous.

Yet, replenishing energy and nutrients in a post-workout setting is still a good idea. The more intense the resistance workout, the greater the need for protein, for example. Not ingesting an appropriate meal shortly after the session, which would otherwise provide the energy required by the muscles that were just worked, will result in continued catabolism and an undesirable reduction in tissue energy and volume. This condition is a detriment to reaching any fitness goal because it reduces lean mass.

Minute for minute, more energy is expended and consequently more calories are burned during intense exercise intensely rather than moderate exertion. In other words, running uses more calories than does walking for the same interval. Whether that is desirable depends primarily on someone’s present state of physical conditioning and health goal or goals.

Exercising at higher intensities might also reduce appetite for some time after the workout, unlike less intense exercise levels. In a recent study, it was found that men who rode stationary bicycles intensely for 30 minutes ingested significantly fewer calories afterward than when they rode at moderate intensity for the same amount of time. They also exhibited reduced lower blood levels of ghrelin, a hormone known to stimulate appetite.

During intense exercise, the body turns to calories from carbohydrates. But when performing at a more unhurried pace, energy demands are lower and the body can turn to the slow but steady fuel source: fat. According to one study, exercising at an intensity of about 65 percent to 80 percent of your maximal heart rate (HRmax), or a pulse rate of about 105 to 130 beats per minute, maximizes the amount of fat burned during a workout, although it involves less caloric expenditure per minute than exercise performed at more intense levels.

For achieving and maintaining an optimal level of health, perhaps we need look no further than the concepts of restraint and common sense, or as the ancients are reputed to have so eloquently put it: “All things in moderation.”