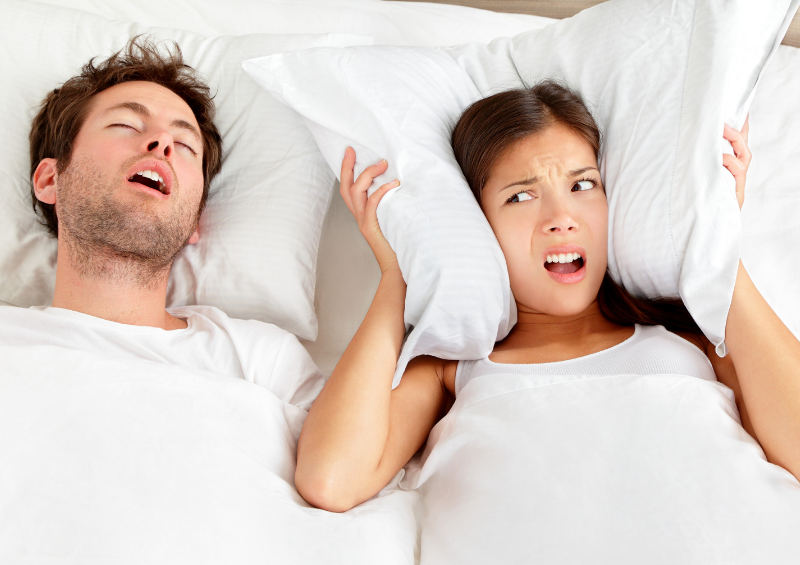 We all know that exercise, sleep, and health are interconnected. Exercise can certainly improve sleep apnea, but to what extent and under what circumstances?

Knowing about the sleep habits and health conditions of your clients becomes increasingly important when lack of sleep could be threatening beyond the usual consequences of not getting enough.

Each of us has his own preferred method of waking up in the morning, ready to face a new and productive day. Some set a loud alarm clock; others choose to be gently awakened with music; still, others may rely on another person tapping him/her on the shoulder until the eyelids flutter open. For sufferers of sleep apnea, however, awakening can be a jolting and disturbing event.

The Physiology of Sleep Apnea

Sleep apnea is a condition characterized by restless sleep, insomnia and daytime sluggishness. Breathing often slows or even temporarily ceases while the individual sleeps, thereby stressing the cardiac system. While failing to awaken feeling refreshed is certainly bothersome, downplaying the severity of sleep apnea can lead to death.

The most common form of this disorder is Obstructive Sleep Apnea, or OSA. This is caused by an airway blockage, typically formed when soft tissue in the back of the throat collapses as one sleeps. There are a multitude of symptoms associated with OSA in addition to the loud snoring and lack of energy that are frequently reported. Waking up in the morning – or in the middle of the night – with a very dry throat, or even a chocking/gasping sensation, are among the more distressing symptoms.

While OSA can affect both genders and can strike at any age, experts have observed certain key risk factors for developing the condition. A large tongue, large tonsils, and a small jawbone are often noted, as well as the comorbidity of gastroesophageal reflux, commonly referred to as GERD. Nasal cavity problems, such as a deviated septum or sinus issues, also pose a risk.

Excess body weight frequently contributes to the onset of sleep apnea. Research scientists have long been interested in the effects of exercise on potentially mitigating the symptoms of OSA, initially thinking in terms of its weight loss effects.

Results of such studies were somewhat surprising. While there appeared to be a positive relationship between regular cardiovascular activity and a reduction in symptoms – as much as a 25% decrease in severity of the condition — none of the test subjects lost a statistically significant amount of body weight during the time frame of the study.

The good news came rather in the form of an increase in sleep efficiency as well as peak oxygen consumption, while simultaneously reducing the incidence of sluggishness experienced throughout the day.

This surprising outcome caught the attention of Dr. Christopher Kline, a postdoctoral scholar at the University of Pittsburgh School of Sleep Medicine. He calls this outcome “compelling”. The average weight of the participants in this study was over 220 pounds. Dr. Kline feels that “they would have had to lose 22 pounds in order to achieve the same benefit received just through exercise.”

OSA is often treated with a continuous positive airway pressure (CPAP) machine worn at night. However, this method is often not suitable for all sufferers. Therefore, the practice of introducing regular aerobic exercise to achieve beneficial effects has been most welcome my physicians and patients alike. Physiological adaptations of regular exercise often include increases in upper airway dilator muscle tone and decreases in fluid accumulation in the neck. These in turn increase the “effectiveness” of overnight rest.

It’s Not as Clear-Cut as it Seems 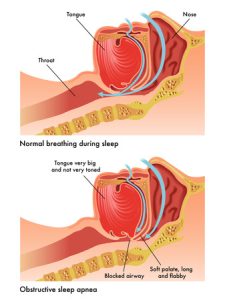 Before we celebrate exercise as the panacea for sleep apnea, there is, unfortunately, another side to this coin. A 2014 study published in the Journal of Clinical Sleep Medicine highlighted another negative side effect of poor breathing during sleep: impairments to one’s capacity to exercise. A research study revealed that, compared to those who do not suffer from OSA, affected individuals may actually lack the ability to burn sufficiently high levels of oxygen during strenuous aerobic exercise.

In addition to a reduced capacity for cardiovascular exertion, muscle energy metabolism in these patients was impaired during exercise, and skeletal muscle fibers showed deleterious changes when compared to those in the “healthy” control group. Even upon completion of an exercise session, recovery time held its own unique abnormalities: a reduction in blood volume pumped from the left side of the heart to the right side was observed, as well as a weakened pulse.

Jeremy Beitler, Assistant Clinical Professor in Pulmonary/Critical Care Medicine at the University of California San Diego, was the lead author on one such study. He and his colleagues reached the conclusion that “…the sleep apnea itself causes structural changes in muscle that contributes to these patients’ difficulty during exercise.”

How Personal Trainers Can Help

Herein lies our professional dilemma when working with an OSA sufferer: do we encourage aerobic exercise to foster the aforementioned benefits, or do we proceed with caution due to the limitations of such an individual’s inherent structural barriers to effective exercise?

Realizing that the benefits seem to manifest themselves despite little if any change in body weight, the likely prescription for such a client might be to couple basic aerobic conditioning with a prudent dose of nutritional counseling.

By starting each of these endeavors slowly, a trainer can carefully assess and monitor progress. If success has been made in research studies in the absence of significant weight loss, imagine the potential should the client also shed some unwanted pounds, thereby furthering the improvements of his symptoms.

Prior to increasing time/intensity of aerobic workouts, it is best to inform the client of potential pitfalls due to his physiology and structural make-up. Again, ramping up the workouts slowly is the key to developing lifelong habits while still exercising caution.

Sleep apnea, and OSA, in particular, poses many health threats, both short-term and over the course of a patient’s life. If we have the power to alter the course of suffering and help these individuals attain a worry-free and restful overnight sleep, we should utilize our skills to help move these clients in a positive, energetic manner. 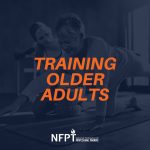