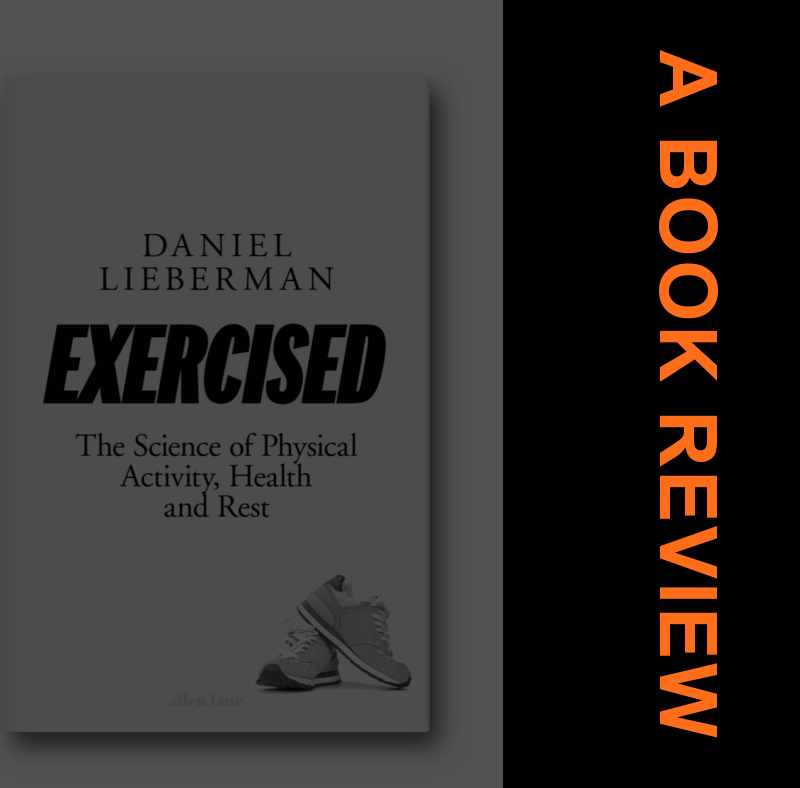 If exercising is so good for us, then why is it so hard to get people to workout? We experience hunger, and feel satisfaction after we eat. We feel thirst, and quench it with water. But how do we make exercise as simple and natural as eating a sandwich? If I knew the exact answer, I’d be a very popular trainer. But perhaps we can all understand a little bit more about why we evolved the way we did, why exercise is good for us, and why it’s so hard to get to the gym sometimes. A new book by Daniel Lieberman Exercised: Why Something We Never Evolved to Do is Healthy and Rewarding might help us gain some of that understanding.

Lieberman is an Anthropology and Biological Sciences professor at Harvard University. He is well-known for researching and writing about the evolution of the human body. Lieberman was highly referenced by author Christopher McDougal in his popular 2004 book Born to Run because of his research on barefoot running, and his suggestion that humans have evolved to have particularly high endurance compared to many other species of animal.

In his new book, professor Lieberman takes a very practical approach to examining the evolutionary aspects of how our bodies work, how to exercise, why we should exercise, and why it’s so darn hard to get people (this trainer included) to get enough exercise (he also apologizes for sparking what became a dogmatic movement to promote barefoot shoes and running).

His basic argument, which guides the narrative for the approximately 349 pages of Exercised, is that if exercise was good for us, then wouldn’t evolution have provided a means in which we would in some way crave exercise? Instead, we often find ourselves in a battle between sleeping in or getting up early for a jog; between a Marvel movie on the couch or a workout at the gym; or playing on our phone, instead of doing calisthenics.

Lieberman does a great job of examining, without bias, scorn, or a pomposity, our propensity toward inactivity, our potential for power, speed and strength, human endurance, and finally, in the last part of the book, exercise, and disease in the modern world.

This book is a great read for fitness professionals because it closely examines our society’s challenges in getting enough exercise, instead of simply writing it off as “laziness” or failing to “prioritize”. It may give us the tools to help set realistic goals and specific processes for people to follow toward success. 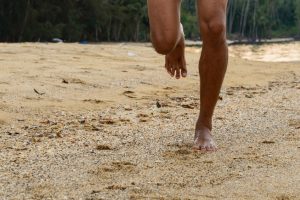 One of the most fascinating aspects of Lieberman’s research, and the stories in this book, is that he has spent many months with various hunter-gatherer, or hunter-farmer, communities around the world to gather first-hand observations. Additionally, his in-depth study of early humans and early agricultural societies lays the foundation to reach a number of his conclusions about our behavior.

Early in the book Lieberman discusses sitting. He brings up the somewhat cliche new adage that “sitting is the new smoking” in order to suggest that humans have always spent much time sitting. However, the way we sit is very different. For example, stools have been, and in some places still are, far more common than chairs with backs on them for most of history. “…the only folks seated on comfy chairs with backrests are gods, royalty, and priests.” according to Lieberman.

It was only since the industrial revolution that the common person could have a nice chair with a back on it. The hunter-gatherers with whom he has spent time, sit as much as we do, However, while they sit on the floor with no chair behind them, their core is still engaged and they are usually active with cooking, or preparing food or some other chore. Although sitting is not nearly like smoking, we certainly aren’t getting any stronger from all of our luxurious ergonomic chairs.

My favorite aspect of Exercised was in chapter 12. The chapter opens with “MYTH: There Is an Optimal Dose and Type of Exercise”. Throughout the chapter Lieberman discusses the many nuances and subjective variables that can dictate the optimal exercise prescription for a group or an individual. He once again references the data, research, and comparative studies that he has used throughout his tenured career to analyze the dose-response relationship between regular exercise and mortality.

He discusses a number of different types of exercise like HIIT, “steady state” aerobic activity, and resistance training and their part in a healthy balanced fitness routine. According to Lieberman “Although there can be no optimal exercise prescription, physical activity nonetheless promotes growth, maintenance, and repair mechanisms that build capacities and slow aging”.

Within chapter 12 are a number of graphs and data from studies comparing levels of exercise with instances of death throughout a certain cohort. The outcome of these research papers showed that there is a very high correlation between more exercise, and less chance of death. Not a surprising outcome for those of us who spend our careers and hobbies in the fitness industry, but refreshing to see the positive scientific data.

I highly recommend Exercised to fitness professionals and exercise enthusiasts alike. For your more cerebral or academic clients, they may respond more to the information in this book than your cheerleading. Lieberman, despite being an academic who publishes research on a regular basis, is also a great long-format writer. The book delivers great information and thought-provoking perspectives in an easy to read and understandable way. He also infuses an enjoyable amount of sarcasm and humor throughout. Understanding “human nature”, and therefore human behavior, is an important aspect of training and coaching. From goal setting and program development, to exercise movements and even industry policy, knowing how people work, helps to understand how they will react. Two thumbs up.