The purpose of this article is to understand the types of body fat, energy from fat,  protective mechanism within the body that fat serves, when cellular resistance to fat occurs, how hormones impact fat utilization, the hormones triggering satiety and hunger and how to regain homeostasis specific to energy turnover and fat utilization.

When and why do we develop adipose tissue? One viewpoint is fat cells are usually formed in early childhood or at puberty. A child who consumes a large number of calories can actually grow new fat cells (hyperplastic obesity), whereas an adult will keep the same number of fat cells and they just expand (hypertrophic obesity).1

Where is fat located in the body? Subcutaneous fat is found directly under the skin. It’s the fat that’s measured using skin-fold calipers to estimate your total body fat.  But, subcutaneous fat cells also occur in the belly. There’s emerging evidence that the danger of big bellies lies not only in the deep visceral fat but also the subcutaneous fat.

The Visceral or “deep” fat wraps around the inner organs and spells trouble for your health. Visceral fat drives up your risk for diabetes, heart disease, stroke, and even dementia. Belly fat has gotten a mostly deserved reputation as an unhealthy fat. “Understand that belly fat is both visceral and subcutaneous,” says Kristen Gill Hairston, MD, MPH, an assistant professor of medicine at Wake Forest University School of Medicine, Winston-Salem, N.C. http://www.webmd.com/diet/the-truth-about-fat?page=3

Please refer to the textbook Guyton and Hall Medical Physiology1 to learn and expand on some of the basic principles concerning fat molecules. Although the term lipid is sometimes used as a synonym for fats, fats are a subgroup of lipids called triglycerides. Lipids also encompass molecules such as fatty acids and their derivatives (including tri-, di-, monoglycerides, and phospholipids), as well as other sterol-containing metabolites such as cholesterol. Lipolysis is the process that involves the release and mobilization of fatty acids from adipose tissue to be utilized as fuel. Fatty acids in addition to being mobilized for fuel can act as precursors to the synthesis of ketones during periods of fasting/starvation. Lipolysis not only occurs in adipose tissue, it will also occur in muscle tissue and liver where reserves occur for energy.2

Ingested fats travel through the stomach and into the small intestine where they are emulsified by bile and broken down by lipolytic enzymes. The break down products of fat are phospholipids, triglycerides and cholesterol. All three are packaged back into Chylomicrons and bypass the liver, entering the bloodstream through the lymphatic system. Chylomicrons are taken up by adipose (fat) tissue or eventually make it to the liver where they are broken down to phospholipids, triglycerides and Low density and very low density lipoprotein cholesterols. Phospholipids are utilized in cell membrane formation, whereas triglycerides are broken down into fatty acids and glycerol. Fatty acids become an abundant source of energy while glycerol is converted to glucose and then stored as glycogen.3

Cellular energy is in the form of ATP (adenosine triphosphate) molecules. The body converts fats, sugars, etc. into ATP that is then used for energy. The conversion from fats and sugars into the ATP molecules occurs when the thyroid gland, located at the base of the neck, makes the hormone T4 (thyroxine) through the messenger TSH (Thyroid Stimulating Hormone) which is released by the pituitary gland in the brain. The pituitary takes its orders from the hypothalamus (also part of the brain). T4 converts to T3 (triiodothyronine) and RT3 (reverse T3). The T3 turns on the ATP (energy) making machinery inside each living cell while the RT3 slows it down.

If the metabolic activity is excessive, the adrenals perceive this as a stress. In response to this stress, the hypothalamus will signal the pituitary to produce less TSH, thus producing decreased T4 and thyroid activity. 4

Fat utilization occurs in the cell’s mitochondria. Mitochondria are small organelles floating free throughout the cell. Some cells have several thousand mitochondria while others have none.

White, fast twitch muscle fibers have very few mitochondria, restricting the duration of its contractions. On the other hand, red, fast twitch fibers have many more mitochondria than the white, fast; meaning that the red, fast fibers can contract for longer periods before fatiguing. By comparison to both, it is the red, slow twitch fibers that have a tremendous number of mitochondria, allowing for contractions that last much longer than either of the other muscle fiber types.

Muscle cells need a lot of energy so they have loads of mitochondria. Neurons (cells that transmit nerve impulses) don’t need as many. If a cell feels it is not getting enough energy to survive, more mitochondria can be created. Sometimes mitochondria can grow larger or combine with other mitochondria. It all depends on the needs of the cell. For example, as someone gets into better aerobic condition, there are several changes that occur to promote fat utilization and minimize lactate accumulation. Mitochondrial numbers increase, as well as the enzyme content in them. The cross sectional area of red, slow twitches (Type I) fibers increase. This indicates the mitochondrial number, capillaries per muscle fiber and number of muscle fibers all increase. 3

For these reasons, strength athletes should target white, fast twitch fibers first in their training sessions, while energy and mental focus is still strong. If higher rep sets are performed first, then the already low energy stores that are available to the white, fast fibers may be undesirably depleted prematurely and one may lose the necessary mental intensity needed to tap into these “fast and furious” fibers.

Whether you are growing or expanding fat cells, understand there are innate markers that the body has as a control mechanism explained by the ‘Setpoint Theory’, which purports that the body determines how much fat it wants to hold.2   For example, as the caloric intake climbs and falls, the body adjusts its basal metabolic rate to maintain that fat-to-muscle ratio. Set points become markers for how much the body can potentially gain or lose belly fat. In an obese individual the marker suppresses any additional fat beyond a certain set point. 2

Hormones from the pancreas, adrenal and thyroid glands will affect use and storage of fat. Insulin from the pancreas promotes fat gain, increasing fatty acid uptake in the adipocytes. In other words insulin is anti-fat burning. When the fat set-point is reached the fat cells will become insulin resistant to suppress additional fat gain.2   Insulin resistance will lead to the accumulation of lipids in the plasma and liver, which in turn prevents the liver from utilizing glucose and fat. Because of insulin resistance the body has to increase in fat to clear the fatty acids from the blood, liver, and other tissues. In the body’s role of off-setting increased levels of lipids with fat gain, the increased fat stores are visceral and usually aggregate in the belly area.

The known biochemical principles of how insulin acts as anti-fat burning include its stimulation of phosphodiesterase 3, which degrades cellular cAMP (critical for lipolysis) in fat cells. Further, insulin will enhance dephosphorylation of lipase (fat-burning hormone); and, translocation beta-adrenorecptors that will reduce lipolytic sensitivity to adrenal hormones.2 [Cyclic adenosine monophosphate (cAMP, cyclic AMP, or 3′-5′-cyclic adenosine monophosphate) is a second messenger important in many biological processes. cAMP is derived from adenosine triphosphate (ATP) and used for intracellular signal transduction in many different organisms, conveying the cAMP-dependent pathway.]

Fat cells have beta and alpha adrenorecptors.  Hormones from the adrenal gland are stimulators of lipolysis and communicate with 1, -2 and -3 beta adrenorecptors and alpha 2-adrenoreceptors. Beta adrenorecptors (-2 and -3) innervate fat burning while alpha-2 and beta-1 receptors inhibit lipolysis. These beta receptors that innervate lipolysis are coupled with G-sensitive protein. In turn this protein catalyzes the formation of cAMP.   cAMP in turn activates protein kinase-A which phosphorylates and activates hormone sensitive lipase, leading to lipolysis. Other hormones that have a cAMP lipolytic effect include thyroid stimulating hormone, glucagon cholecystokinin (hunger related) and parathyroid hormone.2

In mentioning adrenal hormones we cannot forget the negative impact of daily stress and how stress will lead to adrenal exhaustion. Inhibition or stimulation of fat utilization becomes dependent on the ratio of alpha to beta adrenorecptors. Alpha adrenoreceptors is the body’s way of protection from stress. In today’s society stress becomes common when individuals burn the candle at both ends, not following proper training, rest, diet and relaxation. These individuals will cause their body to adapt to chronic stress. Stress adaptation will make fat cells resistant to the stimulatory role of the adrenal hormones, safe guarding the body from over-excitation and exhaustion. 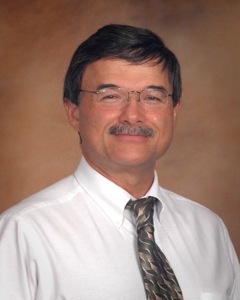