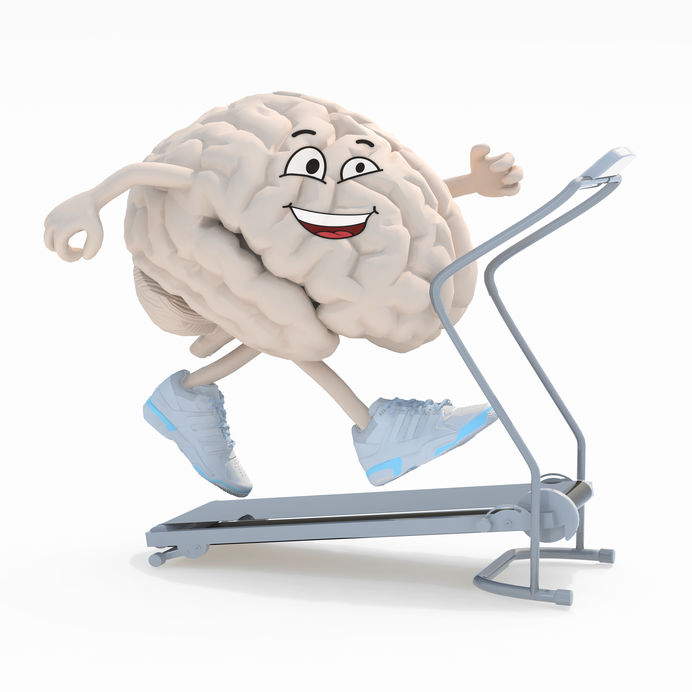 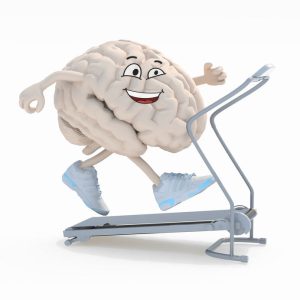 Exercise is known to have numerous neuroprotective and cognitive benefits, affecting domains from memory to learning processes. In a society where one new case of age-related dementia is detected every four seconds and scientists predict that over 115 million individuals worldwide will suffer from some form of cognitive decline in 30 years, fitness professionals are in a unique position to help promote exercise as a preventive tool for dementia.

From Fitness To Function

Scientists have recently honed in on exercise-mediated hippocampal neurogenesis, the process by which new neurons are generated and incorporated into hippocampal circuits. A key molecule, called brain-derived neurotrophic factor (BDNF), appears to mediate this process.

A joint investigation by research teams from the University of Illinois and the University of Pittsburgh measured cardiorespiratory fitness of 165 male and female adults between the ages of 59 and 81. Using magnetic resonance imaging (MRI scanning), they assessed the volume of both the left and right sides of the hippocampus along with numerous aspects of spatial reasoning. A significant correlation was revealed between a subject’s level of fitness and his/her performance on spatial memory tests, as was a direct link between fitness and hippocampus size.

A deteriorating hippocampus can be blamed for the memory loss and disorientation often suffered by older adults. Researchers in Australia discovered that adults who engage in aerobic exercise exhibit a larger left portion left of the hippocampus, the area of the brain responsible for the formation of new memories as well as transferring information from short-term to long-term memory. It is interesting to note that resistance training and balance exercises did not yield the same results. Aerobic workouts increased hippocampal volume by 2%, effectively shaving 1-2 years off of typical age-related losses.

“The higher fit people have a bigger hippocampus, and the people that have more tissue in the hippocampus have a better spatial memory,” said U. of I. Psychology professor Art Kramer, who led the study jointly with Pittsburgh Psychology professor Kirk Erickson. “This is really a clinically significant finding because it supports the notion that your lifestyle choices and behaviors may influence brain shrinkage in old age,” Erickson said. “Basically, if you stay fit, you retain key regions of your brain involved in learning and memory.”

The direct effect aerobic exercise has on both memory and cognitive reasoning most likely arises from lowering the body’s resistance to insulin, reducing inflammation and stimulating growth factors that keep brain cells healthy. Indirectly, exercise improves mood, sleep patterns, and lowers stress and anxiety, common factors that may contribute to cognitive impairment. Post-mortem tissue analysis of fitness buffs and non-exercisers alike suggests that the hippocampus possesses the ability to generate new neurons in adulthood. However, neurogenesis seems greatly increased among those individuals who engage in regular aerobic workouts.

Although no previous research found support for resistance training to have a positive impact on the hippocampus, that doesn’t mean there isn’t brain benefit garnered from weight training.

A study conducted in 2011 found that senior women who engaged in low rep-range resistance training (2 sets of 6-8 reps per exercise) twice a week for a year changed function in the region of the cortex associated with response inhibition (the suppression of actions that are inappropriate in a given context and that interfere with goal-driven behavior) when compared to controls and a group who exercised only one day a week.

The researchers also found that task performance in two areas improved with regard to response inhibition concurrently with the functional changes in the brain. This is a strong argument to include strength training along with aerobic exercise to both prevent and improve brain health, especially in seniors.

The standard recommended 30 minutes of moderate physical activity 5 days/week, or 150 minutes/week, seems effective at holding dementia at bay.  If your clients simply cannot make that happen, either due to strict time constraints or physical inabilities, encourage them to at least get started on a healthy aerobic exercise habit. Even deconditioned clients can begin with as few as 10 minutes/day, record their weekly progress, and increase workout time by 5-10 minutes/week until they reach their goal. You can function as an ally in their lifelong quest of cultivating cognitively strong “golden years”.