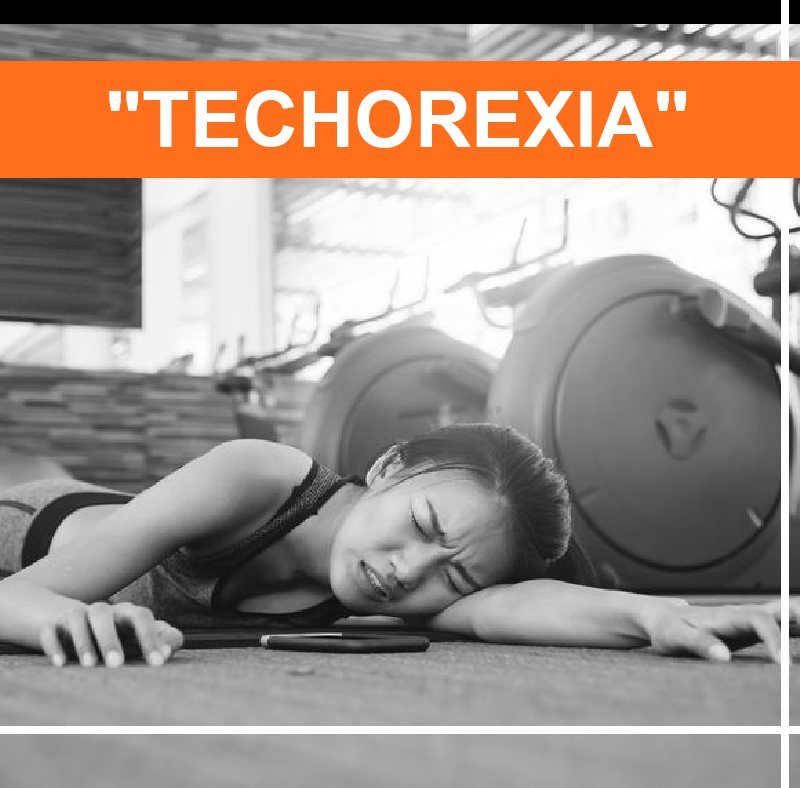 Today’s “gym attire” extends well beyond the latest in designer Lycra clothing. Wearable technology encircles the wrists of a number of clients and fitness enthusiasts seeking to improve their health, endurance, muscle mass, or running speed. Accuracy aside, a potentially dangerous pattern may be brought on by these gadgets and deserves our attention. Here’s how something as seemingly benign as fitness trackers can be cause for concern and what trainers can do.

Today’s market offers a multitude of devices for monitoring workouts as well as other wellness parameters. Many individuals find this serves as a “wearable coach”, helping them stay motivated to boost activity intensity while also managing weight loss goals. However, constantly tracking intake and output may serve to propagate and/or worsen eating disorders, if not create compulsive behaviors that weren’t already present. In fact, a new study found that for some users, fitness trackers can do more harm than good.

Those living with eating disorders, particularly anorexia nervosa, already have unhealthy relationships with food and exercise. For these individuals, fitness trackers may exacerbate obsessive behaviors such as calorie counting, rigorous exercise compulsions, and an unrelenting quest for body perfection, often at a significant cost to their health.

Behaviors associated with eating disorders (binging, purging, over-exercising, and starvation) serve a purpose for the affected individual. Also referred to as process addictions, the powerful compulsion forces the individual to repeatedly engage in such behaviors despite their negative toll on one’s physical and mental health. Scientists believe that these ritualistic behaviors create a sense of positivity or euphoria in the brain’s reward center. Therefore, even as these actions provide the illusion of control, such addictions paradoxically preside over an uncontrollable demon.

Some clients may present as wholly dedicated to their gym time, never missing a workout session in spite of their declining energy levels. The most common process addictions found within the eating disordered population relate to exercise addiction. Up to 48% of individuals enslaved to an eating disorder also suffer from some form of compulsive over-exercising syndrome, making “cross-addictions” more of the rule and not the exception. Such clients may prattle on in casual conversation about food, cooking, and recipes, while meeting every frightening criterion of obsessive over-exercise. When in doubt about a client, think seriously about how best to approach him/her. If you suggest easing up on the cardio, his/her defenses may flare. If you sense a real problem, a private consultation away from the fitness floor may work well.

A small body of research exists that correlates the link between fitness trackers and disordered body image. For individuals with a genetic predilection toward developing eating disorders, these gadgets can lead to life-threatening situations. As many as 65% of patients with anorexia nervosa admit to using calorie counting apps, leading to unhealthy increases of compulsive exercising.

As the star feature of their software, fitness trackers implore users to constantly move. For those clients already living with self-critical tendencies, the drive to increase activity levels or reach a particular weight-loss goal fast-tracks them to even more problematic behaviors. Many feel these devices create feelings of guilt when users fall short of a goal or fail to hit the progress level expected…or even when a friend burns more calories in a day than s/he. The mindset moving from “I want to exercise” to “I MUST exercise” waves a red warning flag which, if unheeded, can easily lead to a full-blown eating disorder.

In attempting to gain a better understanding of the effects these devices have on exacerbating underlying eating disorders, researchers Courtney C. Simpson and Suzanne E. Mazzeo recruited a sizeable representative sampling of college students: 345 females and 148 males. The volunteers completed questionnaires regarding disordered eating habits, degree of fitness participation, and calorie counting. Participants also reported whether they used any sort of fitness tracking technology and/or calorie-tracking apps. The scientists reported a link between fitness tracking and symptoms of anorexia nervosa, but to a lesser extent with calorie trackers. They concluded that the monitoring of energy expenditure with wearable devices correlates more strongly with eating disorder behaviors than the counting of calories, their intended purpose.

When Self-Regulation and Recovery Go Awry

When working with clients, experienced trainers learn that proper motivation will evoke changes in behavior, which inevitably leads to progress. The creators of fitness trackers operate on the same logistical platform. At what point, in either scenario, does well-meaning motivation lead to damaging self-regulation?

Those suffering from an active eating disorder, as well as clients displaying the first overt symptoms of pivoting from “disordered behaviors” to a life-threatening illness, already know the damage that can result from seemingly innocuous control devices. In fact, even the most dedicated attempts at recovery from anorexia nervosa can get derailed by overzealous reliance on data.

“Techorexia” seems a fitting term for individuals overly enmeshed in wearable tracking devices while simultaneously attempting to navigate recovery from anorexia nervosa. The word sums up the antithesis of the goals set forth by inventors of health-driven technology. The emphasis on calories burned or minutes/intensity of exercise completed directly conflicts with any attempts on the part of individuals in recovery, especially flying in the face of the Herculean task of releasing their stronghold on numbers. For these men and women, fitness-related numerology equates to self-worth. Just when patients in recovery have learned to stop weighing and measuring everything that enters their bodies, counting numbers of calories expended per workout can become a new dysfunctional fixation.

When clients seek out your opinion on fitness trackers, so many success stories probably come to mind. We hear every day how wearable technology helped motivate people to get off the couch during COVID-19 quarantine, often leading to pounds shed and increases in energy. Even setting up friendly competition between fellow fitness trackers can serve as tremendous motivation. But like many things in life, if a little works well, a lot might send some clients over the cliff’s edge. If you sense clients are fixating more than they should on the numbers on their wrist, remind them of the qualitative nature of their fitness journey, and the non-data driven results their looking for: feeling better, having more energy, and improving their health