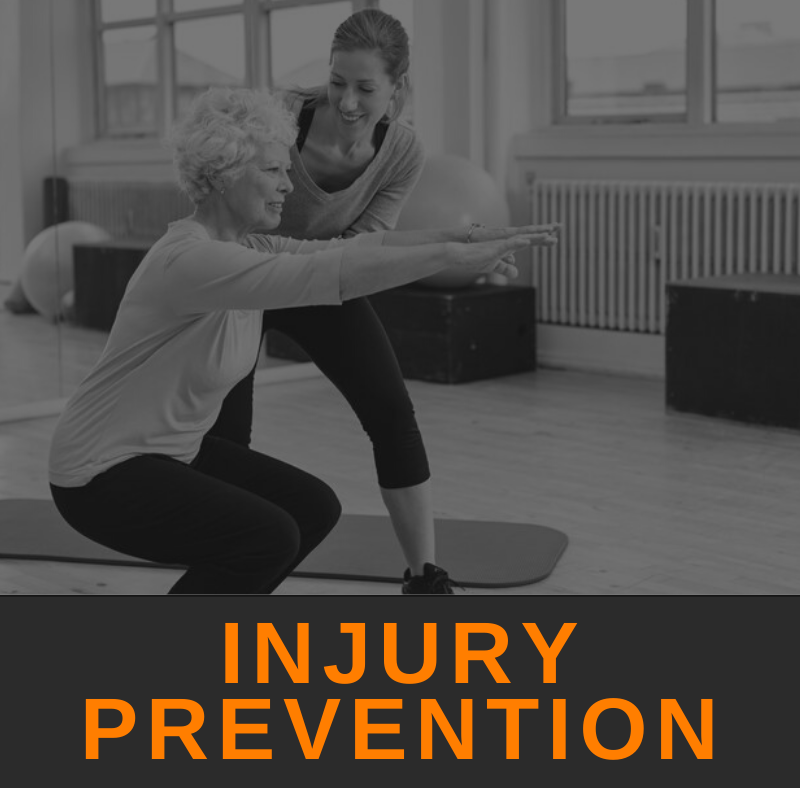 Physical therapists and sports medicine professionals often use the term “overuse injuries” to describe the unfortunate result of repetitive actions executed with sub-standard technique. Trainers witness this time and time again, as eager exercisers misuse fitness equipment or lack the strength and/or mobility required to properly lift a heavily loaded barbell, for instance. Often not immediately recognized, poor form leads to overstretching of soft tissue or improperly loading a compromised joint. If not corrected, over time these individuals may find themselves requiring time off to nurse and rehab a more serious injury…one they may have circumvented by awareness, prehab, and programming adjustments. Here is how trainers can apply an injury prevention approach to training.

An Ounce Of Injury Prevention

In most countries where so-called Western medicine is practiced, we observe a greater emphasis on seeking cures rather than methods of prevention. In much of the rest of the world, preventive medicine seeks to alter lifestyles and habits in an effort to thwart the development of disease, thereby negating the crucial need for cures/rehabilitation.

The world of sports medicine provides a perfect breeding ground for the study of prevention. FIFA, the governing body for the worldwide soccer industry, undertook the challenge of developing an athletic training program aimed at reducing many of the more commonly encountered injuries suffered by soccer players. In 2008, FIFA’s Medical Assessment and Research Center introduced their injury prevention program. Their protocol focused solely on a warm-up which included running, core strength, active stretching, lower body power, and other sport-specific exercises. If implemented by coaches at least twice a week, researchers predicted a significant lessening of injury occurrence over the course of an athlete’s competitive season, or even spanning an entire career.

While the injury rate indeed decreased as a direct result of this new warm-up, other positive factors also surfaced. Athletes observed greater performance, leg strength (particularly in the hamstring area), and an uptick in neuromuscular control. Might such a prehab protocol hone an athlete’s body to overcome/eliminate potentially risky patterns of movement?

Once again focusing on prevention rather than post-injury treatment, experts can now identify and correct key movement patterns in older adults that render them prone to injuries. A protocol known as Functional Movement Screen, or FMS, looks at one’s ability to easily and properly execute particular daily movements, including lunges, squats, and leg raises along with core strength and joint range of motion.  An individual’s limited capabilities in any of these movements could potentially lead to such common structural pitfalls as tendonitis and various sprains and strains, all of which seem exacerbated as we age.

In this ground-breaking analysis, scientists recruited close to 600 volunteers, healthy males and females in their 60’s, and asked them to perform the aforementioned FMS movements, 7 in all. Each was given a grade of 0-3, depending on the fluidity of execution, with a maximum possible score of 21. In the study group, men fared slightly less favorably than the women, amassing an average score of 11.7 as compared to the females’ average of 11.9.

Since previous research indicated that a score of less than 14 points aligned with increased risk of injuries, the researchers at the Cooper Center went a step further, and looked at other health risks that might also correlate to lower performance scores. They identified obesity, diminished “good” cholesterol and, not surprisingly, sedentary or minimally active lifestyles as potential problems leading to incorrect movement patterns.

While analyzing a client’s cholesterol levels lies outside of a personal trainer’s scope of practice, we certainly see our share of overweight, deconditioned individuals. In addition to helping such clients ease into exercise, trainers can pay close attention to any potential subpar movement patterns early on, before attempting to introduce more complicated motions.

Most clients want nothing more than to please their trainers, and often hesitate to reveal just how much difficulty they have in executing certain moves. By knowing what non-verbal cues to look for – tense body posturing, sweating, even a facial expression revealing distress – perceptive trainers can learn to discern when a client experiences undisclosed pain or lack of stability. Making note of signals such as this can then pave the way toward implementing more corrective-type exercises into the client’s training regimen.

Before even reaching a coach-driven level of competition, personal trainers can assist athletically inclined clients in perfecting basic movements by including them in regular workout sessions. Most popular competitive collegiate sports, for example, rely heavily on balance, core stabilization, lower body strength, and flexibility. If we consider football, soccer, basketball, volleyball, and gymnastics, we can easily imagine all of these qualities as necessary for optimal performance on the court, field, or the balance beam. Injuries are not the only end product of poor technique. Performance also suffers… the last thing athletes need during a critical championship event!

Slow and steady won the race between tortoise and hare. The same principle applies to clients who present with improper movement patterns. As anxious as we get to start new clients on their journey to adding muscle and building endurance, follow the tortoise’s example. If we slow down the clients’ first few sessions long enough to keep an eye on the specific movement patterns covered here, we can retrain functional basics and prevent injuries.