For most people, it takes about a month for the body to begin adapting to a strength training program. In other words, training clients who began working out as part of a New Year’s resolution to become more fit should be able to notice some of the benefits right about now.

Newcomers to exercise, in fact, often experience some of the most dramatic changes in a short time as a result of changes in their activity level and lifestyle. Over time, however, predictability and boredom can start to creep in, threatening to erode enthusiasm for just about any given routine. That’s where variety comes into the picture.

Often, people stay with the “same old, same old” in many areas of their lives for years. After all, if it isn’t broke, why fix it? Sometimes, that same mindset extends to workouts. And while there is something to be said for “sticking with the program”, many (if not most) people enjoy the challenge of trying something new, and anyone can benefit from working muscles different than those to which they are accustomed. 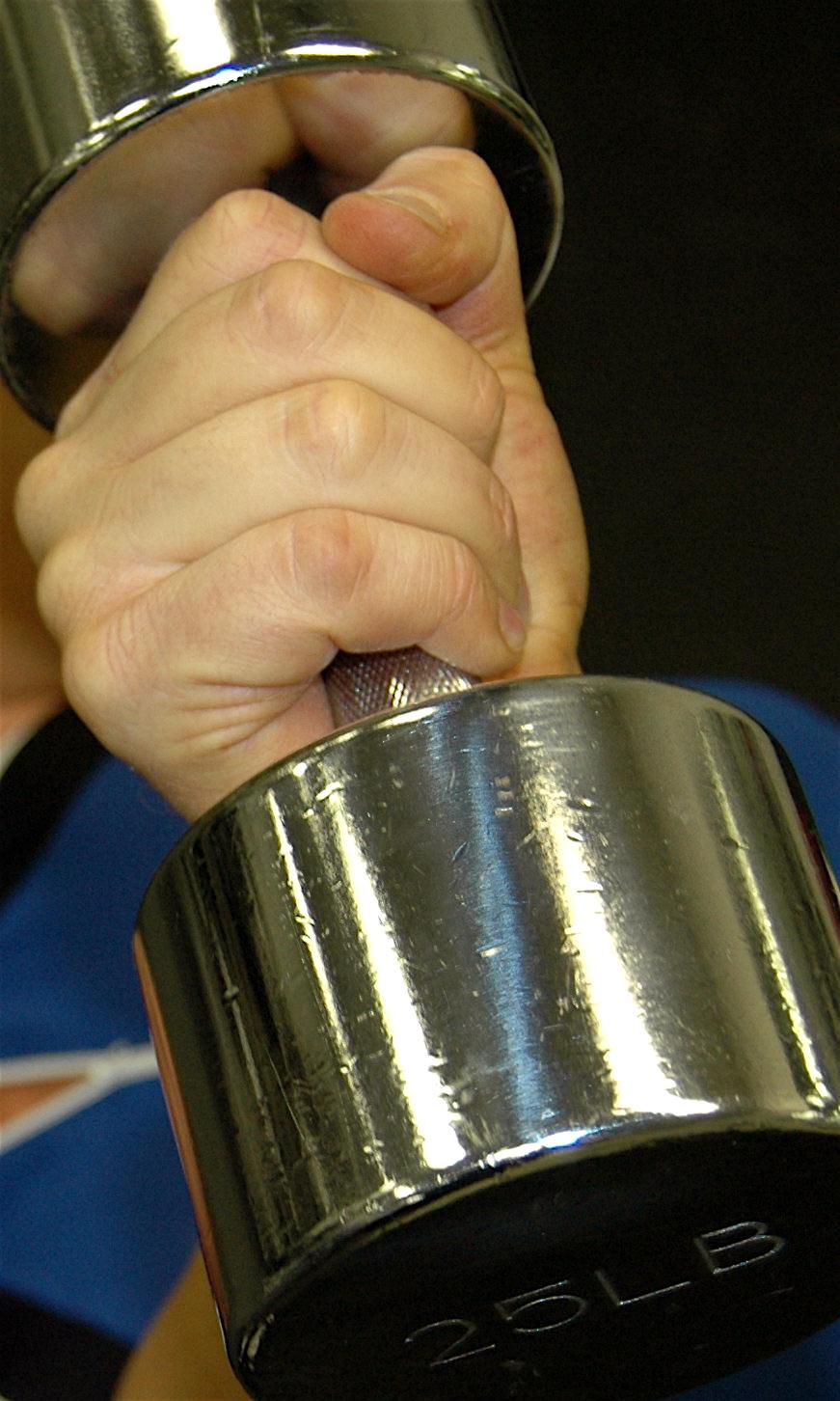 Introducing variety doesn’t have to mean having to do an about face in programming, however. Variety can come in many forms and sometimes subtle changes are more effective and easier to incorporate than drastic ones. For example, if machine weights have lost some of their luster, perhaps it’s time to try free weights, and vice versa.

In terms of application, there are three primary ways to vary strength exercise routines:

Perhaps the most obvious way to change a routine is to change the actual exercise movements. When doing so, consider using exchangeable exercises that work the same body part from time to time. Exercises that employ the muscles from different angles stress different neural pathways and can revitalize muscle tissues. Changing leverage can not only be a refreshing change for target muscles, it can also help to keep them in an adaptive state. And although muscle isolation is not possible in a strict sense, it is advisable not to focus too long on exercises that could be considered “isolated” in a general sense.

For someone interested in functional fitness, the variation of weights and reps trigger different motor units, just as would be the case in a specific sport activity, and is therefore something to keep in mind for such a client. For example, if a desired sport specific muscle conditioning program calls for the performance of sets in the 4-6 rep range, consider adding some lighter sets in higher rep ranges once in a while for variety and to strengthen bones and joints. If the sport-based position in question calls for a focus in reps in the 20-25 rep, add some 4-6 rep sets from time to time to change the effects on muscle tissue and to keep things interesting for the client.

Be certain that the client has spent considerable time building a muscular endurance or strength/stamina base before moving on to muscular strength or the seldom recommended “power” work rep ranges. It is not advisable to concentrate on 1-3 rep sets for more than one week. This is because of the risk of affecting too much tissue damage, making recovery more difficult, particularly in the case of an athlete who may be young and inexperienced.

In general, a fast rate of muscular contraction results in the development of power while a slower contractile speed results in increases in size and strength. Depending on the client’s goal(s) and state of training, varying these rates can be beneficial. For clients interested in enhancing performance in a specific sport, it is important to understand the requirements of that sport.

For example, does it require heavy intense training, or does it involve movements best trained for by the use of light-weight, low-intensity resistance? Keep in mind that strength and power training are part of a larger picture when working toward optimal sport and functional fitness performance enhancement. By offering clients new challenges and novel ways of looking at workouts, it’s possible to keeps things fresh, interesting and motivating.

1. The National Federation of Professional Trainers. The Fundamentals for the Certified Personal Trainer, CPT. 6th Ed. Lafayette, IN: NFPT, 2014.