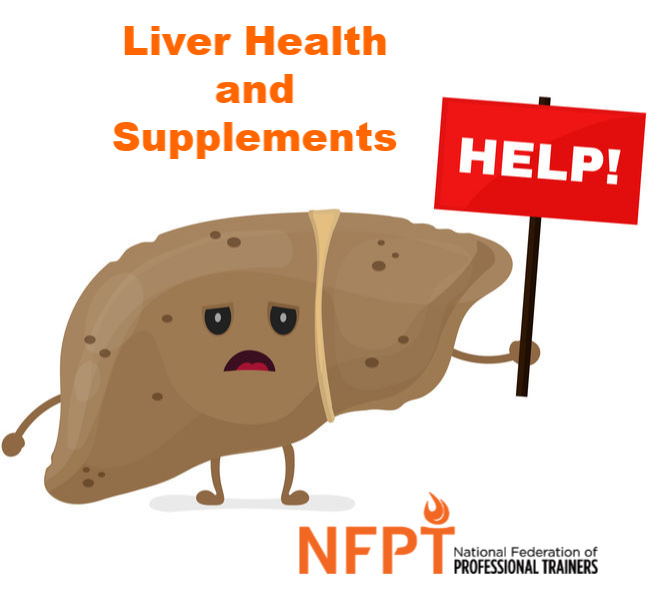 For many years, research has suggested that many commonly used bodybuilding supplements pose a significant threat to the liver, including non-steroid products sold online or over the counter in sports-related and health food stores. What should we advise our clients to reduce or avoid altogether with regards to supplementation and liver health? 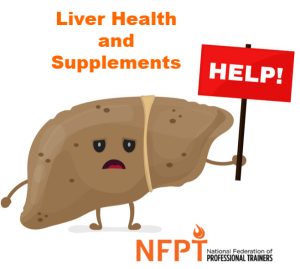 Limits of the Liver

American Association for the Study of Liver Disease and the National Institutes of Health have announced that the use of herbal and dietary supplements now accounts for 20% of cases of hepatotoxicity in the United States, up from 7% a decade ago. Bodybuilding and weight-loss supplements continue to confer the greatest risk, according to a report published in the journal Hepatology by Victor Navarro, M.D. and colleagues, liver experts at Einstein Medical Center in Philadelphia.

The major culprits include anabolic steroids, green tea extract, and multi-ingredient nutritional supplements. Such products, possibly in your fitness and weight loss clients’ cabinet right, now represented 50% of all reported liver damage cases linked to supplement usage. A major contributor to this problem stems from the inclusion of multiple ingredients, making it difficult to identify the offending compounds. Often these supplements have even been found to contain prescription drugs not listed on the label, says Marvin M. Lipman, M.D., Consumer Reports’ Chief Medical Adviser.

“As surprising as it may seem, manufacturers are not required to prove to the Food and Drug Administration that their products are safe, or that they’re effective for their advertised use, before they are sold,” says Chuck Bell, programs director for Consumers Union, the branch of Consumer Reports whose job revolves around petitioning the FDA to exert authority/pressure on removal of harmful dietary supplements from store shelves. “The rising number of liver injury cases is yet more evidence that the loose regulation of supplements is putting consumers at risk,” Bell says.

Weight Loss at the Expense of Liver Damage?

While anabolic steroids marketed as bodybuilding supplements typically induce a self-limiting liver injury, green tea extract and many other thermogenic-centric weight loss products can easily cause acute hepatic injury as well. According to statistics from the Drug Induced Liver Injury Network, a program funded by the NIH, approximately 700 cases of liver damage were reported during the period of a single study; among those reported cases, 130 were linked to the use of dietary supplements.

Since 2008, the FDA has lashed out at companies whose supplements are found to contain prescription drugs and controlled substances, said Daniel Fabricant, Director of Dietary Supplement programs in the agency’s Center for Food Safety and Applied Nutrition. Recently this agency facilitated the removal of a so-called “fat burning” product from shelves, OxyElite Pro; its use had been linked to one death as well as many cases of hepatitis and liver injury across the United States.

Supplements may not be the only cause for strain on the liver. When muscle pain is severe, many recreational athletes reach for their OTC pain reliever of choice and commonly disregard dosage warnings printed on the drug’s label, often taking as much as twice the recommended dosage. If a product does not require a prescription, many individuals assume an absence of potentially severe side effects. Nothing could be further from the truth.

According to Brian Strom, Director of the Center for Clinical Epidemiology and Biostatistics at the Perelman School of Medicine, University of Pennsylvania, any product on drugstore shelves containing an “active ingredient” can “interfere with normal bodily functions”. In the case of acetaminophen, such side effects can prove deadly.

Acetaminophen is the most widely used pharmaceutical analgesic in the world. While safe and effective when consumed in appropriate dosages, the American Association of Poison Control Centers counts this over-the-counter panacea as among the most common pharmaceuticals associated with unintentional poisoning. Acetaminophen poisoning continues to top the list of hepatic failure requiring liver transplantation in Great Britain.

In the United States, such poisoning has leapt ahead of viral hepatitis as the most common cause of acute hepatic failure, and is the second leading cause of liver failure requiring transplantation. Robert J. Fontana, M.D., Associate Professor of Internal Medicine at the University of Michigan Medical School and Medical Director of liver transplantation, endorses Tylenol (a common brand-name of acetaminophen) as a safe drug. However, his caveat remains: “…Like most other things in life, too much of a good thing can be bad for you.”

In July of 2011, Johnson & Johnson announced a reduction of its previously stated maximum daily dose of Extra Strength Tylenol, in an effort to lower the risk of accidental overdose from the product’s active ingredient, acetaminophen. The company’s McNeil Consumer Healthcare Division plans to introduce new labels on Extra Strength Tylenol, indicating a maximum dosage of 3,000 milligrams, downshifting from its previous daily allocation of 4,000 milligrams (the equivalent of 8 pills). Medical providers, too, might follow suit and consider promoting awareness and providing greater education to their patients prior to suggesting any common painkiller.

While proactive measures serve to ensure the safety and well-being of the consumer, effectiveness only occurs when the public learns to adhere to dosage recommendations. If we encourage clients to think of the information printed on over-the-counter labels as equal in importance to what doctors write on a prescription pad, we might steer them away from engaging in the risk of self-medicating.

Though a personal trainer’s scope of practice limits the doling out of medical advice, we can certainly enlighten clients, recommending a more natural path when they speak of suffering sore muscles a day or so after a tough workout. “Inflammation goes hand in hand with pain, so if you can block the inflammation, you can decrease the pain response,” says John DeLuca, MD, DC, of a health and wellness center in Palm Beach Gardens, Florida.

The spice turmeric possesses certain well-documented anti-inflammatory properties and can be taken in capsule form or used in a variety of recipes. Turmeric is featured prominently in Indian cuisine, especially curry. It also makes a delicious addition to soups, rice dishes, smoothies, and on vegetables.

Curcumin, the active ingredient in turmeric, fends off pain by blocking a number of different pathways that lead to inflammation. Studies indicate the pain from osteoarthritis can be mitigated just as well with turmeric as ibuprofen.

Although considered safe, those with GERD, gallbladder or blood-cloting issues or estrogen-sensitive conditions should consult a physician before taking turmeric as a supplement.

From ginger chews and hard candies to brewed ginger tea, this unique spice can add a pungent aroma to many recipes while also healing sore muscles.

Our bodies, complex machines at their very core, strive to maintain homeostasis at all costs. Thus, proceed with caution: researching supplements and their ingredients thoroughly while also maintaining a healthy respect for over-the-counter medications can mitigate the risk of putting the body’s filtering organs like the liver in danger.