Can eating a mid-afternoon snack help control appetite? It depends on what’s in the snack, a recent study suggests.

Over the 30 years, there has been a marked increase in the amount of snacking, which has risen at the same time as obesity. In the United States, nearly a third of daily intake is comprised of snack foods that tend to be poor in nutrients but high in energy – items such desserts, salty and high fat snacks, and candy that are high in saturated fat and/or simple sugars and may lead to overeating and a caloric surplus stored as fat.

It stands to reason that the relationship between increased snacking and obesity could be attributed to the types of foods typically consumed during snack times. With that in mind, a group of researchers recently sought to determine whether replacing energy dense, high fat snacks with ‘healthier’ alternatives would have a positive effect on food intake regulation and a subsequent reduction in food cravings throughout the day.

To look at the effects of different types of foods on participants’ levels of satiety, the researchers followed the food intake of 20 young women throughout the course of a single day. The women were asked to consume three isocaloric, commonly consumed afternoon snacks (yogurt, crackers, or chocolate) that varied in macronutrient composition and physical characteristics. In general, the yogurt snack was less energy dense, high in protein, and low in fat, while the crackers and chocolate were more energy dense, low in protein, and high in fat. 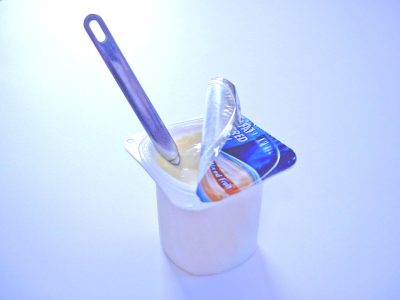 Participants were first acclimated to each snack for three consecutive days. On the fourth day, they consumed a standardized breakfast and lunch, with the snack eaten three hours after lunch. Perceived hunger and fullness were assessed throughout the afternoon until a dinner of the participant’s choice was voluntarily requested.

Some of the limitations of the study noted by the researchers were that the assessment was confined at to single day and that it focused on only including perceived sensations of hunger and satiety in normal weight, adult women. The researchers called for further research to incorporate both appetite and hormonal signals involved with energy intake regulation in overweight and/or obese people. However, the results are promising, and could lead to improvements in obesity prevention and treatment in groups beyond the one in the study, researchers said.

In their conclusions, the authors of the study wrote that “This data suggests that, when compared to high-fat snacks, eating less energy dense, high-protein snacks like yogurt improves appetite control, satiety, and reduces subsequent food intake in healthy women.” If your clients are eating snacks throughout the day, make sure they’re eating the RIGHT ones.