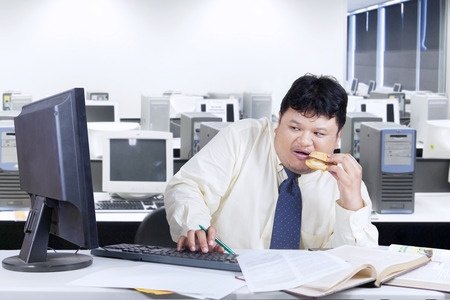 Not only does obesity come with health costs at a personal level, it also impacts the economy. According to the results of a new study, the business cost of obesity-related absences amounts to about $8.65 billion. Small wonder companies are looking into ways of encouraging their employees to become and/or stay more fit.

That study, which appears in the November issue of the Journal of Occupational and Environmental Medicine, calculates the financial loss each year by businesses in the United States due to absenteeism related to obesity.

The study used the standard definitions of obesity as determined by body mass index (BMI), a measure of body fat based on weight and height in which “normal” is considered to be 18.5-24.9 BMI, “overweight” is 25.0-29.9 BMI and “obese” is 30.0 BMI or higher. 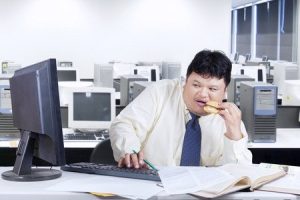 The results suggest that there are ramifications to differences in BMI when it comes to productivity. Adding to this picture is that the results of previous studies that have shown that obesity typically increases the risk of injury and tends to complicate the recovery process. In addition, the duration of workers’ compensation benefits paid out to obese workers is more than five times as long as it is for claims filed by their healthier-weight counterparts.

The study also shows how those obesity-related costs vary by state. The new study says obesity accounts for an average of 9.3% of all absenteeism costs for the entire country, while individual states vary from 6.5% to 12.6%. States on the low end include Washington D.C. (6.5%) and Colorado (7.0%), while states on the high end include Mississippi (11.2%), Louisiana (11.7%) and Arkansas (12.6%).

Taken individually, these per-employee costs may not seem large. But stepping back and considering that a significant percentage of the nation’s workforce is obese puts the situation in perspective.