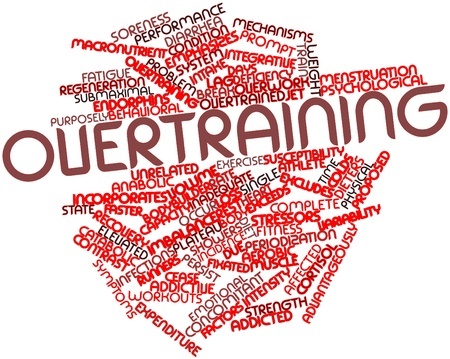 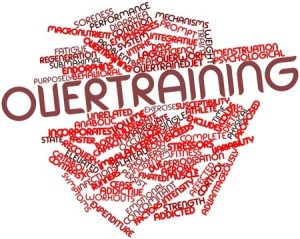 How far will some individuals go to claim a title?

As a burgeoning bodybuilder, an athlete can train hard, abide faithfully by the trainer/coach’s instructions, eat clean, and take in all the proper supplementation in an effort to increase muscle mass. And while the scope of a developing physique is largely predetermined by its genetic make-up, bodybuilders soldier on.

When something goes awry in the game plan, when the body seems to betray itself and head down a path of destruction, the questions begin to surface. Was it the pre-competition diet? Was cardio insufficient? Was additional muscle mass required? Or…was the trainer ill equipped to take a client from the gym to the competition stage?

A fellow athlete shared her story with me many years ago, actually while I was fully engaged in competitive bodybuilding. It is one that has stuck with me for years. Now, as a personal trainer, I am taking a look at this through different eyes…and mine are now wide open. The goal of this article is to illustrate just how easily we can derail a client’s progress without ever having the intention to do so. It isn’t thoughtfulness that some coaches lack; rather it is a deeper understanding of the physiology of the human body as it proceeds through arduous stage-perfect preparation.

After placing 4th in her first competition, this athlete was hooked on the sport. In an effort to build a larger and stronger physique to present on stage for her 2nd competition a brief 3 months later, she followed her trainer’s instructions to the letter, only to be rewarded with a tremendous amount of pain in the quads and calves. The discomfort was so intense that it interfered with scheduled cardio sessions on the elliptical machine. Conquering the pain and rising above it, she continued to prepare for the show; but at 11 weeks out became quite ill and suffered a 4-week setback.

Taking several weeks to rest, she now had only 3 weeks to go before hitting the stage. Complete exhaustion as well as swelling in the abdomen, calves and feet appeared with a vengeance. Muscles soreness was so severe that rolling over in bed took everything out of her. The pre-competition program set forth by the coach was extreme: 90 minutes of cardio each morning and afternoon, with an additional 60 minutes every evening.

Nutritional intake had been reduced to chicken, fish, mushrooms, and spinach. Complex carbs had been drastically slashed to a mere ¼ cup of oats and ¼ cup of rice for the entire day. The abdominal swelling caused her trainer to reprimand her, accusing her of “cheating” and not adhering 100% to the meal plan.

The 3rd competition went extremely well; yet afterward, instead of celebrating with fellow athletes, the competitor could barely move off the bed upon returning to her hotel room. Despite the irrepressible fatigue, sleep was elusive. Muscle spasms interspersed with dry heaves, and even days later, she was barely able to walk up and down stairs. Soon a strange new phenomenon had presented itself –her urine had turned from the usual yellow to a frightening shade of dark brown.

How could this have happened to a young athlete who took such pride in caring for her body? The answer: exertional rhabdomyolysis. This is predominantly a disease of the musculoskeletal system, in which rapid destruction of muscle tissue leads to the leakage of myoglobin into the urine, rendering it the brown color she had observed. Myoglobin is a protein component of the muscle cells that is released into the blood when skeletal muscle is destroyed.

One of the dreaded complications of rhabdomyolysis is kidney failure. This can occur for a variety of reasons. Direct injury to the kidney, and plugging of the kidney’s filtering tubes by the muscle proteins being released, are among the major causes of kidney function impairment in the presence of rhabdomyolysis. This might have explained this competitor’s unusual bloating and swelling.

The etiology of rhabdomyolysis is complex; yet upon reading a list of the most common causes, one cannot help but think that perhaps a misguided training regimen lead the athlete to this dangerous place. The list includes:

Be Honest, Be Safe

Today, this brave former competitor continues to remain as active as her condition allows, but has prudently taken weightlifting down to a more reasonable and safe level. The best advice she could give me was this: research and KNOW your trainer/coach. Placing complete and unwavering trust in an individual with little or no experience in competitive training can prove very dangerous.

I share this story not to scare you away from personal training serious clients. Rather, I urge you to do YOUR research before agreeing to take a client to the stage. Know the individual’s health history, prior competition experience…but most of all, ask the client just how much he/she is willing to risk by placing his/her body under extreme duress for the next 13 weeks.

Ask yourself how prepared and competent you feel to address every single issue that may arise in regard to this sort of training regimen. Pride in your talents has no place here, so be certain of your answer. A client’s welfare must take top priority over the glory of coaching a 1st place winner.

Have you successfully taken a bodybuilder from gym to stage to trophies? Come tell us your story on Facebook!

If you are an NFPT trainer, join the Facebook Community Group to become involved with your peers today.