So You Want To Be A Yoga Teacher

Being a Yoga instructor seems to be becoming as mainstream as smartphones and cat memes. With weekend yoga certifications available by the hundreds, and the unfortunate number of people teaching without any credentials, what does it truly take to be a credible yoga teacher? 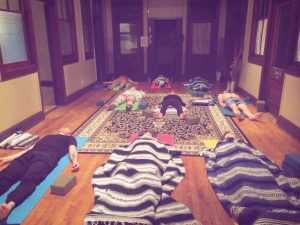 What a Yoga Instructor Is and Isn’t

Being a yoga instructor isn’t what some might believe. Speaking for myself, I have not reached “enlightenment” (not even close), I don’t meditate every day, and I can’t do a handstand press.

What I do strive for is a daily practice of compassion and acceptance of myself, others, and the world around me. Being a yoga instructor isn’t who is the most “spiritual” or who can boast execution of the most challenging asanas. A true yoga instructor

does one’s absolute best to continue the yoga practice off the mat. It is assuming the position of a conduit–a channel for the knowledge to be transferred from one student to another. Being a yoga teacher is to be humble and accept that one is always a student.

Modern Yoga is primarily characterized by physical postures (asanas) and the combination of breathwork. The Yoga we now know is nothing like the Yoga described in Pantanjali’s Yoga Sutras. Nor does it have many similarities with the Yoga described in the Bhagavad Gita–both being two of the most popularly cited texts for traditional and classical yoga.

“… (BG and YS) virtually ignore postures and breath control, each devoting a total of fewer than ten verses to these practices. They are far more concerned with the issue of human salvation, realized through the theory and practice of meditation (dhyāna)” White (2011). 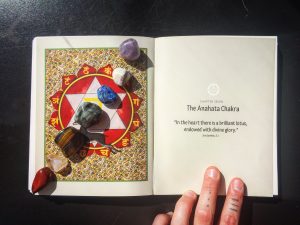 Most Westerners know a form of yoga that has only been around for 150 years. That would seem like a while if it weren’t being compared to the 5,000 years that yoga has been historically documented. Along with this, some researchers even believe Yoga to be 10,000 years old.

It was in 1893 that the West was officially introduced to Yoga at the Parliament of Religion, in Chicago. Swami Vivekanada traveled to America to give a lecture highlighting the universality of religion and how yoga encompasses this. It was a sensation and began the love affair between the West and the Eastern world’s philosophies.

The Yoga that America is most familiar with was developed in the 1920’s when Yogis like T. Krishnamacharya opened the first Hatha Yoga school in Mysore, India. Americans and Europeans were inspired by the teachings and traveled to India to learn from the masters; including the famous music group The Beatles. Though they were not the first to introduce the West to Yoga, they were a pivotal part in popularizing it.

Yoga has a long and somewhat complicated history, in part due to its’ teachings being mostly passed along orally from guru to student until the early 1800’s. It is important as a Yoga teacher to take the time to learn about Yoga’s history and background. It is vital to understand where yoga has come from to comprehend what it has evolved into.

When I was deciding to do my first 200hr training, I didn’t know a single thing about Yoga or Yoga’s history. I didn’t know about the eight limbs or the difference between Ashtanga Vinyasa and Hatha. I didn’t know any of the Sanskrit names for the poses, or much less what the Sun Salutation was.

I knew I enjoyed the physical practice and that I wanted to learn more. I wasn’t even sure if I would become a teacher. This is the main reason I decided to do my training in India, because I thought it would be the best start to learning the truest form of Yoga. The school I chose was firmly rooted in traditional practices and had a strong focus on the Meditative elements of Yoga. I was also 22 years old, just finishing college and had always wanted to see India. I had the privilege of being financially able to afford it, and the ability to take 6 weeks out of my life to travel there.

I understand traveling to India for Yoga teacher training is not possible for everyone that wants to become a teacher. Nor is it necessary to become a great teacher. However, I urge you to do extensive research for which school or program you will choose.

Find out if there will be any teaching on Yoga’s history and background, if the curriculum will cover the eight limbs, if they discuss meditation and mantra, and if there is any education on the sutras. I see many YTT programs that only cover the Asana’s, teaching sequences, and anatomy.

While these are vital elements of a YTT education, not learning the philosophy-based subjects would rob a future teacher of a richer connection and understanding to his/her own practice and ability to teach.

The Science of Yoga

Being a Certified Personal Trainer and having a degree in Exercise Science has given me a leg up in becoming a well-qualified Yoga teacher. Going into my training I already had a comprehensive education of the human anatomy, of the relationships between muscle groups and the skeletal system, and of the nervous system.

Teaching Yoga, like Personal training, is a big responsibility. One is taking on the role of guide and teacher; the students trust that you know what you are doing and won’t compromise their physical or mental health. To be able to do this, to keep your students safe and still be effective at teaching, you must have an above-average education of anatomy and physiology. 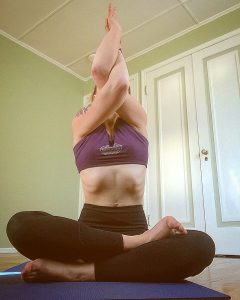 How do the poses affect the body and the mind, how can poses be modified for someone with a specific injury or physical deficit? These are questions a teacher must ask themselves when formulating each class. Fortunately, this isn’t much different than what a Personal Trainer does for each session with a client. Trainers should maintain a well-versed education of the human body, remain up to date on the latest information, and research methods and concepts before applying them to a client. This is no different when becoming a Yoga teacher.

However, there is less accountability within the Western Yoga world. One would be hard-pressed to find a gym that would employ a trainer who isn’t certified by a nationally accredited agency. However, it is unfortunately common to find yoga studios with non-credentialed teachers. As an aspiring Yoga teacher, it is your responsibility to be sure that you are going through a reputable YTT program and that you continue to maintain and improve your education. Unlike a Personal Training Certification, many Yoga Teacher Certifications do not require any sort of CECs to maintain it. Once one acquires a YTC, that can be it. There is no credentialing agency that is making sure all Yoga teachers are maintaining their certification.

Lastly, as a Yoga teacher, one must be ready to provide a space for their students to heal and learn, or gain whatever it is they need from the practice. Perhaps that seems an obvious prerequisite, yet it is important to acknowledge it as a significant part of teaching Yoga. Teaching is for the student.

Yoga has a metaphysical element to it and is considered one of the six orthodox schools of Hindu philosophical traditions. It is more than just a fitness routine. Many people have turned to a Yoga practice to supplement their mental health regimen, or to help deal with the anxiety or the stressors of daily life. Many students practice yoga as their form of spirituality and communion with God or the Universe. With this in mind, it is paramount that a Yoga teacher is willing to offer a space for these elements, regardless of what the teacher believes in or why they practice yoga.

If a yoga teacher doesn’t believe in the spiritual or metaphysical aspect of yoga that is perfectly fine. I do not wish to promote that one must believe in the philosophies and practices themselves to become a teacher. However, they must be willing to offer a space for their students to do so if need be. Being a yoga teacher is ultimately creating a channel between the knowledge and the student, creating an outlet for the students to plug into.

Of course, there are also many yoga students who are practicing the physical Asanas and simply desire the fitness aspect only. This is also valid and an important service to be provided by the teacher. It may also be where some teachers feel more comfortable when they are just starting out, or even for their entire yoga teaching career. This is perfectly acceptable! I would not want any aspiring teachers to be discouraged to pursue a YTC because they don’t want to teach meditation or mantra. I do want to emphasize the importance of creating a space for the students who do.

My Personal Take On Being A Yoga Teacher

Teaching yoga is one of the greatest joys in my life. As they say, it fills my cup and then some. Seeing the smiles on student’s faces at the end of a class, experiencing the enigmatic connection during group meditation, and the deep sense of healing I’ve gained from my own practice is what keeps me inspired to continue being a Yoga teacher.

I am hardly perfect or totally Zen, and my own yoga practice is not nearly as consistent as one might think. I have much to learn, and I wouldn’t begin to describe myself as an “expert”. This is only one opinion of one woman who has a big passion for this practice. I have spent a significant amount of time learning about and practicing on this subject, yet I do not want anyone to decide that my opinion of what it takes to be a yoga teacher is the end-all and be-all.

If I can leave you with any one nugget that is universally useful, it’s that you must always keep questioning, especially if something feels off to you. Trust your intuition when it nudges you. Question your teachers, question yourself, and question your peers. Yoga is an evolving practice, and we are learning more about it every day. Be a part of this by contributing your ongoing desire to learn and share. Don’t be afraid to speak up even if it has “always been done this way”. Not asking those questions is how we get stuck in our ways and do not grow. Be open to others questioning you; don’t take offense but be excited for the possibility to learn something. Yoga is an incredible piece of my life, and I hope all aspiring teachers find this joy as well.

About the Author: Alexandria Clearwater