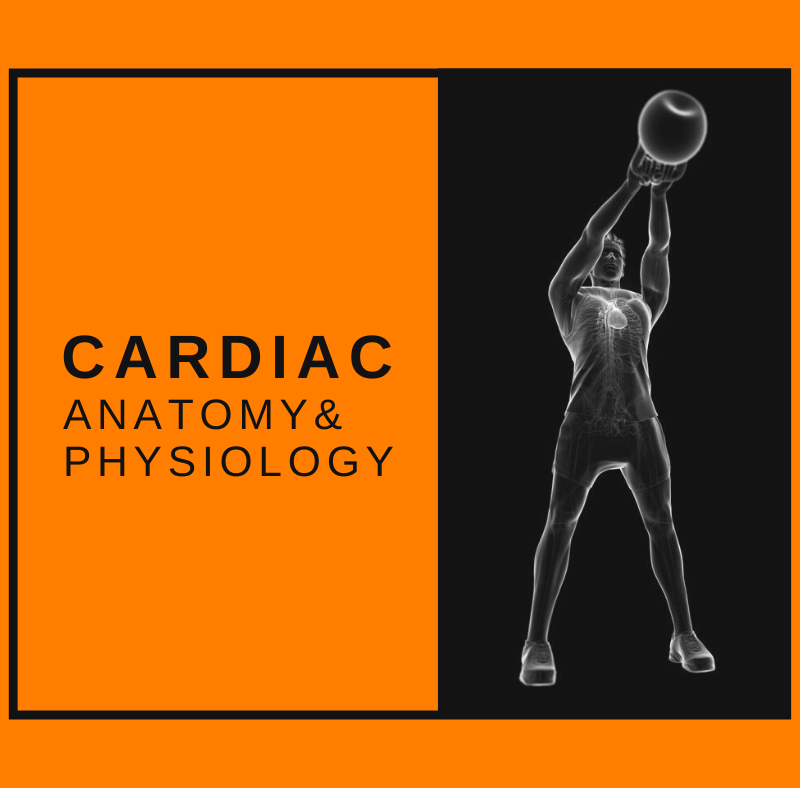 The Human Heart: we all have one, but how fully do we understand their function? How necessary is this understanding to developing an effective training regimen? I believe very, and if you believe athletic development is a scientific discipline, you probably do too. A solid grasp of cardiophysiology can provide fitness professionals the knowledge to critique fad training regimens, program tailored exercise routines, and properly gauge our clients’ work intensity. This is what we’re really paid for- our time developing efficient and effective routines to improve the lives of those who take on this journey with us.

The heart has three layers of tissue: the epicardium, pericardium, and myocardium. As personal trainers, we’re most concerned with the myocardium as this is the muscular layer of the heart that is responsive to training.

From here, the myocardium controls four different chambers, which can be broken down into two smaller categories of atriums and ventricles. If we were to imagine the heart as a square divided into 4 sections, the top two chambers would be the atriums and the bottom two chambers would be the ventricles. A trick to remember this is imagining the alphabet starting at the top: A (for atrium) is above V (for ventricle). 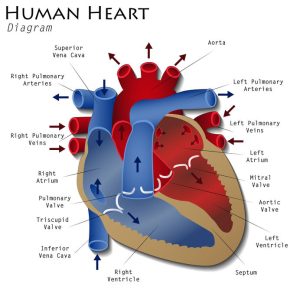 Within this vasculature system, things like fluid volume and vascular resistance (the resistance that must be overcome to create blood flow) matter. For example, when the left ventricle begins to fail, this results in a backlog of fluid causing congestive heart failure. When the resistance in vasculature is too high, pulmonary hypertension may result, causing symptoms like dizziness, chest pressure, etc.

We know that exercise could greatly benefit the heart and vasculature for those who are healthy and prevent pathologies like these from developing, but there is also some research that shows moderate exercise could reduce the effects of pulmonary hypertension.  If you decide to take on a client with a known pulmonary hypertension disorder, ensure that you adhere to the clearance guidelines laid out by the client’s physician.

In the lungs, the blood is reoxygenated in the alveoli and pushed back into the heart by the flow of fresh deoxygenated blood that is coming in for the exchange process.  The push occurs in the pulmonary vein where the blood enters the left atria. This blood is then pumped into the left ventricle with a little bit of downtime for some passive filling to occur, referred to as the atrial kick. It accounts for upwards of 30% of your total cardiac output. This blood is then ejected into the aorta, which has an immediate return to the coronary arteries so that it may obtain the freshest, richest oxygenated blood, then the rest is routed to the body.

The Importance of the Atrial Kick

An important note regarding the atrial kick: it is reduced when the heart begins pumping too fast. So on top of the oxygen that is being depleted in the muscles, they are also not being replenished with as much blood. This lower blood flow also diminishes the removal of other anaerobic respiration byproducts, such as lactic acid.

Clients who may be required to perform under conditions required extended demands could benefit from extended cardio leading to anaerobic exercise.

Finally, we’ll touch on the electrical system of the heart that makes all this possible. Cells, including cardiac cells, internalize their negativity and push positively charged protons outside themselves to create a gradient (the electrical potential that acts on an ion to drive the movement of the ion in one or another direction).

Cardiac cells are unique in expressing what is referred to as automaticity. This allows a single cardiac cell to depolarize and trigger the depolarization of the cells around it. This occurs uniformly in the healthy heart starting at the top of the right atria in what is referred to as the sinoatrial (SA) node. The important piece to remember is that this process uses positively charged ions like sodium, potassium, and calcium (also known as electrolytes!) to regulate itself and cause contraction and relaxation (referred to as systole and diastole). Hence, the importance of replenishing electrolytes throughout and after long, strenuous workouts is underscored.

The important things to take away from this overview:

In the references and resources, I’ve included some videos that provide a much more comprehensive explanation of the cardiac cycles down to the cellular level.  Please consider reviewing them to further your understanding of the cellular activities of the heart!