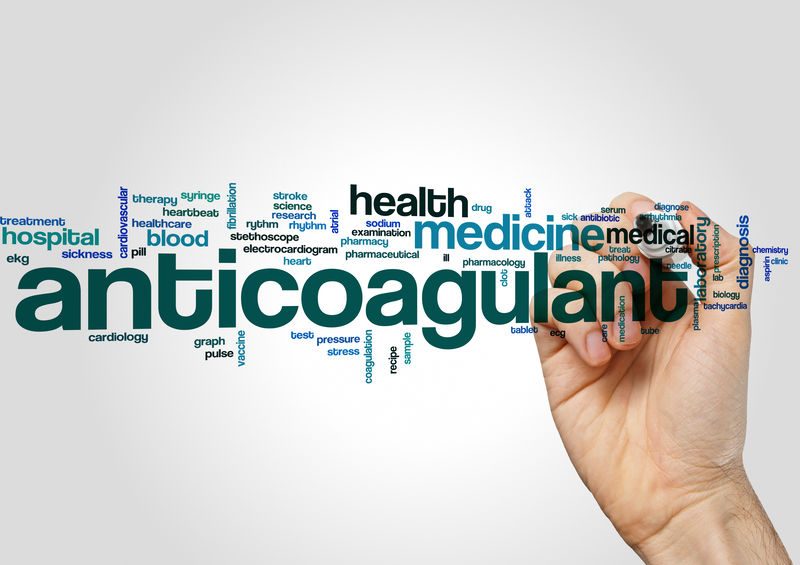 As Personal Trainers, we are well versed in the subtleties of tweaking clients’ workouts to accommodate a variety of chronic health issues. I work with many such individuals on a regular basis: clients who are hearing-impaired, visually challenged, suffer from Multiple Sclerosis, and a former golfer/ avid motorcyclist who has had to re-learn everything physical after a biking accident left him with Central Cord Syndrome. I cherish the opportunity to learn about these challenges, and to observe the positive changes that accompany hard work and dedication on the part of the clients.

While these are fairly pronounced health situations, some are not as readily observable; as such, it is incumbent upon us to ascertain any potential pitfalls during an initial client assessment. One situation, which usually remains masked and silent until it presents itself quite dangerously, is the mysterious case of blood clots and pulmonary embolisms. Unless a client reveals that he is on blood thinners, it often does not occur to us to ask, and what a judgmental error that may turn out to be.

Anticoagulants are a class of pharmaceutical drugs that help prevent blood clots. They are sometimes prescribed for individuals believed to be at a higher risk of developing clots, or to reduce their chances of suffering strokes and/or heart attacks.

A clot is little more than a seal created by the blood to ease the bleeding that results from wounds. While we count on them to stem the tide when we incur a cut or a more serious injury, blood clots can also block blood vessels and impede or stop the flow of blood to vital organs such as the brain, heart or lungs if they should develop in the wrong place. Often referred to as blood thinners, anticoagulant medications work by interrupting the process of blood clot formation.

Patients for whom such drugs are prescribed generally take them on a daily basis. They can certainly be life affirming and lifesaving; however, this course of treatment does place the user at an increased risk of heavily bleeding from what others may consider to be an incident requiring minor first aid. Given the injury potential of many sports, it is of critical importance that we are not only aware of a client’s health history, but also able to plan careful yet effective workout programs for such an individual.

Falls or injuries that occur during vigorous exercise can cause serious internal bleeding for a client who regularly takes a blood thinner. Blows to the head or body can potentially proceed in a dangerous direction. Symptoms of internal bleeding include dizziness, weakness, unusual bruising, bleeding from the nose and gums, or black stool, according to the Agency for Healthcare Research and Quality. Understanding the potential health risks that could accompany such symptoms, Personal Trainers may wish to exercise caution and steer such clients away from contact sports such as wrestling, boxing, football and hockey. Resistance-training under a watchful eye is considered safe, as are swimming, walking and jogging.

Another important consideration is determining the reason a client has been prescribed an anticoagulant medication. This can run the gamut from preventing strokes/heart attacks/blood clots to having had a history of deep vein thrombosis (blood clots that form in the large veins of the limbs), pulmonary embolus (a clot that travels to/develops within the lungs), atrial fibrillation (irregular heartbeat) or after having received an artificial heart valve.   In such cases, a cardiologist may have recommended that his client remain active enough to cultivate or maintain a healthy cardiovascular system. Options for effective exercise do indeed exist, such as swapping rides on a rough-terrain mountain bike for a stationary cycle or a Spin class. If the client has been given medical clearance to cycle outdoors, a helmet is a must, whether or not he resides in a state requiring the use of protective headgear.

While we may typically see such situations with our elderly and non-athletic population, these same risks have also been observed in younger, healthy and athletic individuals. The lifestyle of an athlete might seem to paint “the picture of health”; yet several mechanisms do exist that could potentially place an athlete at “higher risk” for development of a clot:

Unfortunately, there are few studies currently underway that are investigating the influence of physical training on blood clot formation and dissolution. It is taken as fact, for example, that blood levels of the clotting protein “factor VIII” increase with exercise and persist during recovery. Theoretically, while this could lead to an increased risk of blood clots in athletes, data also indicate that the fibrinolytic system dissolving any potential blood clots is also overactive in avid exercisers.  With such over-activity, the athlete may be protected from developing clots. The net effect of these changes remains in dispute, pending further research and study.

During a typical hour-long session with a client, the trainer may observe signs that the exercises being performed are hitting the mark. Sometimes, though, a client will begin to complain about some aspects of discomfort (being tired, muscles feeling sore, etc.) While this is fairly common, especially for a dedicated, hard-working client, it is worth noting that the following can also be warning signs of a deep-vein thrombosis or pulmonary embolism:

We must remain vigilant to these cues, especially in clients whom we know are currently on a regimen of daily anticoagulant medication. Armed with knowledge, we can feel reassured in assisting such individuals and helping them lead a healthy, confident life.