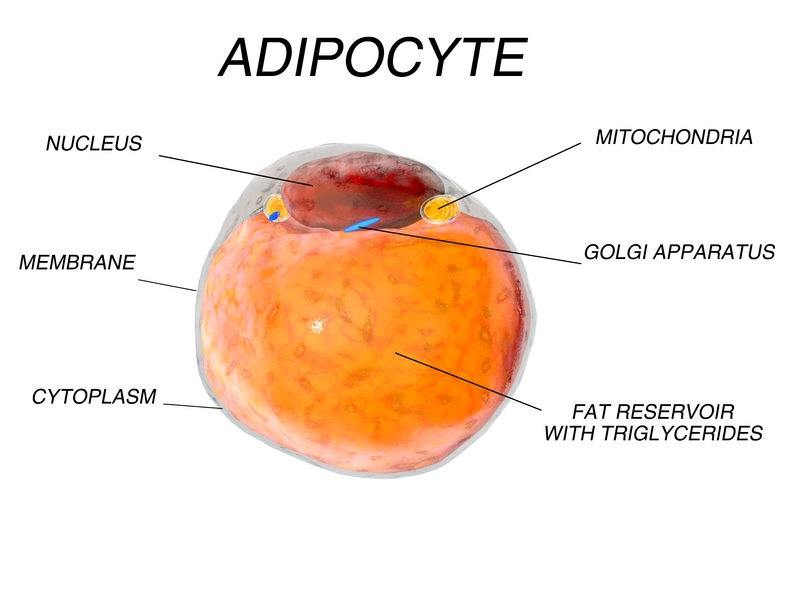 As surprising at it may be, in the fitness industry the term “fit” is itself an enigma, and an overused one at that.

When clients come to me wishing to embark on a lifestyle change, they usually begin the conversation by stating matter-of-factly, “I want to become more fit”. What exactly does that mean? For some, the goal is to reduce overall body dimensions; for others, it means building lean muscle mass. The overwhelming majority of new clients, however, use that word to mean a reduction in body fat.

The myth that exercise can turn fat into muscle has been propagated for far too long. Scientifically speaking, there are vast difference between adipose (fat) cells and muscle fibers; and no amount of strength training or hours on the treadmill will convert one to the other. If one wishes to reduce his percentage of body fat, a deeper understanding of the etiology of the fat cell itself is a good place to begin.

The majority of our fat cells are formed in utero during the fetal stages of development. In general, women possess more fat cells than men. An infant usually has about 5-6 billion fat cells. This number increases during early childhood and puberty, resulting in a healthy adult body possessing 25 to 30 billion fat cells.

In some individuals, there may be a genetic predisposition to having more fat cells. In the 1960’s, Dr. Jules Hirsch pioneered research that led to the development of the adipose cell hypothesis, which states that the number of fat cells in a human body is fixed, and that these cells can enlarge or shrink, depending on one’s diet. Hirsch believed that the individual fat cells of obese people are larger than those present in people of normal weight, and moreover, very obese individuals have more fat cells. However, more recent research has shed some light on the fact that, in cases of extreme weight gain, it is actually possible for the body to create a greater number of fat cells than were present at birth.

The average weight of an adult fat cell is about 0.6 micrograms, but they can vary in size from 0.2 micrograms to 0.9 micrograms. In addition to possibly containing an excessive number of fat cells, an overweight person’s fat cells can be up to three times larger than an individual with a more ideal body composition. This leads us to consider the dynamics of a relatively healthy man trying to lose 10 pounds versus a severely overweight man attempting to shed 50-60 pounds.

In order to shed unwanted pounds – and successfully keep them off – obese individuals will have to work harder than others to maintain a healthy weight. When weight is lost as a result of prudent dieting and a concerted effort at incorporating exercise into one’s lifestyle, the number of fat cells does not diminish; rather, the cells themselves “shrink”, or empty out, as the body calls upon them as an energy source. Knowing that the abundant number of cells remains, diet and exercise must become a long-term habit; otherwise these cells will simply fill up again when the balance of “calories in/calories out” gets off-kilter. While the biological processes are the same for the man attempting to reduce his weight by 10 pounds, his fat cells are smaller to begin with, and will tend not to fill back up quite as easily if he cheats on his meal plan or misses one workout.

Dr. Gary Hausman, a scientist at the USDA’s Richard B. Russell Laboratory, has done research on fat cell development in fetal pigs, and was the first to show that the pituitary gland, which regulates overall growth, development and metabolism, also secretes several hormones that stimulate fat-cell growth and development. His research led to the conclusion that obesity may be associated with higher-than-normal levels of thyroid hormone combined with suppressed levels of growth hormone.

In other experiments, Hausman showed that glucose metabolism might also be a factor in early fat-cell formation. Fetal pigs that later grew obese had a higher level of glucose metabolism than those that evolved into having a more normal weight distribution. It was also observed that piglets born to overweight mothers had larger fat cells and absorbed more lipids from the blood stream.

If genetics truly is to blame for obesity in some individuals, can this dynamic be overcome? Of course, the answer is yes. Diligence and adherence are the key factors to successfully kicking that gene pool to the curb and reclaiming a healthier life. Shrinking an overabundance of fat cells is not an easy task, but it can be accomplished with a great deal of success. Understanding what is taking place at a cellular level can be helpful in taking those extra steps to remain motivated in the quest for a leaner physique. Realizing that we may not have control over the number of fat cells with which we were born, we must harness the power to dominate those factors within our control, namely our exercise, nutrition, and most important of all, our mental attitude.

Cathleen Kronemer is an AFAA-Certified Group Exercise Instructor, NSCA-Certified Personal Trainer, competitive bodybuilder and freelance writer. She is employed at the Jewish Community Center in St. Louis, MO. Cathleen has been involved in the fitness industry for 22 years. Look for her on www.WorldPhysique.com.

She welcomes your feedback and your comments!