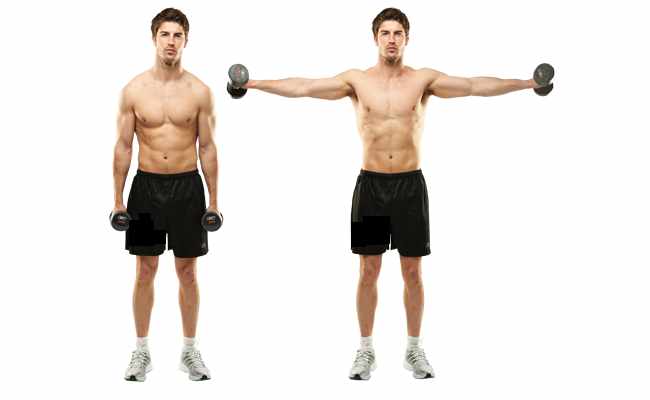 Resistance exercise isn’t just good for building and keeping lean mass. A new study shows that it also could be beneficial in keeping down increases in age-related abdominal fat in men.

Previous findings on any relationship between resistance training and waist circumference change have been mixed. Several studies in the area focused on a specific group with a condition such as being overweight or having been diagnosed with type 2 diabetes, and were of short duration. So it was that a new study was devised to look at a comparatively large sample of data from healthy men whose BMI (body mass index) numbers varied considerably and to analyze those numbers over a period of more than a decade. 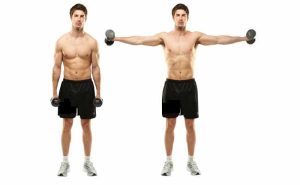 10,500 healthy U.S. men aged 40 and over participating in the Health Professionals Follow-up Study over a 12-year period starting in 1996. Their analysis included a comparison of changes in participants’ activity levels during the study period to determine which activities showed the most effect on the men’s waistlines.

What they found was that men who increased the amount of time spent in weight training by 20 minutes a day exhibited less gain in their waistline (-0.67 cm) compared with men who similarly increased the amount of time they spent on moderate-to-vigorous aerobic exercise (-0.33 cm), and yard work or stair climbing (-0.16 cm). Those in the study sample who performed aerobic exercise alone experienced less weight gain compared with weight training. But the study also showed that it was a combination of resistance and aerobic activity that resulted in the most optimal results. Not surprisingly, those who increased their sedentary behaviors, such as watching television, showed greater gains in terms of waistline circumference.

In their conclusions, the researchers called for more study in the area of frequency/volume of weight training and waist circumference.

The authors also said the information could be useful when studying healthy aging, and suggest that measurements of waist circumference should be used along with body weight rather than relying on body weight alone, since aging is associated with a loss in skeletal muscle mass, or sarcopenia.

U.S. Adults Getting Wider around the Middle

How Obese is Your State?

An Hour of Exercise a Day Could Keep Heart Failure Away 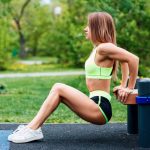 The Benefits of Exercise