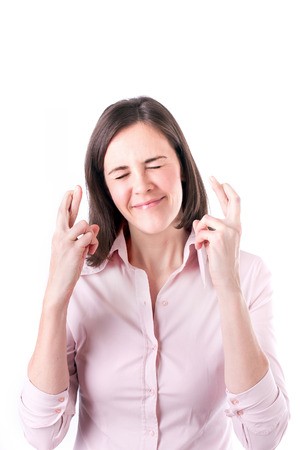 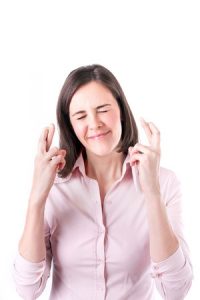 As a kid, I thought resolutions were wishes. I really did. I got particularly excited when a family member asked me what my resolution would be for the upcoming year. I felt I was being included in such a grownup thing. I decided on a resolution with a great smile and declared it aloud at midnight January 1. Then I waited.

Months later, no progress on my resolution. I didn’t know what had gone wrong.

Then the awful truth. Turned out a resolution wasn’t a wish that the universe would take care of for me. It wasn’t about magical eves and fairy dust. I had to work at it! It was about working on a goal until it was accomplished.

What made me think a resolution was a wish anyway? Well, that’s the way it was always presented. After that magical midnight minute, the word “resolution” didn’t pop up again until the next year. It was almost like the whole idea ceased to exist.

Besides, why else would anyone wait until a specific day to declare what they wanted if it weren’t a wish and they had to make it all happen for themselves? You can start work on something any day of the year. It disappointed me then, and I admit my skepticism when someone mentions a resolution to me now.

Yet it’s difficult to deny the draw of the resolution. There’s just something about a blank canvas that excites the mind. When something is new, there is still the chance for it to become anything we envision. Whether it’s a new job, a new school year, or a writer’s blank page, the preparation, excitement, and the hope for a better life make possibilities seem endless.

Quite a few industries look forward to the New Year and the resolution crowd it brings. Among them are the financial industries (people resolving to get out of debt, start saving for retirement), the self-help industries (those who want to get organized, chase their dreams), and, of course, we have the fitness industry. After all, who doesn’t want to drop a few pounds, be in better shape, eat more healthfully? The problems arise, as they did for me all those years ago, when reality hits. These new beginnings, to have successful outcomes, take work.

The gung-ho attitude that was so present during a client’s sign-up can easily give way to a sense of failure when reality and those days when exhaustion, obligations, or lack of motivation inevitably show up. After that comes disappointment, a detachment from the resolution, and then, if the client ultimately gives up, the countdown to next year for the next new start.

So, how can personal trainers and gym owners go about eliminating the all-or-nothing mindset that accompanies most resolutions?

What is your view on resolutions, and how do you get clients to view fitness as a lifestyle change? Let us know in our Facebook comments.

If you’re already an NFPT trainer, be sure to join our Facebook community to share and receive tips and advice.