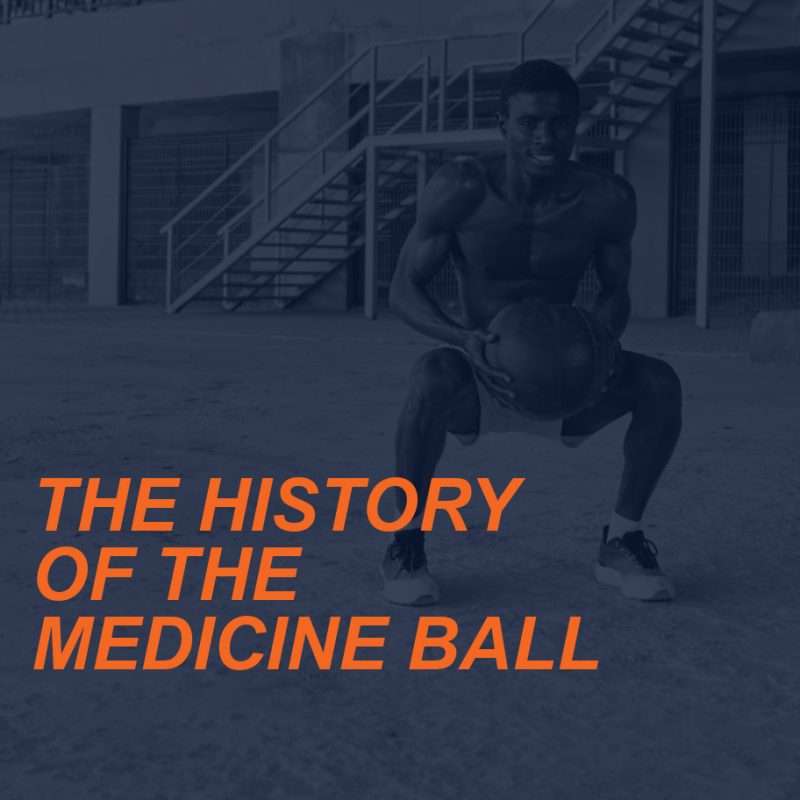 The Medicine ball is now a standard accessory in our gyms and in our workouts. We can easily find a variety of wall balls and slam balls, some filled with sand, some stitched kevlar, and some solid rubber meant to bounce like a super-ball. Some medicine ball exercises are fairly straight forward like an overhead press, and some are quite novel like HooverBall. But when and where was the medicine ball developed, and why was it called a medicine ball?

Origins of the Medicine Ball

The earliest known mention of “medicine ball” comes from an article in Scientific American No.689 in 1889. In the article, the author mentions a number of exercise apparatuses that can be found at various “gymnasiums” including flying rings, the trapeze, and the wooden dumbbell.

But then he goes on to introduce the medicine ball, a leather ball stuffed with “hair and twine” to give it weight. The author goes on to give credit for the moniker of the medicine ball to “Prof. Roberts of Springfield” (no first name, position, or mention of what state Springfield is in). Professor Roberts reportedly named the exercise apparatus because of its ability to “restore and preserve one’s health”.

In 1906 William J. Cromie, Fitness Director of the Young Men’s Christian Association (YMCA), published a book titled Exercises with the Medicine Ball. Cromie claims in his introduction that exercise should be “interesting and enjoyable” and goes on in the following pages to introduce a number of exercises, with pictures, featuring a medicine ball.

However, predating all of this there seems to have been use of many various exercise balls in Egyptian, Greek, and Roman athletics, minus the notable moniker of “medicine ball”. There is some evidence that balls were used for exercise at least as early as the 4th century A.D. A famous mosaic that features women who seem to be exercising in bikinis in an ancient villa is known as the Sala delle Dieci Ragazze. The women are depicted tossing two different-sized balls in a playful way. A consensus of research agrees that exercise was important in the Roman empire at that time, even among women.

In 1929 physician Joel T. Boone prescribed exercise to president hoover in the form of a game. This game came to be known as Hooverball. Similar to volleyball, a player will hurl a medicine ball over a net and their opponent would catch it and throw it back. President Hoover used a 6 lb medicine ball, but in its more recently-renewed popularity, Hooverball is being played with medicine balls up to 20 lbs.

Exercise modalities like CrossFit, boot camp classes, and obstacle course races are making good use of various medicine balls as well. A popular exercise involves a “wall ball” slam with a squat for a high volume of repetitions. Participants hold the ball in the rack position (in front of the chest), squat then explode up push the ball at the same time, attempting to hit a target on the wall that can be anywhere from 6-12 feet up. This can be done with a heavier ball, or something lighter depending on the participant or setting.

The various types of medicine balls being manufactured and sold offer a number of use options as well. For example, rubber medicine balls can be used to slam on the ground. They are durable enough to withstand the impact but also bounce just enough for the user to repeat with good form—a great aerobic, arm, and core workout if done right. Or some extremely heavy balls up to 200 or more lbs, filled with sand, that can be used for heavy carries or “over the shoulder” tosses.

THROW a few medicine ball movements into your or your clients’ workout this week for some variety and fun.