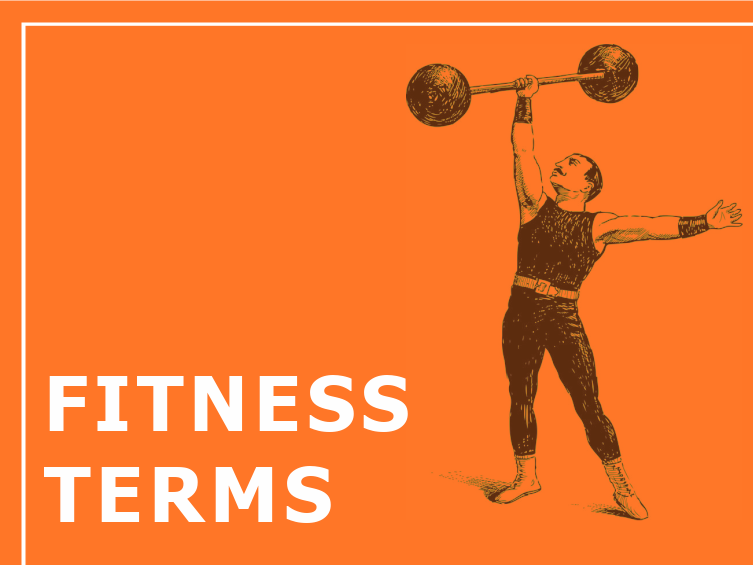 Push-ups, Sit-ups, and Box Jumps are all aptly named exercises. The name describes exactly what they are. But what about fan favorites like Burpees, Bulgarian Split Squats, Tabata Drills, or even the Dumbbell. I researched the etymology and origin of these exercises, workouts, and fitness terms. Here’s what I found:

Burpee is actually a surname, of French origins. Throughout history there have been a handful of famous Burpees: Col. Thomas F. Burpee of the Union Army, W. Atley Burpee Co. (a seed company that actually created Iceburg Lettuce), and even Burpee’s Plumbing, which may not be that famous, but I get excited every time I pass their service van on the Los Angeles Freeways.

However, we can thank Royal H. Burpee for his namesake functional workout move. When Royal Burpee was a PhD student in physiology in New York he used this four-count exercise as a means to test the physical fitness of patients. He wrote about it in his academic thesis in the late 1930s and described it as:

Over many decades the Burpee has been modified to include a push-up and a jump. It’s also become a commonly used form of high-intensity exercise despite Royal Burpee’s initial intention for it to be a warm-up and simple testing device. So, on behalf of all humankind, I’d like to tell Royal H. Burpee, thank you…I think.

Turkish, Romanian, Russian..Eastern Europe obviously knows how to create painful, yet effective exercises. The Bulgarian Split Squat is no exception to that rule. To perform this exercise you would assume the split squat or lunge position, but your back foot would be elevated on a bench or box (or suspension strap). This decreases the stability of the exercise and places more load on the front leg.

The Bulgarian Split Squat was popularized in the US when it was introduced through writings and presentations by Bulgarian Weightlifting coach Angel Spassov. Spassov was an incredibly influential strength and conditioning coach who wrote dozens of articles and books about Olympic weightlifting, soccer training, and Overspeed training, among other things. He lived the last years of his life in the Texas, having worked for many years in the sports program at UT, and winning many medals at the olympics. The Bulgarian weightlifting team, under Spassov’s tutelage, won eight medals in the 1980 Olympic Games alone, supposedly while using the Bulgarian Split Squat in their training programs.

The Tabata Drill (or Tabata Protocol) has become incredibly popular over the last ten years and has become somewhat synonymous with HIIT training. Do 20 seconds of intense movement, followed by 10 seconds of rest, eight times for a total of four minutes. It’s possible that 19 seconds of work and 11 seconds of rest works too so why the 20/10 combo?

It stems from the original research paper published by Dr. Izumi Tabata titled Effects of moderate-intensity endurance and high-intensity intermittent training on anaerobic capacity and VO(2max). Dr. Tabata, a professor at Ritsumeikan University in Japan, was researching the efficiency of training programming for the Japanese speed skating team. The team’s coach wanted to know if longer steady-state training, or short high-intensity training would be better for certain objectives.

In his research, which was published in Medicine & Science in Sports & Exercise in 1996 showed that subjects who rode a stationary bike at 100% intensity for :20 seconds, then rested for :10 seconds, 8 times in a row, had better improvement in VO2 Max and anaerobic capacity. Fast forward 24 years and its a popular go-to challenge that trainers like to format into their programs. Dr. Tabata is still doing various research on training capacity and is reportedly very humble about his namesake.

The classic dumbbell, neither dumb…or a bell. So why do we call them that? The Oxford English Dictionary suggests that its origins come from an exercise apparatus that was somewhat common throughout the 1700s. It was supposedly similar to the apparatus used to ring a church bell, but without making any actual noise, hence “dumb”.

Ben Franklin wrote about using his “dumb Bell” to maintain his health; “I exercise myself an Hour every Morning upon a dumb Bell…” It is unclear if there was actually a bell-shaped object involved with the original apparatus but the name managed to carry over through the centuries and the various designs. Now the dumbbell is a staple in every gym and every home workout kit.

Exercise Variation Is the Spice of Life

Just like any industry, hobby, art, or sub-culture, the fitness industry has a long colorful history and it’s own language. Jazz has its standards, so do our workouts. Variety really is an important aspect of fitness and having exercise and equipment options that work for everybody and in different situations is a great motivator and drives success.