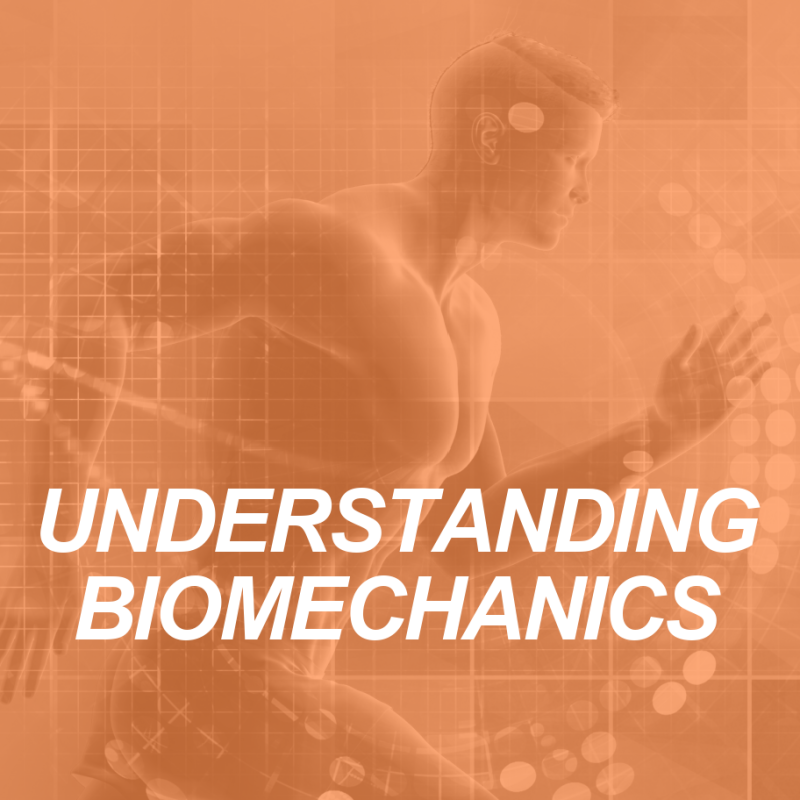 Fitness professionals who continue to develop a growing knowledge of the exercise sciences are able to communicate effectively with established health professionals and sciences on “common ground” and also apply such knowledge in expert programming for fitness clients. While the following is quite technical, it provides an integral part of that knowledge base necessary to facilitate such communication and skill development. Read on to explore how human movement science can help you to become a better personal trainer.

The Complexity of Human Movement Science

Physical education has evolved in recent years from physical training and coaching to kinesiology, the study of movement. To the general public, this change has gone unnoticed. For those in the fitness professions, kinesiology may seem mysterious. Kinesiology includes a broad range of disciplines such as exercise physiology, sport psychology, sport sociology, motor control, and biomechanics.

Biomechanics is the science that applies the laws of mechanics to biological movement. One area of interest to biomechanists is studying the body during sport or exercise situations.

Sports biomechanists focus on two fundamental concepts: how to improve performance and how to make activities safer. Two sub-disciplines of biomechanics address these concepts:

1) kinematics: the description of motion

2) kinetics: the study of the forces that act on the body.

Biomechanists use kinematics to analyze the motion of a skilled athlete. The assumption is that the skilled athlete has learned the most efficient way to perform the movement, and that others can improve simply by copying the successful athlete. Kinetics is employed to find a more efficient way of moving, making better use of the mechanical advantage of the body.

Applying the basic tools described above, sports biomechanists are able to examine some problems of interest in sports and exercise. In order for the research performed by the biomechanists to benefit those who need it, there needs to be more communication between all exercise scientists, including biomechanists, and the fitness professionals who are in a position to apply their research. Like many of the disciplines of kinesiology, biomechanists need the input of practitioners for suggesting future research.

In kinematics, the limbs or segments of the body are assumed to rotate about the joints, with no translational, or sliding, movement. While this is not strictly correct, it offers a usable approximation of the actual joint motion. The joint serves as an axis (a line around which something can rotate), and associated with the axis is a plane, (like a sheet of paper perpendicular to the axis), in which the rotational movement takes place.

Borrowing from mathematics, the location of the body is defined in a three-dimensional coordinate system. Using this system and anatomic position, the three axes and their associated planes are defined.

The anatomic position is important in defining several concepts of location with respect to the body:

Proximal: Segment closer to the head

Distal: Segment farthest from the head

Medial: Closest to midline of the body

Lateral: Farthest from midline of the body

Anterior: Segment located at front of the body

Posterior: Segment located at rear of the body

It should be noted that the actions at the joints are always described as if the body were in the anatomic position. For example, if you abduct the shoulder, the elbow is moved into a position where the elbow, if flexed, technically would be doing so in the transverse plane (as in starting a bench press which does indeed take place in the transverse plane).

While the primary motions about the axis have been described above, a few joints have different designations for their motions about the axis. For example, the big toe moving toward the midline of the body is called abduction because it’s moving away from the midline of the foot–its main point of reference–not the entire body as is usually the point of reference.

The position of the body in three dimensions can be described using a combination of movements at all of the joints, and moving around all three axes. In addition, the speed of motion around the joints, or angular velocity, and the change in velocity, or angular acceleration can be examined, usually by recording a subject performing the motion. The velocity and acceleration can also be identified by using kinetics, as is described in the next section.

Kinematics, while useful in describing motion, tells us nothing about the forces which created that movement. To examine the forces acting on the body, kinetics involves examining external resistance, gravity, and muscle forces using the laws of mechanics discovered by Sir Isaac Newton in the 1600s.

The forces acting on the body are divided into two categories: external and internal forces. External forces arise from outside the body. Gravity is one example: a pull exerted by the earth on the body. Other examples include wind resistance and the use of outside weights to create resistance.

Internal forces are those which arise from inside the body and include muscle forces, the forces exerted by ligaments, and bone-on-bone forces. In order to create a movement, internal forces must be generated in the proper degree to overcome the external forces acting on the body. Every force has four qualities:

1) magnitude, or quantity of force

3) point of application of the force

4) a line of action indicating where the force is going.

where F is the force applied, m is the mass of the segment, and a is the acceleration.

If the force does not act directly on a joint it is called an eccentric, or off-center, force. An eccentric force, in addition to accelerating the body or limb it is acting upon, will also cause the body or limb to rotate about its axis. The rotating force is called a moment of force, sometimes referred to as torque.

The moment of force, or simply the moment, about each axis has two properties: magnitude and direction, which can be positive or negative. By convention, a moment that causes a clockwise motion is called negative, while counterclockwise moment is called positive. The magnitude of the moment is determined by the equation:

M is the magnitude of the torque, F is the force applied, and d is called the moment arm.

The moment arm is equal to the shortest distance from the axis (joint) to the force acting on the limb, determined by the line of action of the force.

The moment arm is calculated using the equation: d=rsinq where r is the distance from the axis (labeled 0) to the point of application of the force and q is the angle between the segment and the force. Only in rare cases does only one force, and therefore, only one moment act on a segment. 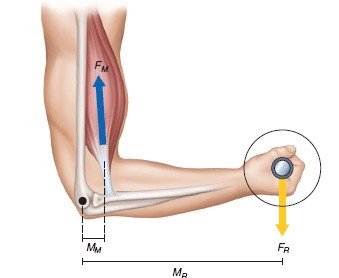 While some of the above information does not seem directly applicable to the development of a standard fitness program, the principles presented comprise the underlying basis of all movements performed in sport, exercise, and daily activities. Knowing when to use full or partial range of motion in particular exercises is one way to begin considering the role of human movement science and biomechanics in your practice. Understanding the basics of these complex concepts may help fitness professionals effectively apply research in program designs to favor progress and minimize injury as well as communicate results of such implementation appropriately.