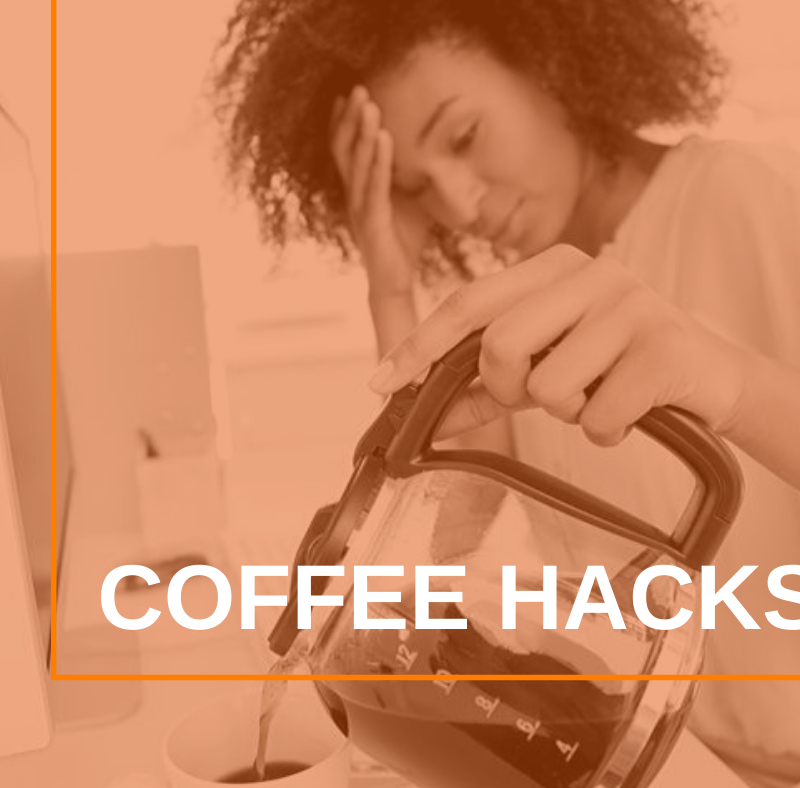 Coffee and creativity seem to go hand-in-hand, often to the nutritional benefit of the savvy consumer and coffee hack enthusiast. Wake up and take a sip of the healthiest additions to your morning brew!

Welcome to the stay-at-home community! In addition to processing the various and often conflicting news reports, cleaning the house again and again, and trying to get outside for exercise, I find myself consuming much more coffee than usual. You too? In an effort to inject a bit more “health” into the morning mug, I share with you some tips from experts on how to create delicious and beneficial brews! The addition of just a few teaspoons of simple natural ingredients can add a dose of vitamins, antioxidants, and nutritious benefits to your daily caffeine fix. Try one of these five ideas, the benefits range from boosting mood and energy to protecting your heart.

Adding a dash or two of delicious cinnamon to your coffee delivers a powerful dose of antioxidants. Used medicinally in the Far East for thousands of years, cinnamon touts 41 protective compounds. In a research study conducted on mice, cinnamon demonstrated the possibility of conferring protective benefits to both brain and heart. Another study performed on human cell tissue points to cinnamon’s ability to lower cancer risks while boosting the immune system. Don’t forget, too, that cinnamon is effective in lower blood sugar levels–a tasty boon to diabetics.

A Sip For Sustained Digestion

Ginger, often recommended as a panacea for nausea, contains powerful antioxidants as well as anti-inflammatory compounds. For many years, ginger has been used to reduce muscle cramping, lower cholesterol levels, and aid digestion.

Add up to 1 tsp. ginger directly to your coffee.

It is also fairly simple to make ginger syrup at home. In a saucepan, combine ¼ lb. peeled and thinly sliced ginger root, 1 cup sugar and 1 cup water. Bring to a boil and allow to gently boil for 30 minutes. When cooled, strain the mixture through a sieve. Add to coffee to taste. Optional: add a little sweetener of your choosing.

Add Some Fun With Fungi

Few of us have probably entertained the idea of adding fungi to our morning wake-up call! However, mushrooms possess significant antiviral, anti-inflammatory, and immune-boosting qualities, as well as powerful prebiotics.

You can purchase mushroom powders online, which will provide you with an appropriate serving size. In addition, “mushroom coffee” can be bought directly…even in convenient K-Cup pods.

Read any healthy nutrition article these days and you instantly see a multitude of discussions about the infinite benefits of turmeric. This beautifully golden-colored earthy spice comes by its popularity naturally. Many of its medicinal benefits hail from curcumin, replete with abundant antioxidant and anti-inflammatory properties. This mighty complex supports liver detoxification and has shown to alleviate some of the symptoms of “brain fog” associated with depression.

By coupling turmeric with healthy fats, you can turn your mug of coffee into a true powerhouse experience. In a blender, combine 4 oz. brewed bold coffee/espresso, 4 oz. coconut milk, 1 tsp. turmeric, 1 Tbsp. melted coconut oil, and sweetener to taste (always optional, of course). Hit “blend” and whirr until frothy.

Now I have your undivided attention, right? While there is nothing new about the delicious combination of dark strong coffee and rich chocolate, its benefits may surprise – and delight – you. The simple addition of raw cacao powder (the natural precursor of commercial chocolate which has long been considered a “superfood”) infuses your coffee with nature’s highest plant-based source of iron. Its anti-inflammatory powers have been shown to lower blood pressure as well as LDL (the “bad” cholesterol). Lest we neglect the brain boost, chocolate has mood-enhancing and depression-fighting qualities.

Make a morning mocha by stirring 1 Tbsp. of raw cacao into your cup of coffee for a boost in dietary fiber, antioxidants, and magnesium. Most grocery stores sell raw cacao “nibs”, which can either be ground into a powder prior to use, or will melt in the hot coffee.

Now you can face the day – and the news coverage – with more than just caffeine in your morning coffee mug! Be well.