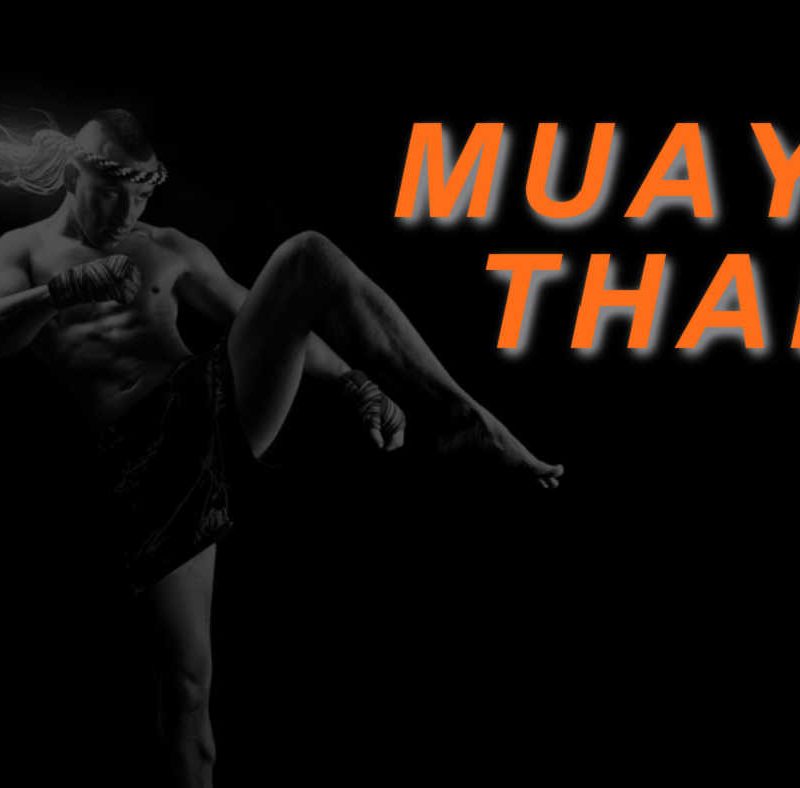 The ancient martial art of Muay Thai, practiced the world over, definitely qualifies as a most intense exercise experience. Learn what this powerful sport entails, so that you may present a clear picture to any interested clients.

Viewed as the national martial art of Thailand, its origins date back to the 18th century, practiced during conflicts between the Burmese and the Konbaung Dynasties.

Basic Muay Thai techniques have earned it the nickname of “the art of eight limbs”, owing to its inclusion of punches, kicks, elbow, and knee strikes. Rarely will an in-the-ring fight go to a decision; rather, most Muay Thai fights culminate in knock-outs.

A high level of physical exertion, real and perceived danger, and heightened risk of death qualify this sport as “extreme”. Muay Thai fights in the ring can get brutal –and bloody– with flying knees, sharp elbow strikes, hard kicks to the gut, and swinging punches. Participants can expect to incur bruises and even moderate injuries. To that end, one must never underestimate the importance of protective safety gear: shin guards, mouth guards, groin guards, and perhaps most vital, headgear.

Training for and enjoying the sport of Muay Thai can remain infinitely less dangerous than actual ring fights or even sparring. In fact, the majority of modern Muay Thai participants remain non-competitive and relatively safe, choosing to engage in the sport purely as a means of ramping up their fitness capabilities.

As with many physical endeavors, a complete Muay Thai conditioning program includes cardio training as well as strengthening exercises. Push-ups, sit-ups, lunges, and squats feature prominently in such workouts. Cultivating an optimal cardiovascular system contributes not only to a stronger heart/lung relationship but also to increased resilience during a fight. Running/jogging 3-5 miles a day, 3x/week, helps to build necessary endurance. Burpees, too, constitute a complete total-body workout, as well as building strength in the legs and the core.

Currently, experts know very little about the injuries and risk factors among Muay Thai fighters. One research study aimed to gain a better understanding of whether injuries sustained might possibly show a correlation to factors such as fight experience, use of protective equipment, and prior injury history.

Participants, both professional and amateur, ranged in age from 18 to 47 years old, mostly Caucasian males. Each subject boasted an experience history of 15-16 fights, and 55.4% reported sustaining an injury during their most recent fight. Extremities suffered the majority of the injuries (58%), while head injuries/concussions tended to occur at a rate of only 5.4%. About a quarter of the respondents claimed to have missed any training sessions as a result of their injuries. Interestingly, the researchers found that lighter-weight, younger, and more experienced fighters had a greater tendency toward injury, within the sample studied.

Contrary to the best available epidemiological evidence, Muay Thai fighters seem to have a somewhat skewed perception when it comes to the risk of incurring personal injury. These extreme athletes tend to view the hazards imminent in their own sport as significantly lower than that in other combat/contact sports such as boxing and mixed martial arts.

Should coaches and trainers have concerns about this apparent mismatch between injury risk perception and actual risk among Muay Thai fighters? Perhaps a good amount of unrealistic optimism, combined with experience as a Muay Thai athlete, contributes to such a stance. Nonetheless, behavior driven by perceived rather than actual risk quite often leads to an increased frequency of injury, regardless of the chosen sport.

Emotions of an Extreme Fighter

Many sports psychologists have observed that a few key personality traits figure prominently within certain niche fitness arenas, most notably high-risk contact/combat sports. Researchers examining these three key personality characteristics — extroversion, openness, and agreeableness – find them appearing much more often in extreme athletes, including Muay Thai afficionados, when compared to those who engage in traditional or less extreme sports.

Scientists go so far as to suggest that this thrill-seeking desire for an “adrenaline rush” follows as a close second only to a drive for experiences that most individuals consider out-of-the-ordinary. Such data points to the belief that individuals participating in extreme sports possess a very high level of skill and training rather than a death wish, as many tend to assume. They seek to engage in activities offering a life-enhancing/life-changing experience.

Perhaps such athletes share yet another commonality: searching to escape what they view as restrictions placed upon them by societal norms. This brings to mind a commonly-shared trait among creative individuals, particularly those who favor body art.

The majority of negative speculation surrounding the sport of Muay Thai seems to emanate from sensationalism-related media coverage and/or YouTube videos. Attention-seeking news stories, too, seizing the opportunity to capitalize upon the public’s fear, further propagate and exacerbate the impression of the risks and dangers involved. Thus, this ancient martial art, so revered in Thailand and other eastern countries, tends to turn off the more conservative or faint-hearted among our population.

If a client approaches a personal trainer about embarking on a Muay Thai training path, perhaps the safest and best first step we can offer as professionals might touch upon the realities of the sport, specifically time and dedication required, importance of protective gear, and injury rates. Trainers might also choose to initiate a conversation prompting the client to analyze his personal risk-taking willingness.

When we remain honest and transparent regarding the potential pitfalls of extreme contact/combat sports, clients can feel good about making an informed decision.