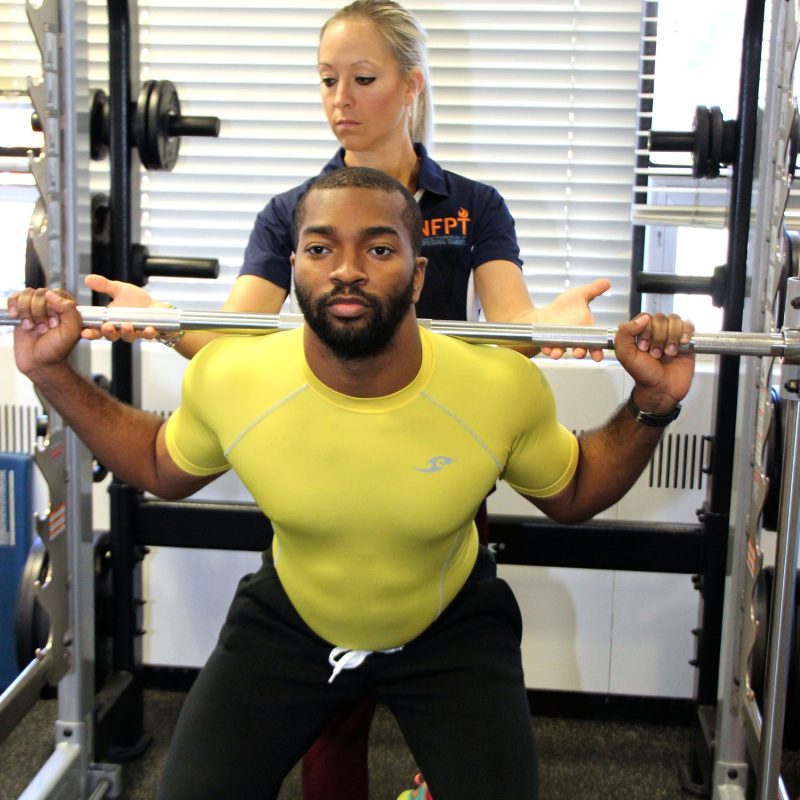 One of the most fundamental movements of human beings is the squat. It’s a prominent position in baseball for the catcher. In foreign countries, it can be the resting position, or used as the proper position for a bowel movement.

Athletes will have the squat as one of their core exercises. But controversy remains in the industry on the proper method for the squat. Likewise allopathic physicians will advise not doing the squat based on the forces placed on the knee.

Why is one told not to do the squat? You see bodybuilders in the gym, with knees wrapped to the point where whatever circulation was at the knee it is now cut off. The weights are stacked on the barbell, probably more weight than the proper motion would permit. The grunt sounds and a 30 or 45-degree decline occurs before the bar is jerked back up.

The individual may view the partial squat a success and falsely give the impression this is a squat. Hardly the case. More importantly, this is how injury occurs. The half squat is characterized by excess weight, not proper alignment of the back over the midpoint of the foot and vertical rather than forward lean position of the back.

Another group assumed that the force on the patellofemoral joint would be highest at the 90 degree position of the femur. You may have guessed it, both were wrong. The correct result was that the force on the knee went up with heavier weights and greater squat depth. But, is that bad?  No!

The correct squat (i.e. the full squat) is performed with barbell and weights positioned on the shoulder, which maximizes the muscles worked, torso descending slightly below parallel, with the knees out, the back angled to keep the bar balanced over the middle of the foot, and the neck in neutral position.

In closing, strengthen the legs by doing the squat properly. Recognize it as one of the toughest and rewarding exercises you can do to improve flexibility, mobility and agility. As well as being a leading exercise for core workout.