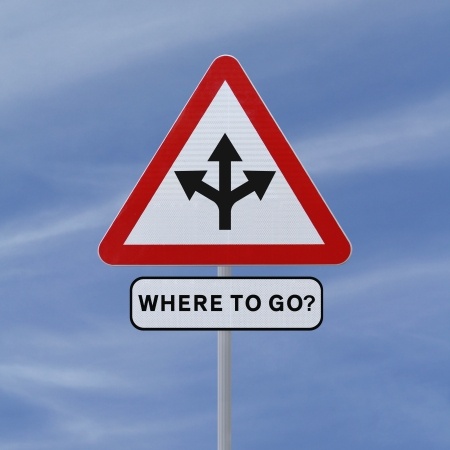 An important first step in setting a goal is selecting the goal we hope to achieve. You have likely heard the old adage be careful what you wish for because you might just get it. The truth is we as trainers are in the business of bringing dreams to fruition. 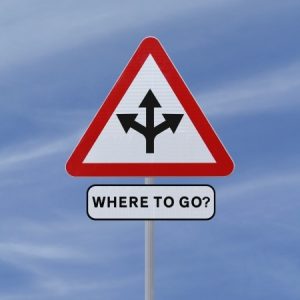 Selecting a goal that does not suit our needs is a waste of time and very discouraging. Would you map a trip to a faraway destination without first knowing what that destination is like? Would you choose a path to get there without knowing how difficult it may be to travel it?

I will present three scenarios that illustrate some common mistakes and a properly executed goal.

People often create a vision of what they would like with little forethought. They grab a hold of the first thing they see like a drowning man adrift in a turbulent sea. Often these goals that we set for ourselves are nothing more than a passing fancy or an ego-driven vision of utopia.

We are desperate to change so we create that change without really knowing what motivated that idea. A good example is an overweight client that has no love for running and suddenly decides that their goal is to run a marathon. While it is certainly an admirable goal, is it what they really want or just something they think would make them happy?

If running is their true passion then that is a fantastic goal. However, if they came to that idea because they feel their friends see them as fat and lazy that goal could become the undoing of their entire program very shortly.

The driving force that keeps you working toward a difficult goal is the passion you feel in your heart.  If you create a goal to please other people rather than yourself you quickly lose your drive.

I call these goals “The Golden Lollypop” because we create them as a pacifier that makes us feel better about our self-doubts. It is a knee-jerk reaction to feeling like you are less than what you think you should be.  Goals need to be set from a position of balance and the Golden Lollypop is a byproduct of a lack of emotional stability at the time you set a goal.

On the opposite end of the spectrum is the goal I call “The Sour Grape”.  Rather than reaching for the moon and stars we settle to shop in the bargain basement. We have the sour grape attitude that it is impossible to reach a lofty goal so why not settle for what life gives you. It is the hidden fear of failure that makes this type of goal so appealing.

The danger of having this type of goal is that once reached there is little sense of accomplishment. What undoes the Sour Grape is the bitter taste of underachievement.  It is hard to maintain the end state of such a goal because there is so little to lose if you go back to your old ways. 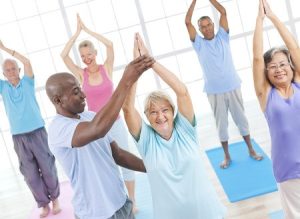 Much like the story of Goldilocks and the Three Bears, there is a point of equilibrium between the two states of imbalance that lead us to make false goals for ourselves.  Once you find this point of balance the goals you set for yourself will be much more fulfilling than those made while trying to compensate for an imbalance. A lofty goal will still be difficult to attain. It has to be or it is not likely to bring you fulfillment.

However, the drive to carry you there will come to you because you will be in a more natural state of being. Instead of constantly fighting the opposing forces that draw you to and fro you will be spending your energy moving in the direction of positive change.

Remember back to when you were a child.  It was easy to imagine yourself being whatever you wanted to be.  If you were playing cops and robbers you would take on the imaginary role of the tireless lawman in hot pursuit of the fleeing bad guy.  It just came naturally to you to see yourself as whatever your heart desired. This visualization is what creates our hidden motivations.

We all exist in a state of lucid awareness that we believe is what makes us do what we do. Yet under the façade of everyday reality, there is a part of your mind that creates your emotions and desires. It is a vibration of thought that is constantly playing on some other frequency.

During your waking hours your mind is constantly filled with a never-ending flow of thoughts and ideas but under all of that chatter is another channel that is also playing but you just can’t hear it. When you reach REM sleep this part of your mind takes over for your resting conscious mind and occupies your awareness with a constant flow of dreams.

Nicola Tesla looked at the falls in the Niagara River and imagined what he could create if he could harness the power of the tumbling water. Imagine how much you could achieve if you could focus the vision of your subconscious mind. If only you had the power to control this constant flow of thought that runs wildly in the background.

You could metaphorically uncork the genie from its bottle by simply having the power to harness these hidden motivations that drive men to greatness or bring them to their knees in emotional defeat? Imagine the power that you could wield.

The truth is that you can. You did it as a child when you imagined what you wanted to be. Your lucid mind communicated what it was that you wanted to be and your subconscious mind rewarded you with happy play. Who hasn’t uttered the words “when I grow up I want to be”?

Setting a proper goal is an important step in the self-improvement process.  There are several pitfalls that can be avoided by taking a six-step personal inventory prior to committing to a goal.

Here are the 6 steps that will help you and your clients to create a balanced goal.

1. Make a list of what makes you feel a need for change.
2. Make a list of what would make your life better.
3. Play devil’s advocate and look at whether a goal will create positive change.
4. Imagine the positive feelings of reaching that goal and decide if it’s a true passion.
5. Weigh the work it will take vs. the pleasure it will bring.
6. Decide if there is another goal that may be better for you at this time.

Goal setting is a process. By taking the time to select the proper goal you are assuring that the time and effort is worth the satisfaction of attainment.

[info type=”facebook”]How do you set goals? If you’re an NFPT trainer, join the Facebook Community Group to share your strategies. If you’re not certified yet, come talk with NFPT here we would like to meet you.[/info]

John Rutnik is a NFPT Certified Personal Trainer. He holds an AAS in Electrical Technology and has been a certified personal trainer since 2008. John has been involved in physical fitness and weight training since the late 70’s and is an avid outdoors man. He became a personal trainer after rehabilitating himself from a spinal injury he sustained in a car accident and losing 70 pounds. John later obtained ISSA Certifications as both a Fitness Trainer and Specialist in Sports Nutrition and became Lead Fitness Trainer at Anytime Fitness in Schenectady NY. His training philosophy is “no man left behind,” everyone deserves a chance to succeed.