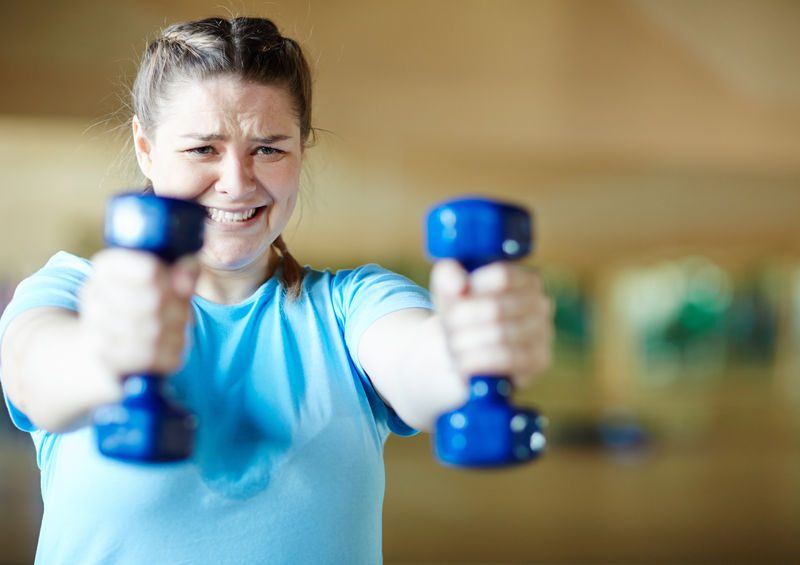 Recently I overheard some clients commiserating about their “dreaded numbers on the scale.” This challenged me to troubleshoot the issue from many different angles until I saw a change.

I decided to steer the conversation in the direction of body fat % as a more realistic goal to set their sights on. Since we were in the studio, I didn’t want the workout to be about punishing their bodies.

We set up a 6-week body composition challenge.

Our local hydrostatic truck came out for the kick off and to educate individuals on appropriate body fat percentage based on their age and goals.

The Challenge of Introducing Muscular Strength

It became my mission to get everyone to substitute one cardio day for one more strength focused workout per week. In an effort to really be impactful, I structured my workouts to focus on muscular strength rather than endurance for our challengers. 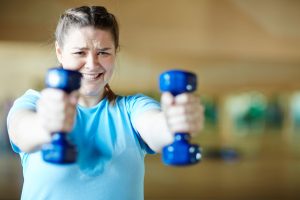 There was a lot of push back on the strength training from many of the female clients. Training women to be strong can be a challenging mission. Some participants flat out said they just don’t like using any weights. One woman actually said she doesn’t use dumbbells over 8lbs because she doesn’t like to be “bulky.”

Throughout the 6 weeks, several challengers continued expressing frustration about their weight on the scale. I urged them to stop weighing themselves and try doing a little more strength training. However, the resistance continued.

I knew that I had to get creative in showing to these challengers why they would benefit from some more strength training. As silly as this sounds, I actually turned to social media for visual aids rather than empirically backed data.

These two sources allowed me to show to clients side-by-side images of women before and after adopting a strength training regimen. Every “before and after” picture also indicated weight in pounds or kilograms. Their weight in the before and after pictures was exactly the same, but visibly their body shape, specifically, their fat mass and lean body mass were drastically altered.

Making a Change One Person at a Time

One client took what we’d discussed seriously and began mixing in a bit more strength focused days. She even started going a little heavier with her weight selections, too. At the end of the 6-week challenge, she had dropped a couple pounds, but most notably her body fat decreased by 3.6%.

This challenge has shown me two really important highlights of being a trainer:

Second, making a difference in at least one individual’s life is truly a rewarding experience.

What are your experiences with tracking body composition and getting cardio lovers to open their minds to strength training? Share in the discussion on our Facebook page.