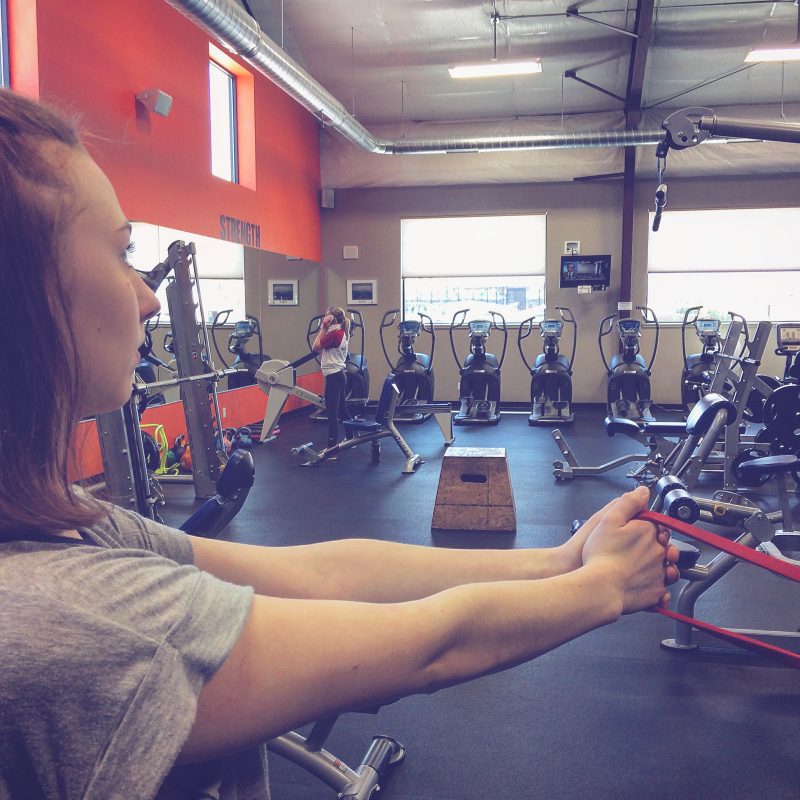 Looking for a new workout routine to use tomorrow? Grab a resistance band and get your clients to add weight to their workout without actually adding weights. This tried and true piece of equipment gets left hanging, when it’s actually perfect way to progress older clients. It’s a handy tool that can be utilized in many ways.

The resistance band is a versatile and dynamic piece of gym equipment, especially concerning your clients in the age group of 40-60 years. When working with this age group, exercise options can sometimes become limited. Resistance band work is perfect for those clients that can’t or don’t want to perform heavy weight bearing exercises, who need to strengthen stabilizing muscles, and for overall joint and connective tissue health.

With clients that have movement and strength limitations, resistance bands are your answer. It is a way to progress from body weight exercises, and simulate resistance training without the actual weights.

I use two different types of bands in this sequence, the full loop and the long band with hand holds. I’ll specify which band is being used for each exercise. 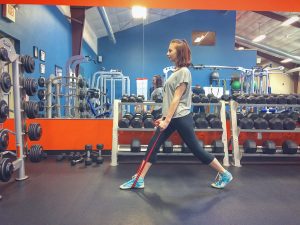 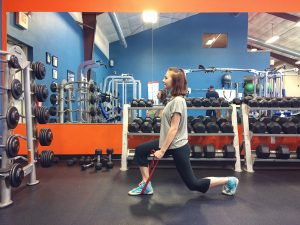 *The elbows are always extended throughout this exercise. Cue your client to keep shoulders away from ears; when returning to beginning position shrugging of shoulders tends to occur. 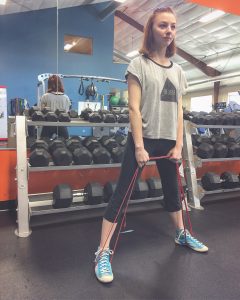 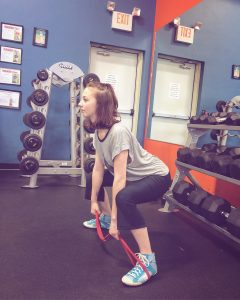 *Cue your client to keep elbows extended throughout entire movement. 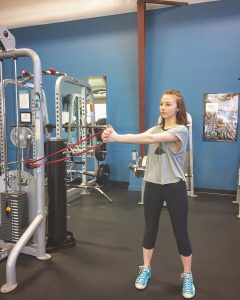 *Make sure all movement is happening above the hips. Both hip bones and feet continue to point forward throughout entire exercise. Keeping the hips immobile is what creates activation of stabilizing muscles and activation of the transverse abdominus as well as the oblique and rectus abdominus. 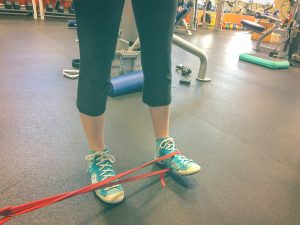 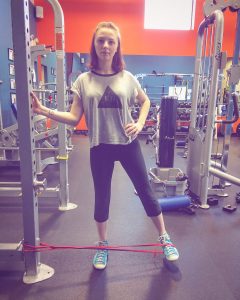 *Movement is only coming from the working leg. The abdominals and standing leg should be burning throughout this exercise. Do not let your client use movement in the torso as leverage to move the working leg. 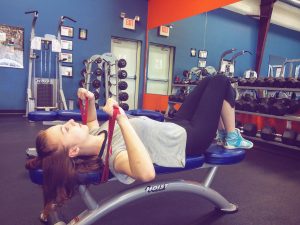 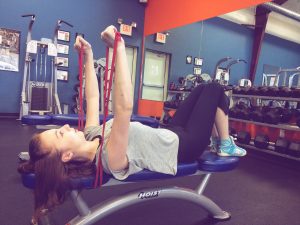 *Be sure to loop band under the bench so that the band is in front of the arms during the exercise (can be seen in both photographs) – this will make it more comfortable for your client. 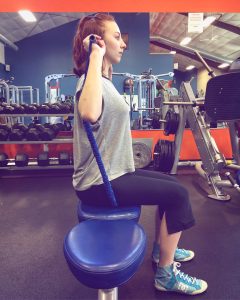 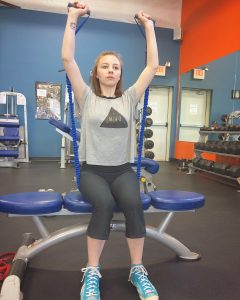 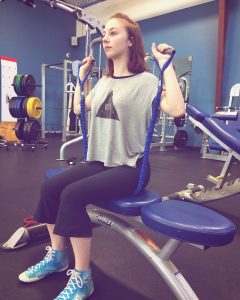 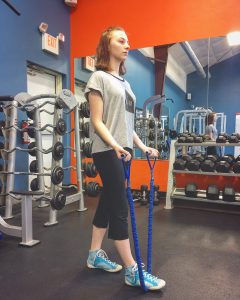 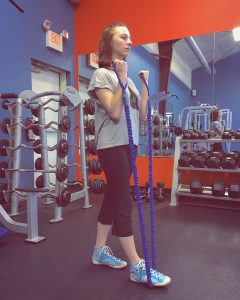 These exercises will get you started. There is so much to be done with resistance band training, you just have to be creative!

[info type=”facebook”]Do you have any fun ways to use the resistance band? If you’re an NFPT trainer, join the Facebook Community Group to share and if you’re not, come chat with NFPT here![/info]